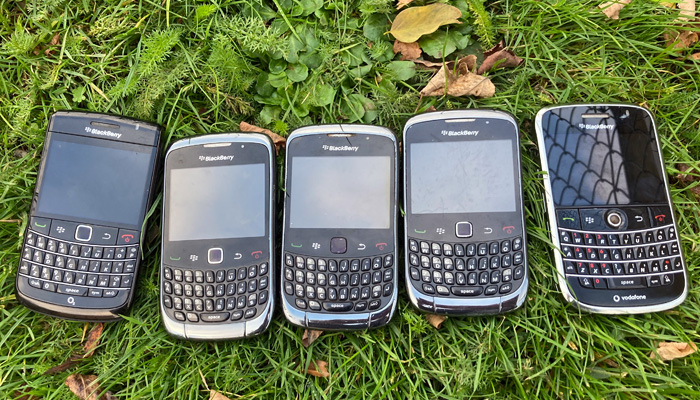 In January 2022, the Blackberry, the iconic phone of the early 2000's and the item that first allowed us to send and receive emails on our phones (about five years before Apple and Samsung did so), ceased to operate. The company is no longer supporting the phones, so they now become a perhaps nostalgic paperweight (for those "lucky" enough to have had one – often provided by their employer).

Now, you may be thinking, what's the link between the Blackberry and the Covid pandemic?

Very simple. BlackBerry kicked off the technological blurring of personal time and office time that these days — with every device capable of connecting us to our colleagues and everyone else — is practically complete. The Covid pandemic, and the resultant actions of governments around the world, put a near-embargo on us meeting together and have perhaps inadvertently accelerated this blurring of personal and office time. The majority of business communication now is, or recently has been, via email, text, Skype, Zoom or some other technological form of communication. Face to face meetings within offices and within what was once called "office time", are almost a thing of the past.

And now as we move into this 'new normal', many organisations are struggling to deal with the changing nature of work – often to the detriment of their employees, through such things as micro-managing, over-supervising or perhaps even worse, under-managing. Others have seen the positives and have found a new and revitalised outlook on the nature of work, for example, where, when and how it should be done.

As you read this story, many of you will have experienced a work from home period or perhaps even a hybrid home / office period. Much has already been written and studied on the plusses and minuses of these workplace changes. However, the jury is still out on a raft of the results. For example: Is the new form of work more or less productive? Is it better or worse for staff morale, motivation and engagement? Does it help or hinder the development of 'team', or even more importantly, 'organisation culture'? And are such things as long established power balances now shifting, requiring new boundaries and psychological contracts to be considered and negotiated?

No doubt you'll have your own views on these and other questions. However for leaders, this new normal can be a really tough gig!

One company, the $80 billion, Sydney based tech giant Atlassian, has met this leadership challenge head on. At its recent annual conference, it announced that under its new 'Team Anywhere' policy, the company's 5,700 global staff will be allowed to work from anywhere as long as the company has a base there, they have a legal right to work there, and the time zone is broadly aligned with the rest of their team. Remarkably, employees will be expected to come into the office only four times a year, though interestingly, most have said they still plan to attend in person at least 50% of the time.

"Talent still exists anywhere, it just doesn't happen to need to exist within 50 kilometres of an existing office," Atlassian co-founder and Co-CEO, Scott Farquhar said. "If you want to have an office environment you can do that", Farquhar said of how the new arrangement will work, and added "the policy will stipulate that you're not allowed to have meetings with only some of your co-workers, if one person is on Zoom everyone's on Zoom individually."

This surely represents Atlassian's commitment to remote work well after the pandemic demands it.

Another company, Perpetual Guardian, a New Zealand-based trust company, has forward-thinking leadership, which has been addressing the "work from home/work in the office" question since 2018, long before Covid. It has taken a different approach and made the four-day week a standard part of the way it works.

The basis behind Perpetual Guardian's four-day week is to encourage staff to consider how they can organise time off within teams while still meeting customer and business imperatives while giving employees sufficient time to think about how they can work differently, and encourage them to come up with their own measure of productivity.

Andrew Barnes, Perpetual Guardian founder, says the four-day week is "not just having a day off a week – it's about delivering productivity, and meeting customer service standards, meeting personal and team business goals and objectives."

Perpetual Guardian tested their assumptions about productivity through a company-wide trial, the results of which made headlines around the world. As Barnes commented, "the rise of the gig economy represents a new industrial era, and we have not had a conversation about its implications for our economy and society".

And the results for Perpetual Guardian? The company claimed productivity increased by 20 per cent during the trial, and staff were more engaged and enthusiastic.

And here's the kicker - Perpetual Guardian which has more than 240 employees spread across the country, made the four-day week not compulsory, but an option for all its full-time workers!

These are but two examples of organisations that have approached the question of why, how, where and when, work is done, in quite different ways.

So how is your organisation managing this 'new normal'? And more importantly, how are those efforts working out for you?

Bob Selden, is an author, management consultant and coach based in New Zealand and working internationally. Much of his time currently is spent working with family businesses. He's the author of the best-selling What To Do When You Become The Boss. His new book, What To Do When Leadership Is Needed, will be released soon.