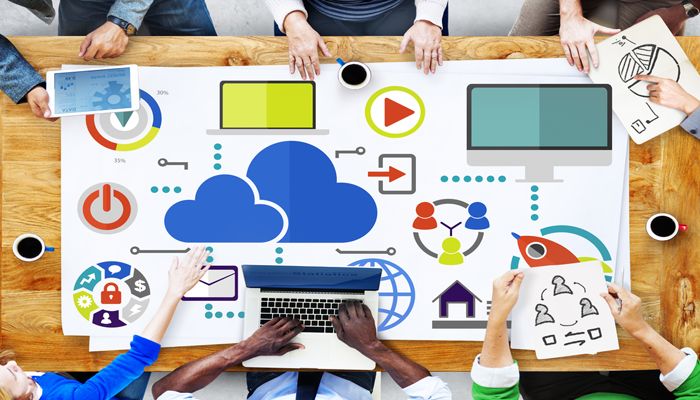 The business world is experiencing several radical shifts (in the form of both COVID-19 and Brexit) that many executives lament were unexpected and seem to have caught whole swathes of the economy off-guard. Although many organisations have adapted well over the last year, many did so in spite of themselves as teams were forced to rapidly and reactively reorganize their operations. Businesses need structured plans for the unexpected; they need to become robust organisations that can proactively strategize for the next radical change.

A London-based company I once worked with put together a plan for a potential scenario they worried would make day-to-day operations impossible. If mass transit in the city were to become unusable, say as a result of a terror attack or widespread political unrest, how could their employees travel to the office and continue to work, they wondered. Although circumstances such as these looked far off, they knew they needed a damage-mitigation plan that would allow their employees to work from home. So they built one.

Just having such a plan in place influenced everything from their technology purchasing to the way they structured emergency communications channels; it provided a framework for building a more resilient business that could resist disruption. The plan paid dividends soon enough, as it enabled them to quickly transition to remote operations when the global pandemic brought social distancing regulations into effect in the UK, a mostly unforeseen scenario.

This is an example of scenario planning; the capability to plan for potential events which could disrupt your business model in any way. When undertaken in a structured manner, it is a tool for developing proactive strategies that can be enacted in times of crisis, but it can also be a way to highlight potential weaknesses in your organisation or operations. It is not about predicting any single disaster, but using a series of “What if” scenarios to identify critical areas of the business and develop proactive crisis plans.

So how do you implement structured scenario planning for your organisation? Companies often do this with thousands of participants across a multitude of scenarios over several days. However, let’s start small. If you want to test this out in a session in your current organisation over the next few weeks, follow these steps:

How to Structure a Scenario-Planning Session

1. Gather a team of participants: The number of participants increases the breadth of ideas you can grapple with in a single session. As an initial test-run, convene a group of no less than 12 people up to 25 (any more and you should include a trained facilitator). The group should be as diverse as possible representing a range of perspectives from within the organisation. Tell the team to imagine that they are a cross-functional and level team charged with addressing a crisis.

2. Present them with a ‘What If’ scenario: Encourage general resilience by having the team focus on a specific “What If”. This will help the group examine how a specific crisis might affect the whole of a business. Some starter examples might be: “We have just had word that our largest supplier is filing for bankruptcy at the end of the month and we will be receiving no more product from them after that point.” Or perhaps, “The government has selected us for a contract that will double our current production output, but we need to be ready to deliver in three months” (scenarios can be positive too). The scenario must be relevant to a core feature of your organisation, occur within a fixed time period, and stress your operational capabilities.

3. Ask them to identify concrete challenges: Consider how the scenario will stress your systems. Encourage people to identify areas the scenario will cause the current systems to breakdown or fail, in both the short-term and long-term. In a scenario where capacity doubles, you may need to add a third shift or work overtime, but it will also have secondary and tertiary effects such as equipment breaking down faster and you might need more support staff to aid the new workforce. Participants should be asked to contribute any areas where the crisis would challenge the operating of their teams and they should use company data and systems to support your discussions.

4. Prioritise the Challenges: A crisis may stress many parts of your organisation, but not all of them are critical. See if the participants can plot the challenges on an urgency/importance matrix or some other prioritisation chart.

5. Have them develop solutions: How might the organisation mitigate the identified challenges, starting with those most important and urgent? And how might you build your current capabilities to deal with them? How might you operate in the long term if the challenges continue? A workforce can sometimes sustain an increased workload for a limited amount of time but will then, like equipment, begin to break down. A staffing solution would be to build a pipeline of potential talent. A solution for equipment wear-and-tear could be to identify a source for new equipment, and this might necessitate increased financing. The group should not be afraid to get into the details of any plan they begin to formulate.

6. A New organisational state: What do the new company’s operations look like if you are successful at adapting to a scenario? What will the critical changes be?

7. Re-assess: Scenario plans can be implemented for more than one solution. Ask yourself whether there are other scenarios where some of the learning from examining the challenges could be applied? With one scenario this can be difficult. However, if you run multiple scenarios, it is easier to identify areas of your business that have frequently been found to have weaknesses. The likelihood a single scenario will come true may be low, but the likelihood that an area of your business that consistently fails under a range of scenarios will someday fail, may be higher than previously thought.

Finally, remember that scenario planning is not a practice which can be done just once; even companies that run large, company-wide sessions revisit them in smaller groups and adapt their plans over time. Repeating the process will help you and your team know your organisation more intimately and identify the areas of your business that may one day need attention in order to survive a radical shift in the business environment. You may not be sure when it will come, but you will need to be prepared for it.

James Berry is Director of the UCL MBA at University College London. Before joining UCL, he obtained his PhD in Organizational Behavior from the University of North Carolina at Chapel Hill.

Leveraging the gift of crisis

Get ready for the unexpected

Planning for the future