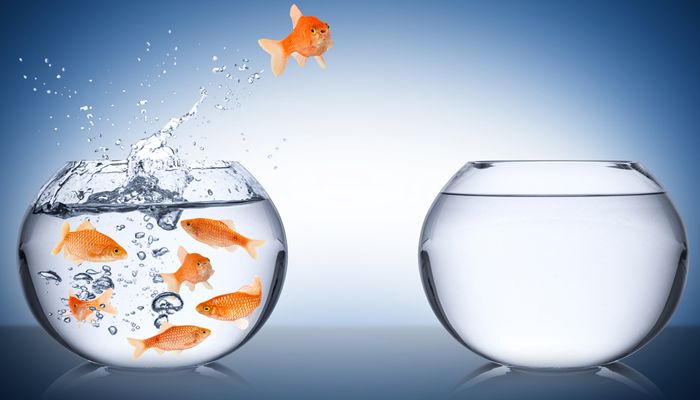 People with ambition, people who want to achieve something extraordinary and are unwilling to settle for an average existence, are usually driven by one of three key motives: they want money, they want power or they want fame. And anyone who strives to stand out from the masses in one way or another is met with hostile suspicion from left-wing ideologists.

If someone is worse than the average, they are deemed to be a victim of society. They are, by definition, “disadvantaged.” And of course, the “disadvantaged” deserve all our kindness and sympathy. In contrast, anyone who suggests that an individual might actually be responsible for their own situation rather than, for example, pointing an accusing finger at society, is immediately met with indignation. Moreover, anyone who is better than the average, who stands out from the masses, is all too likely to become the target of envy and resentment, sometimes even worse.

Across the United States, the coronavirus pandemic incited a wave of aggressive hostility against Asian-Americans. And while Covid-19 is certainly to blame for the recent increase in racist incidents, academic research into stereotypes and prejudices confirms that resentment against Asian-Americans has far deeper roots. Asian-Americans represent just 5.8% of the U.S. population and yet, much to the chagrin of other groups, they have higher household incomes and are disproportionately well-represented at the nation’s elite universities. According to prejudice researchers, Asians are primarily accused of being overly ambitious and competitive.

In my study, The Rich in Public Opinion, I developed the theory of compensation strategies. Accordingly, when an individual is clearly superior in one domain, for example they are wealthier, more attractive or more intelligent, others tend to assume that the superior person must inevitably be equally inferior in other domains. Apparently, large numbers of people believe in a form of natural retributive justice, which, ultimately, restores everyone to equality. By this logic, anyone who is exceptionally good in one domain must be exceptionally bad in others. In fact, there is no evidence for this whatsoever.

When confronted by more successful individuals, one strategy less successful people use to preserve their self-esteem is to point out what they have to offer or to highlight those specific domains in which they think they are doing particularly well. But this approach can only work if other social groups – in this case, the top tier of society – are accused of weaknesses or shortcomings in the domains deemed relevant by the less successful.

Studies have shown that less financially successful people commonly employ these kinds of compensation strategies. They question the very notion that financial success is a major factor in life satisfaction and choose to emphasize the importance of certain values, such as interpersonal relationships, morality and family life. But even that is not enough. In order to truly believe themselves superior to the rich, they also need to nullify the possibility that the rich could be just as good (or perhaps even better) in any of these domains. Thus, stereotyping the rich as cold-hearted, as having dysfunctional family lives and unsatisfactory interpersonal relationships, as being selfish and morally inferior, all serve to affirm the less successful individual’s own feelings of superiority and compensate for feelings of inferiority.

These compensation strategies are by no means applied solely to the rich. Even physical attractiveness arouses feelings of suspicion, because beauty appears to violate the principle of equality. As soon as anyone raises the subject of beauty, they are quickly reminded that beauty is supposedly “in the eye of the beholder” and that everyone is allegedly beautiful in their own way. Guided by the same principles, the organisers of the most recent Miss America and Miss Germany pageants decided that their winners would no longer be crowned for their outward physical appearances but their personalities.

Based on prevailing stereotypes, attractive people might look good, but they are probably not all that intelligent. Moreover, a number of psychological studies have confirmed that attractive women have to contend with more prejudices when they apply for a management position than do comparatively less attractive female applicants.

The same applies to highly gifted individuals, whom might be respected for their intelligence, but are otherwise dismissed as idiosyncratic nerds who can’t cope with the demands of everyday life and have probably failed their driving tests at least three times. As far back as 1867, Karl Marx wrote in Das Kapital that in modern society, human equality has become a “popular prejudice”.

People who claim that they want to stand out from the masses and who think they are special – and who are actually special! – are regarded with suspicion under the egalitarian zeitgeist. “I didn’t want to be like everyone else. I thought of myself as special and unique and not the average Hans or Franz,” writes Arnold Schwarzenegger in his autobiography Total Recall. Anyone who shares Arnold Schwarzenegger’s conviction will be branded a narcissist because their very existence is a protest against the supremacy of the mediocre. German fashion designer Karl Lagerfeld greeted a journalist with the remark: “I was once a mere mortal like you.” And that’s exactly what he never wanted to be – a mere mortal like everyone else: “I no longer feel like a human being.”

Despite widespread envy and resentment, there are still many people who love and admire extraordinary personalities, perhaps precisely because they put into words and actions something that so many people feel or would love to express themselves: That they aren’t willing to accept being just another fish in a sea of mediocrity, they strive to be something unique and special.

Dr Rainer Zitelmann.is a historian, management consultant and entrepreneur and the author of 24 books. The most recent, “The Art of a Successful Life”, collates a myriad of quotes from thinkers across the ages to inspire readers to think about their lives and their goals, and to give them the confidence and strength to cope with difficult situations.

Define yourself to create success