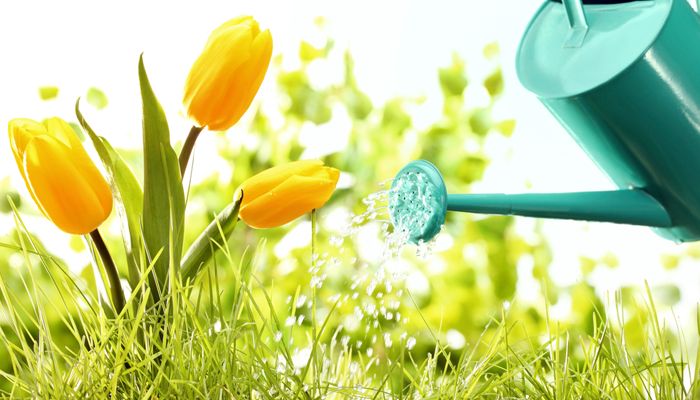 What do you do when you are leading one of the most highly trained and efficient military forces in the world and you’re having trouble defeating a weaker enemy that uses speed and adaptability to outmaneuver you?

That was the challenge General Stanley McChrystal was facing when he took command of the Joint Special Operations Task Force in Iraq in 2003. While the general’s army was organized into a efficient hierarchy, the Al Qaeda terrorists were gaining an advantage by operating as a decentralized network of local units that could move quickly, strike brutishly, and become hidden in plain sight by blending into the local population. Al Qaeda was clearly a different kind of enemy and defeating them would require different ways of thinking and acting.

McChrystal quickly recognized that if his army was going to subdue the terrorists, he would have to solve their adaptability problem. Because efficient practices are often barriers to adaptability, he knew becoming more agile would mean abandoning centuries of conventional wisdom and adopting new rules for managing his troops. These new rules would be guided by a key principle that emerged as an observation from McChrystal’s leadership team: it takes a network to defeat a network.

In considering how to transform his troops into an adaptable network, McChrystal recognized that he would need to radically change his mental model about how organizations work. Through his education at West Point and his military experience, McChrystal was an expert in command-and-control management. The mental model underlying this assumes that social systems work like machines. This reductionist view of human activities explains why the typical organization chart in both military and corporate organizations resembles a mechanical schematic.

One of the core principles of this model is the separation of planning from execution. In the military that means the generals do the planning and the troops carry out their prescribed orders. The implicit assumption here is that organizations are most effective when they are designed to leverage the individual intelligence of the elite few at the top. It also presumes that detailed planning can achieve predictable results. So according to McChrystal, hierarchical leaders are trained to think like chess masters using their individual talents and skills to exert control over their opponents. In hierarchies, the power of an organization is a derivative of the skillful exercise of power by those in charge.

In contrast, the network model assumes social systems work like organic ecosystems. In networks, power is a derivative of the strength of the connections among all the participants. Unlike hierarchies, effective networks leverage the collective intelligence of the many and create a shared understanding across the organization. This provides the wherewithal for participants to autonomously adapt to unpredictable circumstances. Accordingly, decentralized structures are impervious to the usual control tactics that are effective between two hierarchically structured enemies. Neutralizing an adversary’s central command is not an option when the enemy is a decentralized network.

The construction of powerful networks that are an evolutionary leap in the ways we create intelligence and build organizations is the great promise of digital transformation. Thanks to the unprecedented potential of digital connectivity, centralized hierarchies that leverage the individual intelligence of an elite few are rapidly giving way to distributed networks capable of efficiently leveraging human and artificial collective intelligence.

The Dynamics of Organizations

The dynamics for how organizations work involve three critical dimensions: the source of power, the locus of knowledge, and the basis for action. In centralized hierarchies, authority is the source of power. The more authority you have, the more powerful you are. Thus, career advancement in hierarchies is all about being in charge of more and more people.

The locus of knowledge is individual intelligence. In hierarchies, people are seen as individual contributors, and their contributions are continually measured in the time-honored rubric of the performance appraisal. This dynamic fosters an environment where workers compete with each other to demonstrate who is the smartest, and thus, most worthy of promotion to higher levels in the organization.

Finally, the basis for action in the top-down hierarchy is control. Traditional organizations employ a collection of control mechanisms to get things done. These controls are designed to assure that workers are carrying out the directives of senior managers and that the actions of the organization are consistent with management’s plan. For many, if not most managers, control and management are interchangeable terms.

The dynamics of command-and-control management have defined organizational life for well over a century and have become so institutionalized that we find it hard to image how an organization could operate any other way. We can appreciate the challenge General McChrystal faced when he realized he needed to learn how to build and lead a networked organization.

The dynamics for how distributed networks operate are radically different from their hierarchical counterparts. The source of power in networks comes from the extent of connectivity among the participants. The simple act of connecting things radically changes how power works by shifting the exercise of power from the elite few to the many participants. This is a profound transformation that can often go unrecognized by traditional leaders until the full consequences of the new power dynamic can no longer be ignored. This was a lesson the top executives at the Encyclopedia Britannica learned when the connected crowd of Wikipedia displaced their two-century-old business model.

The locus for knowledge in networks is collective intelligence. The ability to aggregate and leverage the intelligence of everyone is a powerful tool because networks have a dramatically faster path to knowledge, as we learned in the summer of 2011, when Firas Khatib, a biochemist at the University of Washington, turned to Foldit to solve a stubborn molecular puzzle that had stumped the world’s best scientists for over a decade.

Foldit is a collaborative online video game developed by the University of Washington that enlists players worldwide to solve difficult molecular problems. What’s most interesting about Foldit is that most of the more than 250,000 players have little or no background in biochemistry. There are no special requirements for joining the Foldit community, everyone is welcome. The puzzle involved figuring out the detailed molecular structure of a protein-cutting enzyme from an AIDS-like virus found in monkeys. Cracking this puzzle could be the breakthrough needed to arrest the medical malady.

But when Khatib presented the molecular challenge to the Foldit community, what had evaded the world’s best individual scientists for ten years was solved by the collective intelligence of a diverse group of experts and non-experts in only ten days.

The third organizational dimension is the most radical difference between networks and hierarchies because it captures the essence of the paradigm shift between the two organizational models. Because the centralized hierarchy is an efficient mechanistic model, control is the basis for action. The distributed network, on the other hand, is an adaptive organic model that relies on informed self-organization to continually adapt to changing circumstances. This shift in the way things get done from controlled efficiency to self-organized adaptability radically transforms the role of leadership.

Becoming a Different Kind of Leader

Transforming his organization into a superior network meant that McChrystal had to become a different kind of leader. In his words, he needed to stop playing chess and become a gardener. He needed to shift his focus from moving pieces on a board to shaping an ecosystem.

He accomplished this by structuring his troops into fractals of relatively autonomous teams, with select members from each team participating on intersecting teams to form a network that enabled a transparent shared understanding across the troops. The leveraging of this shared understanding greatly increased the capacity of the army to add the advantage of speed and adaptability to their existing resource superiority. And by discarding a rigid command-and-control structure and transforming his organization into a decentralized network, McChrystal was able to prevail over the enemy.

In making this transformation, McChrystal learned a valuable lesson that applies to many business organizations: Centralized control is not an effective tool for managing the increasing complexities of twenty-first-century operating environments. Control may have worked well for the complicated mechanical environments typical of the twentieth century, hierarchies are ill-equipped to handle the complexities of a hyper-connected rapidly changing world. In markets where speed and adaptability define success, the best leaders are gardeners not chess masters.