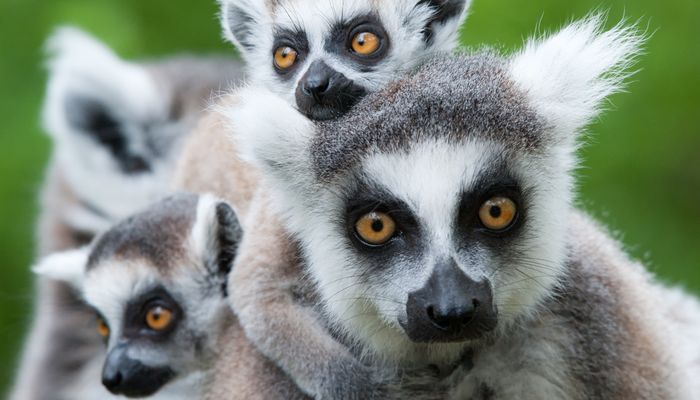 The celebrated management guru Peter Drucker once observed that the invention of Scientific Management was the one American idea that “swept the world”. Its imprint on the working dynamics of both public and private organizations has been so pervasive that it’s arguable the greatest innovation of the Industrial Age was not the automobile, the airplane, or even the computer, but rather the hierarchical management system that solved the riddle of how to effectively organize the work of large numbers of people.

Before the invention of management, the size of the typical business was about four people. That’s because work was about tilling the farm or mastering a craft. When production happened on the family farm or in local shops, organizing workers was a relatively easy task. Business owners did not need strategy sessions, intensive data analyses, or elaborate operations to make a profit. They just needed to find places to sell the food they grew or the goods they made. Things were relatively simple when all business was small business.

However, as we approached the end of the nineteenth century, the proliferation of mechanical inventions was opening up unprecedented possibilities for how humans in combination with machines could perform work faster and cheaper. But these possibilities would only be realized if we could find a way to coordinate the efforts of multitudes of people.

Frederick Taylor, an American mechanical engineer and arguably the world’s first management consultant, devised a solution he called Scientific Management. Taylor had been perplexed by the disparity between the efficiency of the novel machines and the conspicuous inefficiency of the practices of the people who worked with these scientific marvels. To close this gap, Taylor was convinced that people needed to be as efficient as machines by doing more, faster, and with less effort. In other words, people needed to be organized like machines.

Adapting the long-standing command-and-control protocols of military forces, Taylor introduced the top-down hierarchical organization to the burgeoning industrial enterprises. This provided the human framework to achieve his desired design and explains why the typical organization chart looks like a mechanical schematic.

To assure optimal efficiency, Taylor applied scientific methods such as time and motion studies to discover the best way to perform each task and to develop the appropriate standard methods for workers to follow. Taylor believed that there was one right way to do each job and that workers required close supervision if work was to be done right. Thus, the discipline of management was created with the sharp distinction between managers and staff that continues in many organizations over a century later. Despite the enormity of technological progress across the twentieth and into the twenty-first century, the nineteenth-century Scientific Management model has remained stubbornly enduring.

However, the clear preference for holding onto this Industrial Age linchpin may soon be no longer an option because there is an emerging revolution hidden in plain sight that is likely to radically transform the practice of management as we’ve known it.

This revolution is being is being led by a small but growing group of vanguard companies that are embracing a very different management paradigm and proactively eschewing the longstanding command-and-control model. They do not buy into the notion that the efficient machine is the epitome of organizational excellence. Nor do they believe the essential work of maintaining a sustainable competitive advantage is about preserving the status quo.

The vanguard leaders recognize that, in these first decades of the twenty-first century, we are working in a new and very different world that is continually transformed by the twin forces of accelerating change and escalating complexity. They know that, when the fundamental dynamic of the organizational effort is more about keeping pace with change than preserving the status quo, the better design paradigm is the network, not the machine.

What separates these vanguard companies from their traditional counterparts is that their managers understand the digital revolution has radically transformed the business world by spawning a constellation of powerful networks that open up new and more productive ways to do business. Put simply, with the rapid emergence of the Digital Age, we suddenly find ourselves in a new business world where the old rules of mechanical efficiency are being displaced by the new rules of networked connectivity.

The managers of the vanguard companies - which include Amazon, Google, Gore, Morning Star, Whole Foods, Wikipedia, and Zappos, among others - are thriving because they have mastered the new rules for leading networks, and in so doing, they have completely overhauled the fundamental disciplines of business management.

I call this new world the wiki world and the new management model used by the leaders of the vanguard companies -1t" target="_blank"> Wiki Management. Wiki is the Hawaiian word for “quick” or “fast” and aptly describes the new set of management disciplines designed to help managers keep pace with accelerating change. Wiki Management assumes that the most effective organizations are highly connected, self-organized collaborative networks that leverage the power of collective intelligence to achieve extraordinary results. When we closely examine the organizational behavior of the companies that are practicing Wiki Management, we discover that these enterprises are built around five very different disciplines that are rarely, if ever, practiced in traditional businesses. These five disciplines are:

1. Understand What’s Most Important to Customers. In a hyper-connected world, the best companies are customer-centric. Their people clearly understand that they work for the customers, not the bosses. Accordingly, they build their strategies around what matters most to customers and design their processes to give delighting customers priority over pleasing bosses.

2. Aggregate and Leverage Collective Intelligence. In a knowledge economy, organizations are fundamentally intelligence systems. Today’s most intelligent organizational leaders no longer leverage individual intelligence by constructing functional bureaucracies; they cultivate collaborative communities with the capacity to quickly aggregate and leverage their collective intelligence. These enlightened leaders fully understand that nobody is smarter and faster than everybody and, as they build their organizations, show a clear design preference for building networks rather than hierarchies.

3. Build Shared Understanding by Bringing Everyone Together in Open Conversations. Companies that successfully manage at the pace of accelerating change understand that the most powerful organizations are those that have the ability to gather the whole system in one place. By bringing everybody together and creating innovative processes to expand the conversations and effectively integrate diverse points of view, they have the rare ability to co-create a powerful shared understanding that drives clarity of purpose across an entire organization. As the pace of change continues to accelerate, managers are increasingly discovering that shared understanding is far more effective that compliance in fostering organizational excellence.

4. Focus on the Critical Few Performance Drivers. The most effective leaders know that management is about creating the future. And when they are good at creating the future, they never have to explain the past. That’s why smart leaders don’t focus on outcome measures; they focus on the driver measures that create the outcomes. If you want to manage at the speed of change, it’s far better to lead than to lag.

5. Hold People Accountable to Their Peers. The secret to mastering the unprecedented challenges of the wiki world is to make sure that no one in the organization has the authority to kill a good idea or keep a bad idea alive. In the best businesses, leaders aren’t bosses; they’re catalysts and facilitators orchestrating collaborative networks. The leaders of these networks consistently achieve extraordinary results because they understand holding people accountable to their peers rather than to supervisors is the great enabler of the collaboration necessary for speed and innovation.

The Penchant for Control

Despite the vanguard leaders sustained and often celebrated success, the network-based model that underlies their prosperity is rarely copied by their legacy counterparts. To do so would mean that executives would have to learn to become facilitators of collective intelligence rather than propagators of their own individual intelligence, and, more importantly, they would have to give up their penchant for individual control and instead become experts in cultivating the broad-based shared understanding necessary for those closest to the customers and the processes to make on-the-spot decisions that continually increase the value of the company.

The control mechanisms that are at the foundation of Taylor’s management model are increasingly misaligned with the realities of a rapidly changing hyper-connected world. Markets change faster than companies can deliberate decisions up and down a chain of command. And, as Eric Teller, the CEO of Google X, has presciently noted, for the first time in human history, the rate of technology change now exceeds the rate at which most individuals can absorb the change.

While the penchant for control may feel compelling when navigating a volatile and uncertain business landscape, it is a trap. Leveraging the intelligence of individuals who, through no fault of their own, are now incapable of processing what is happening in the world in real time and then giving them the power to tightly control the work of others is a formula for disaster.

While giving up personal control by learning how to leverage collective intelligence and shared understanding may feel unfamiliar, and even strange, developing the capacity to build and lead networks that can rapidly respond and evolve to fast changing circumstances is the only sustainable competitive advantage in our new wiki world.