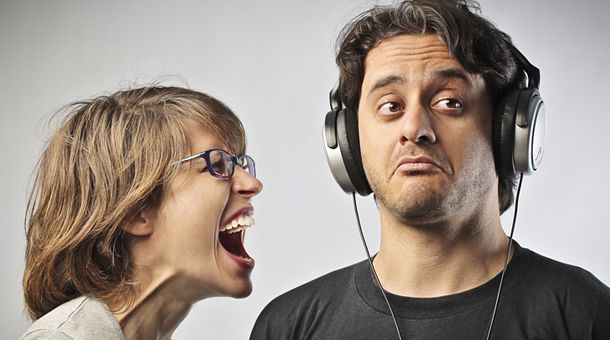 Image from Shutterstock.com
Jan 02 2020 by David Livermore Print This Article

Someone cuts ahead of you in the security line at the airport. It’s the same woman who cut in front of people at the check-in counter a few minutes ago. Do you say anything, shake your head in disgust, or take a deep breath and ignore it? Some of us would be quick to let her know that we’re all in a rush and she needs to step back and wait her turn. Others of us would bite our tongue and say nothing.

Do you scold her loudly on behalf of everyone else in line? Or do you quietly confront her in a more measured way? What’s the right way to respond to this kind of situation? It depends!

First, there are different cultural norms surrounding queuing. And we need more information about why she’s doing this before we jump to conclusions. But the issue I’m most interested in considering is the wide variance in what we deem as “appropriate” ways to express frustration. I’ve been thinking about this a lot over the last few weeks. Many of the workplace challenges I observe are related to the cultural value difference we describe as Neutral versus Affective. Neutral cultures believe that minimizing emotional expressiveness is a sign of dignity and respect, whereas Affective cultures value expressing feelings.

Go through a security line in a Japanese airport and the staff say virtually nothing, other than “Kindly place your jacket in the bin” or “I’m sorry, but you’ve been selected for a random screening.” Go through the same kind of line at a New York airport and TSA agents start yelling at you as soon as you get in line: “Laptops out . Empty your pockets. No water bottles…..Some of you aren’t paying attention! Laptops out…” And on it goes. Most Japanese are Neutral communicators. Most New Yorkers are Affective communicators.

Okay, so some cultures yell at you more than others. It can be irritating but it’s not a big deal. However, there are some situations where this difference can be a big deal.

Many of the hospitals we work with have safety policies where medical staff are instructed to note their concern if they believe a patient may be violent. Many of the patients who are labelled as “violent” come from different cultural backgrounds than the hospital staff. If nurses come from a Neutral orientation, they believe disappointment and anxiety should be discussed in calm, measured ways. Tears are understandable but losing your cool isn’t.

But many of the patients who are labelled ‘violent’ are Affective communicators. Their response to bad news often results in yelling, crying uncontrollably, and what some might describe as wailing. Are these patients really more violent or are they just openly expressing their emotions? Once you’re labelled violent, there’s an implicit reluctance by staff to provide the same level of care.

A psychologist with one of the largest police departments in the US describes a similar situation. His chief responsibility is focused on assessing and mitigating threats across a diverse population of over 10 million people.

“I believe 75 percent of what we deal with requires high levels of cultural intelligence,” he says. “Our officers have not been trained to know whether someone from a different cultural background is exhibiting a behavior that should be considered a potential threat, mental illness, a culturally derived emotional response to crisis, or some combination thereof.”

A great deal of what he describes comes back to the difficulty of discerning Neutral versus Affective behavior.

To avoid misjudging someone’s character or behavior, here are some ways to think more specifically about these differences:

An emphasis on expressive communication and sharing feelings

People with an Affective orientation use a wider range of facial expressions and physical gestures during everyday conversation.

An emphasis on non-emotional communication and controlling emotions

People with a Neutral orientation strive to control their emotions. Reason may influence their behavior more than feelings.

Examples: Chinese, Ethiopian, German, Japanese, Native American, Upper Class, Engineering. The Canadian home where I grew up was a Neutral environment. We used formal manners at the dinner table, fine china was on the table for Sunday dinner, and there was a very strong rule that you should never interrupt someone. This rule about not interrupting guided our family protocol and it informed the way we evaluated other people’s behavior. To this day, I become anxious when someone starts interrupting because that was such a taboo in my family. In Neutral cultures, interruptions are rude unless an emergency really calls for it. Whereas in Affective cultures, interruptions are okay but silence is awkward.

In many Neutral cultures, particularly throughout Asia, silence is not only okay, it’s welcomed. Silence is a sign of respect and it allows both parties to reflect and take in what has been said. In many Affective cultures, the “silent treatment” is viewed as punitive.

Nurses and police officers may wrongfully label someone as violent based on an Affective response, and overlook someone who is violent because of a Neutral response. There are terrorists who never scream and shout. And there are people who scream and shout who aren’t violent.

What should we do?

Cultural intelligence is the only way to effectively understand someone from a different cultural background. With CQ, you have a growing repertoire of tools and strategies for reading a situation, discerning if and how culture may be influencing the situation, and then determining the best strategy for responding respectfully and effectively.

In the meantime, watch how this cultural value plays out over the holidays. Different family members have different orientations on Neutral vs. Affective communication styles as well as people from different parts of the country. And if you’re travelling, keep yourself occupied in the security line by identifying whose Neutral and whose Affective. And if someone cuts ahead of you, it’s usually better to start with a more Neutral response and regulate your expressiveness accordingly.

Don't be too assertive