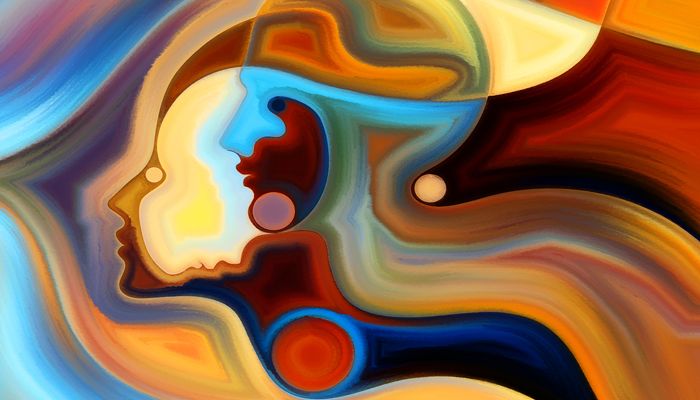 In his recent book, Life After Google, George Gilder challenges the notion that artificial intelligence (AI) will ever be able to compete with human intelligence. He rejects the idea embraced by many technology enthusiasts that the development of AI will lead to a new form of super-intelligence that will be superior to the human mind.

While Gilder acknowledges that computers can reliably perform calculations and propel through complex sets of algorithms at incredible speeds that are humanly impossible, he argues that because machines are fundamentally deterministic and lack consciousness, they are and will remain unable to know or learn anything. Thus, Gilder concludes AI will never be superior to human intelligence for the simple reason that “AI cannot think at all.”

The Limitations of Thinking

In last month’s blog, we learned about the work of Daniel Kahneman and Amos Tversky and how they discovered that people engage in two different thinking modes in their day-to-day lives: fast thinking and slow thinking, which they refer to as System 1 and System 2 respectively. System 1 thinking provides us with the ability to make judgments and decisions quickly from limited available information, while the slower System 2 is what endows us with the capacity to create complex intellectual structures such a mathematics, physics, and music.

While these dual thinking modes have given humans a distinct evolutionary advantage, each of these modes is not without its flaws. System 1 is hampered because, while it is useful most of the time, it is nevertheless prone to result in judgment errors spawned by unconscious biases that often cause us to make confident decisions that are completely wrong. System 2 is flawed because, while this thinking mode is the foundation for a profound level of intelligence, it is an inherently slow path to that intelligence.

We associate thinking with intelligence because we experience ourselves as highly rational people. We define ourselves by our capacity to think. This may explain Descartes’s well known maxim, “I think, therefore I am.” This may also explain why utility theory, which has been the foundational premise of the field of economics, assumes that people are rational agents who, for the most part, make informed and deliberate decisions.

It turns out that our perception of our thinking capacity is more illusion than fact. Kahneman won the Nobel prize in economics because he and the late Tversky convincingly demonstrated that the fundamental assumption of utility theory is incorrect. While we may pride ourselves on our System 2 thinking capacity, it is System 1 that is far more common because the high degree of ambiguity and the rapid pace of events that is the context of our day-to-day lives makes System 2 thinking highly impractical, which is why Kahneman contends, “the intuitive System 1 is more influential than your experience tells you, and it is the secret author of many of the choices and judgments you make.”

In other words, because thoughts and judgments are often more biased than they are rational, thinking can often be more of an impediment than a facilitator of intelligence. And while the less utilized System 2 is an effective pathway to intelligence, it tends to be a relatively slow and inefficient process. This begs the question of whether or not there might be a more efficient pathway to intelligence that doesn’t require thinking.

Yuval Noah Harari, in his latest book, 21 Lessons for the 21st Century, defines intelligence as the ability to solve problems. He asserts that there are several different paths leading to intelligence, and makes the observation, “Just as airplanes fly faster than birds without ever developing feathers, so computers may come to solve problems much better than mammals without ever developing feelings.” Or we might add, thoughts.

We see evidence of this within our own bodies, in which involuntary processes such as cardio-vascular, digestive, and immune systems do an excellent job of solving problems that help keep us alive. These are highly intelligent systems that don’t depend upon thinking to accomplish their work.

A few years ago, thanks to a serendipitous happenstance, I discovered that people are also capable of producing highly intelligent solutions without going through the usual thinking activities prevalent in the typical company. I was working with a business that had needed to significantly improve its website experience for its customers. We had agreed that we would hold a five-hour facilitated session using a familiar format known as the collective intelligence workshop where, for the first three hours, we would iterate between small group discussions to do our thinking and a large group process to consolidate ideas before leveraging the group’s collective intelligence to identify the most important ideas. The final two hours of the workshop would be devoted to coming up with a plan of action to implement the best ideas.

On the day of the scheduled meeting, I was informed that we would only have three hours to do our work. Because two hours were required for the action plan, we were left with only one hour to identify the most important ideas. This meant there was no time for engaging in small group discussions and we had to come up with another way to leverage the group’s collective intelligence to identify the most important ideas. Fortunately, I had recently learned of an innovative practice, which we call the rapid exploring exercise, where individuals are invited to jot down ideas on Post It notes, array them on a wall, and, through two rounds of voting, cull out the top four ideas - all in about 45 minutes.

Although we had never used this practice before, it was amazingly successful. The group initially identified over 200 individual ideas and was very satisfied with the top four ideas that emerged from the two voting rounds. By the end of the session the group had a workable action plan to correct a nagging business problem.

This faster path is similar to the workings of Google’s search engine. Although Google was a late entry into the search arena, it quickly became the most widely used search tool because it used the collective intelligence of the users to identify the best results. Before Google, search engines used the individual judgments of editorial experts to rank various websites.

The Power of Collective Intelligence

What’s interesting about collective intelligence is that it inherently corrects for the human biases that plague individual thinking. Even experts have biases, which explains why James Surowiecki, the author of The Wisdom of Crowds, points out that the diverse opinions of experts, nonexperts, and even eccentrics are essential ingredients in the aggregation of collective intelligence. In other words, the best intelligence doesn’t come from the best individual thinkers, but rather from the cogent aggregation of multiple perspectives.

The last two attributes are particularly important because unbiased solutions, which are indicative of a higher intelligence solution, move a group beyond the limited thinking of the usual biases of differing points of view and enable a broad acceptance of the solution. As a byproduct, these solutions tend to be highly benevolent, otherwise broad acceptance would not be possible. The attainment of higher intelligent solutions is the power of collective intelligence.

If AI applications are designed as collective intelligence systems, they are likely to provide us with an extensive capacity to do System 2 thinking at System 1 speeds. But more importantly, if we apply this capacity to solve our most intractable problems, we may be able to move past the rancid divisiveness and entrenched thinking that prevents us from solving our most pressing problems today.

So by providing us with access to a higher intelligence that is not limited by the flaws of System 1 thinking nor the capacity of single human brains, AI might provide us with a better and faster path to intelligent solutions that are both unbiased and beneficial.

If you're feeling drained, here's why