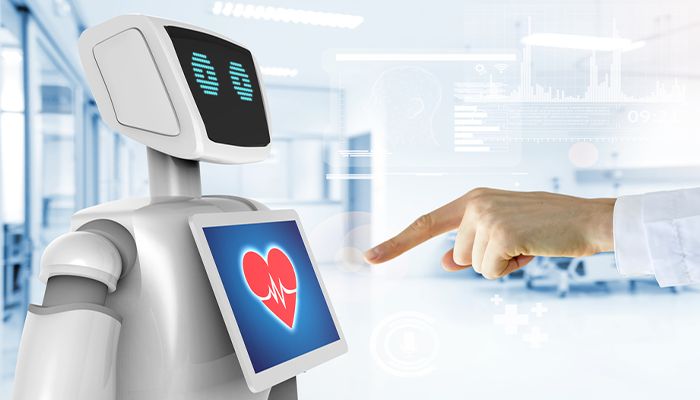 Last season’s NFL playoffs were memorable for one of the worst non-calls in the league’s 100 year history when three officials missed a blatant pass interference foul and arguably sent the wrong team to the Super Bowl.

Questioned about the controversy, NFL Commissioner, Roger Goodell, said: “Whenever officiating is part of any kind of discussion postgame, it’s never a good outcome for us. But we also know that our officials are human. We also know they are officiating a game in which they often have to make snap decisions under difficult circumstances. And they’re not going to get it right every time. As I say, they’re human.”

But it isn’t only sports officials that have to make snap decisions under difficult circumstances. Each of us every day has to make quick decisions when we get behind the wheel of a car, and unfortunately, we don’t get it right every time, which is why there are so many automobile accidents.

What NFL officials missing calls and drivers involved in accidents have in common is that when they reflect back on their decisions, they often say that, at the time, they thought they were making the right call. That’s because none of us chooses to get things wrong. It turns out that while our capacity for thinking is what separates us from other mammals, human intelligence is not without its flaws. Hence the oft quoted proverb, “To err is human.”

The human tendency to err when we think we are right is often evident among friends or family who remember events differently. Whereas, in the past, these different remembrances could escalate into heated arguments, today a simple Google search calmly and quickly corrects any erroneous thinking and, more importantly, spares a lot of hurt feelings.

If you were told a mere twenty-five years ago that sometime in the very near future, you would be able to enter a question into a small hand-held device and that device would be connected to a highly sophisticated information system that could scan all the world’s knowledge and provide a useful answer in seconds, you wouldn’t have believed that this would be possible in your lifetime. Today we take smart phones and Google searches for granted, along with Waze map directions, Amazon book recommendations, and Siri virtual assistants. These new and extraordinary technologies are typically our first experiences of the somewhat dubious phenomenon known as artificial intelligence (AI).

Although these initial applications of AI are very well received by the general public, there is nevertheless much debate about whether AI will ultimately be beneficial or sinister. On the one hand, Ray Kurzweil has written extensively about how AI will benefit and enhance humanity through a human-machine symbiosis, while others such as the late Stephen Hawking have cautioned that the full development of artificial intelligence could result in the end of the human race.

What is clear is that AI is likely to be some form of super intelligence that will be able to move beyond the most substantial limiting factor on our intelligence since the dawn of civilization: the capacity of the single human brain. A better understanding of the relationship between human thinking and artificial intelligence may provide insights into the uncertainty that surrounds the development of AI.

The human brain is a paradox. While it is capable of producing highly developed analytical and creative intelligence, it is also prone to make apparently senseless errors. Why is this so? The answer according to the psychologists Daniel Kahneman and Amos Tversky is that people are nowhere near as rational as they think and are incredibly prone to unconscious biases that influence human decision-making to a far greater extent than we realize.

Kahneman and Tversky discovered that people engage in two different thinking modes in their day-to-day lives. They refer to these ways of thinking by the nondescript names System 1 and System 2. System 1 is fast thinking, which operates automatically with little or no effort. It is highly proficient at identifying causal connections between events, sometimes even when there is no empirical basis for the connection. System 2, on the other hand, is slow thinking and involves deliberate attention to understanding details and the complex web of relationships among various components. Whereas System 1 is inherently intuitive, deterministic, and undoubting, System 2 is rational, probabilistic and highly aware of uncertainty and doubt. Needless to say, these two ways of thinking are contextually very different.

While we may perceive ourselves as predominately rational System 2 thinkers, the reality is most human judgments and decisions are based upon the more intuitive System 1 for the simple reason that we don’t have the time to do System 2 thinking.

For example, if you suddenly find yourself in an unfamiliar place late at night in the presence of a complete stranger with no one else in sight, you will need to make some practical decisions rather quickly. Doing a detailed background check on the stranger is not possible, so you will have to make a fast judgment about whether this unknown person is likely friendly, hostile, or indifferent. You will rely upon your experience and intuition to quickly examine the clues in front of you to decide whether to ignore the person, engage in a conversation, or flee as fast as you can.

While fast thinking is more useful in making immediate choices, it is also more likely to result in judgment errors, even though when engaged in System 1, we tend to feel more confident than when we employ System 2. That’s because the mental narratives that are a natural byproduct of System 1 are likely to result in biases that often cause us to make confident decisions that are completely wrong.

Nevertheless, the development of the human brain with its dual thinking modes is arguably the single greatest evolutionary leap because human thinking has enabled the emergence of a profound level of intelligence. The human brain, despite its flaws and limitations, is the foundation for the most advanced intelligent system in the universe. Both System 1 and System 2 thinking are distinctly human capabilities that have provided humanity with an immense evolutionary advantage. We are capable of developing complex intellectual structures such a mathematics, physics, and music via applications of System 2, and, thanks to System 1, humans have the unique capability to make judgements and decisions quickly from limited available information. And while these judgements aren’t perfect, as we know from our experience in driving cars, they work a remarkably large amount of the time.

The Potential of AI

Imagine how much more intelligent we could be if we could do System 2 thinking at System 1 speeds and significantly reduce the number of errors in human judgements. That’s the potential that AI holds, and if we could realize that potential, it could result in an even larger leap in human intelligence.

Amazingly, this capability existed at the now infamous NFL playoff game. The fast thinking of the officials could have been corrected in real time by the slow thinking of instant replay, except that NFL policies at the time did not allow for the application of the video technology to review pass interference calls.

Almost immediately, the NFL staff in the replay booth knew that the field officials had made an incorrect call but were powerless because they did not have the authority to intervene. Immediately after the game, according to a league source referenced in an article by ESPN’s Adam Schefter, the officials involved were questioned by NFL senior vice president of officiating Al Riveron about the call. One of the officials told Riveron it simply was a "bang-bang" call, meaning that the defender contacted the intended receiver at the moment the receiver touched the ball, which would have been a legal play. But then the officiating crew was shown a replay of the defender hitting the receiver before the ball arrived, and the room went quiet. They knew they missed the call.

In this case, the artificial intelligence of instant replay was available but not usable because of policies that gave precedence to System 1 over System 2 thinking. This situation will never happen again because the NFL has revised its policies to make pass interference fouls eligible for instant replay review.

If the future of AI allows us to do System 2 thinking at System 1 speeds, it is likely to be a powerful resource that significantly curtails, if not eliminates, the inherent biases and predispositions that plague human decision-making. But while this possibility exists, how can we be sure that this new super intelligence will not pose a future threat to humanity? The answer to this question may likely depend upon whether or not our AI systems are designed as collective intelligence systems, which we will be the focus of next month’s blog.

Embracing the paradoxes of leadership

We're in a crisis! Why can't we all just get along?