How to tell if you're mansplaining 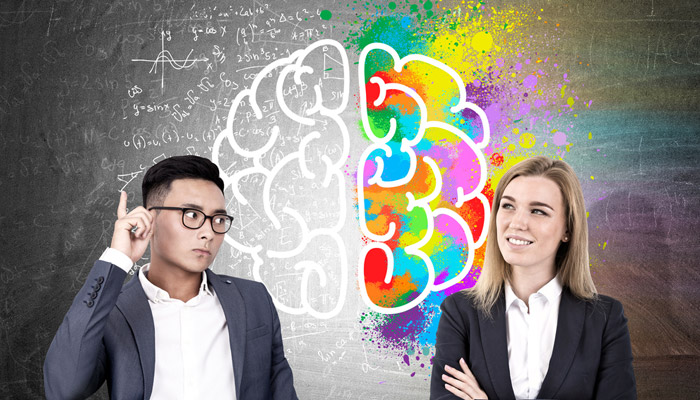 Ever since I heard about this idea of mansplaining, and its close cousin, whitesplaining, I’ve been tripped up by it. Mansplaining is when men feel the need to over-explain something to a woman in a condescending manner. Or it often shows up as paraphrasing what a woman says to others so they understand what she meant, often times interrupting the woman so that we men can say it more clearly for the rest of the world to hear. … Wait. Did I just mansplain mansplaining?

I get it. On countless occasions I’ve watched my male peers needlessly explain what a woman meant as if she isn’t articulate enough on her own. The same thing happens when white people need to explain what a person of color says.

Here’s where I get tripped up. At the core of cultural intelligence is bridging misunderstanding. And a critical part of inclusion is ensuring people understand. So in most any group conversation, I’m continually scanning the discussion to make sure people know what’s being talked about. If I’m with two friends and one of them starts telling me a story about a friend we both have in common and the other person doesn’t know who they are, I stop to make sure the other friend has a little context. If I hear our staff use insider jargon that I think will confuse someone outside our organization, I suggest different language.

So now I’m totally paranoid about whether I’m mansplaning. My friend and colleague, Amy Heaton, has a background in Conversation Analysis and Critical Discourse. She’s a PhD linguist who has enriched my understanding about this in previous conversations. So I asked her if we could have a “public” discussion about this.

Q. So Amy. Is “mansplaining” a real thing or is this just some pop psychology term?
It’s very real and it happens all the time. When a woman pitches an idea, if someone doesn't quite get it, instead of asking for further explanation, a mansplainer just ignores your contributions. Then somehow, an hour, week, or year later, he miraculously has the same idea and he’s convinced it’s his own!. He doesn’t realize you've been planting seeds all along. So he comes into a meeting and says, “This morning on my exercise bike, I thought to myself, Hey, we can just do X!!!”

We all need to get better at introspection and understanding the provenance of our creative, new ideas. Who helped you get there? That’s the first step in addressing this.

Okay. I can see that. This kind of self-awareness is something we measure in our CQ Assessment. But can you give me a couple specific examples of when you’ve experienced mansplaining?
The worst was when we were in a meeting of about a dozen folks and I pitched an idea that a client immediately nay-sayed. This often happens when an interlocutor doesn't totally get something the first time they hear it. Either it's too complex of an idea or too far from their current knowledge base. “No no no, we're not doing that. That would never work. No one would do that.”

Then he thinks out loud about what he wants to do, goes on talking for about 10-15 minutes, proposes multiple things, answering himself along the way, and finally lands on EXACTLY the approach I pitched 15 minutes earlier.

The one I love the most is when men talk about ME when I'm present, purporting to know my thoughts, motivations, and intent better than me in professional spaces. e.g. "Oh Amy just thinks that's a good idea because of that one time X happened.” Or “Amy is just saying that because she was trained in X and all those people think Y.”

Here's one more for you. When a client or boss asks you to come in and brief them on your work, but then never lets you get a word in. This happens to me all the time. “Ok, Amy. So what's going on with X?” I respond with one phrase like, “Well the project is nearing the end of the Period of Performance and one of my concerns is that we are not getting the data we originally....”

BOOM! I'm interrupted before I even finish one sentence and he continues talking about his ideas and thoughts the entire hour, re-hashing the same things he has been saying, (down to exact examples and phrases) for the last five years instead of ever going back to ask the opinion of the one expert in the room.

Okay. I’m annoyed on your behalf just hearing these stories. But how is this a gender thing? Just the other day, someone 20 years younger than me started lecturing me on something I already know a lot about.
I’m so glad you asked this! People think that mansplaining has to be a conscious manipulation but it’s not at all - in fact research shows women interrupt other women twice as much as we interrupt men.

So here’s the key. Whenever we see people from a non-dominant group also contributing to the very oppression of their own group, we know there is a society-wide problem. We have mounting evidence that women are still marginalized in all conversations and discussions in the workplace. Thanks to the work of Jennifer Coates, we have the “androcentric rule,” which basically states that the linguistic behavior of men is seen as the norm. By and large, when women speak as often as men or interrupt as much as men, they are perceived as speaking too much, being too aggressive and bossy.

We’ve all been interrupted by an annoying know-it-all. But what makes it mansplaining is the cultural and societal background in which the conversation occurs. It kind of reminds me of the other question we both often get: “How come it’s not considered racist when a Person of Color does something to slight me?’ Oh BOY! We know that both racism and gender norms have critical structural power imbalances that we simply can’t ignore. The fact that men speak so much more than women in general in the workplace sets the stage for anything less than actively changing discourse norms to make more room for women’s voices or ideas to be mansplaining.

Okay. That’s extremely helpful. And it’s a good reminder that this is never solely about the words themselves. It’s the meaning associated with them based on the context, the communicators, and so much more.

So help me out here. I might be mansplaining (or whitesplaing) if….

Those are exactly the kinds of cues to help us differentiate whether we’re offering a useful explanation (e.g. explaining insider jargon to an outsider) or whether we’re mansplaining. Thank you! So what are a few practical strategies to overcome mansplaining?
There’s no need to get overwhelmed or discouraged by this since there are so many clear ways we can each fix this! Here’s a start:

Thank you Amy! What a great application of cultural intelligence. You not only expanded our awareness but offered us practical strategies for address this.

Why business strategy needs to be more than perfume