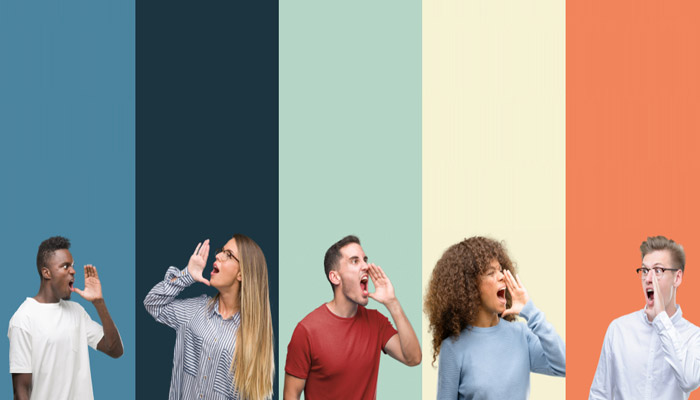 A few years ago, I was approached by a group of three individuals who were associated with an initiative to persuade Colorado voters to adopt a state-wide universal health care program. They had heard about an innovative meeting format that I had used in my work that had a reliable track record for bringing people of wildly diverse - often opposing - perspectives together and achieving a workable consensus for moving forward to solve what had been previously intractable problems.

I explained that the Collective Intelligence Workshop is successful because it incorporates the four conditions that James Surowiecki cited as requirements for accessing collective intelligence in his book The Wisdom of Crowds.

The first condition is diversity of opinion. Having different perspectives - even eccentric notions - broadens the available information, provides the capacity for evolving ideas, makes it easier for individuals to be candid, and protects against the negative dynamics of shortsighted groupthink.

The second is independent thinking. Each individual has to be free to express his or her own opinions without editing and without any pressure to conform to the beliefs of others in the group. Surowiecki makes the point that “paradoxically, the best way for a group to be smart is for each person in it to think and act as independently as possible.” To truly access collective intelligence, the group must be able to draw upon the third condition, local knowledge, because the closer a person is to the problem to be solved, the process to be improved, or the customer needs to be satisfied, the more likely he or she is to have a meaningful contribution.

And finally, collective intelligence is not possible unless there is an effective aggregation mechanism, because a distributed system can only produce genuinely intelligent results if there are processes or algorithms for integrating the content of everyone’s observations and opinions.

Trusting the Wisdom of the Crowd

I suggested to the three backers of the bill that a workshop involving a diverse group of 50 to 60 people would very likely produce a workable - and perhaps - innovative solution to meet their goal. I then asked them if they would be open to supporting whatever solution the collective intelligence of the group produced.

One of the three, who happened to be a professor at a local university, insisted that they already knew the solution and that academic research provided clear evidence for soundness of their initiative. That didn’t surprise me, because whenever I facilitated these workshops, my working assumption was that everyone who attended the sessions felt they already knew the solution and had evidence to support their point of view.

What makes these workshops so powerful is that all voices and opinions are heard and respected as the group does its work. Listening to differing points of view without the usual rush to agreement or disagreement often enables the group to create a higher-level solution than any one individual or viewpoint could produce.

However the professor argued that the purpose of the contemplated session should not to explore new options but to get people on board with their specific solution. I explained that if their goal was to skillfully persuade others to sign on to their solution, the Collective Intelligence Workshop would not work. If on the other hand, they would trust the wisdom of the crowd to identify what is likely the very best solution that the largest number of people would agree with, then the Workshop would be a perfect vehicle.

Needless to say, we did not reach a meeting of the minds and the workshop never took place. Several years later, the proponents of the single-payer approach were able to get their initiative on the November 2016 state ballot, where it was soundly defeated by a 79 percent to 21 percent margin.

Perhaps this is what Tim Cook was alluding to in his recent commencement address at Tulane University when he exhorted the graduates to “get to work on building something better,” adding that, “In some ways my generation has failed you in this regard.” Specifically, he said that, “We spent too much time debating. We’ve been too focused on the fight and not focused enough on progress.”

There are many important issues today where the status quo is simply unsustainable and we need to come up with better solutions that will make real differences in people’s lives. In addition to new approaches to healthcare, we need workable solutions for immigration, abortion, and firearms. These are issues where currently endless debate only serves to further lock people into entrenched positions and forestalls any hope of discovering innovative solutions that cut across various interests and needs.

“There are some who would like you to believe that the only way you can be strong is by bulldozing those who disagree or never giving them a chance to say their peace in the first place,” Cook said. But if we are to break the cycle of endless debate, he urged us to recognize that “the solutions to our problems begin on a human scale with building a shared understanding of the work ahead and with undertaking it together.”

The Pathway Is Shared Understanding

Shared understanding is the core purpose of the Collective intelligence Workshop. These workshops are large group facilitated meetings that gather the whole system of different perspectives into one place to move beyond debate and leverage the group’s collective knowledge to quickly resolve complex or difficult issues. By design, these sessions eliminate the bulldozing behavior that often characterizes the usual debate and instead provide uninterrupted opportunities for different points of view to be heard and, more importantly, understood regardless of agreement or disagreement.

This respect for the diversity all voices is an essential ingredient for accessing collective intelligence, which in turn, is the pathway to shared understanding. Usually, the shared understanding that emerges in Collective Intelligence Workshops is a higher level of thinking than any one individual could produce. That’s because by listening and truly understanding what’s most important to differing perspectives, the group is able to combine the best aspects of these points of view into a holistic solution that is highly likely to be accepted by the large number of, if not all, the participants in the session.

Shared understanding is real only when it is built from the thoughts and voices of everyone involved in the whole system. It is an emergent phenomenon that arises from the interplay of divergent ideas. It requires that we be open to new possibilities and that, if the four conditions are met, we trust in the wisdom of the crowd. That is why shared understanding can never be mandated nor manipulated.

It is not easy to detach from outcome, especially if you are absolutely convinced that you know the answer. However, if your goal is to move beyond endless and unproductive debate and get something done that would make a difference in people’s lives, detaching from outcome, understanding different points of view, scaling collective intelligence, and building an emergent shared understanding is far more likely to accomplish the work that needs to be done.

How to win an argument