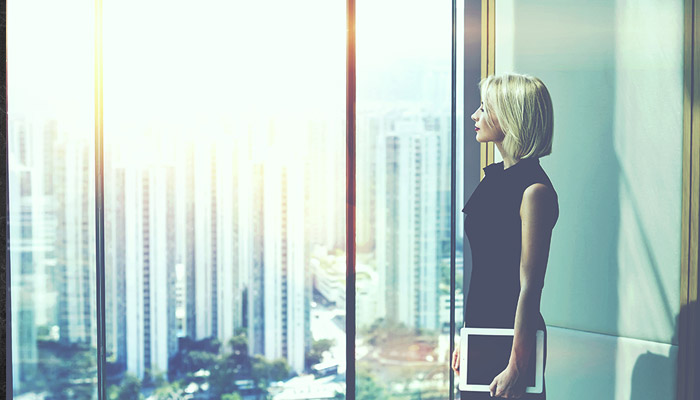 You can’t have an honest conversation about cultural intelligence without addressing the issue of 'white privilege', the idea that white people inherit certain privileges simply by the color of their skin.

But privilege is not an easy topic of conversation. People on all sides of the issue quickly become emotional and defensive. People of color are fatigued by having to prove the point to white colleagues while many white people feel anything but privileged and experience what Robin DiAngelo refers to as ‘white fragility’.

Are all white people privileged? It depends how you define ‘privilege’. You knew you would get an ‘it depends’ response from me, right? But hear me out.

Imagine you grew up in a very poor, white family. One reason J.D. Vance’s book Hillbilly Ellegy resonated with so many people was because he offered insight on what it means to grow up poor and white. His family struggled with poverty, domestic violence, moving from place to place, and navigating the welfare system. His ancestors were day laborers in the southern slave economy and eventually coal miners, machinists, and millworkers. They’re referred to as hillbillies, rednecks, or white trash by the dominant culture. To be clear, that’s not the same as a history characterized by being forced to the U.S. as slaves, but it’s a perspective worth consideration.

Even most middle class white people don’t easily embrace the idea that they’re privileged. It’s not like someone knocked on their door and handed them their college degree, job, and home. And yet what are the invisible benefits they experience day-to-day that stem from a long history of privilege?

A 1,200-word article won’t do justice to such a complex, highly sensitive topic. But here are a few guiding principles for making the conversation about privilege more productive.

It’s impossible to deny that being born with white skin affords certain unearned privileges. White privilege is knowing I can walk into a restaurant, use the bathroom, and leave without buying anything and it’s unlikely anyone will say anything to me about it. It’s knowing I can go to the front door of my house and not have someone ask me if the home owner is around. It’s the confidence that I can turn on the TV and see people who look like me. I not only experience the benefits of white privilege in the U.S., I encounter it most everywhere in the world.

It’s not that you’re privileged if you’re white. It’s that being white is a privilege. A white kid growing up in a poor trailer park living next door to a black kid growing up in the same environment has fewer barriers to worry about than the black kid does. But I’m not suggesting that’s the approach to take with struggling white families. Read on.

Privilege exists on a spectrum.

Who is more privileged? A white single mom living on welfare or a black, married man with a professional job? It depends! Both have some privileges the other one doesn’t have. Ethnicity and skin color are an essential part of the discussion about privilege but our understanding of privilege must be broader to include many other dimensions of identity.

Kimberly Crenshaw’s notion of Intersectionality allows us to see that people can be privileged in some ways and not in others. Skin color is one of the most significant variables of privilege, but there are many others. “Privilege” is anything you are born into, not things you earned. Your privilege often has a direct impact on the opportunities you get.

Consider how you would score on the spectrum of privilege in light of these indicators. The person born with the most of these has the most power in most contexts:

This is by no means an exhaustive list. And I’m not suggesting we should start tallying privilege points. But our discussions about privilege desperately need a more nuanced approach that acknowledges numerous factors that influence privilege. It’s reductive and insulting to reduce any individual to a single story. Privilege exists on a wide spectrum.

Last week my daughter Grace was in a serious cycling accident. It took an emergency rescue team five hours to get her to the hospital, followed by a lengthy surgery overseas. She’s now on a long road to recovery. All indicators suggest she will fully recover. The same day of her accident, another girl her age fell in the same forest, broke her back, and will probably never walk again. When my daughter was lying in agony, I didn’t say, “Well at least you’re not like this other girl who will never walk.” Minimizing someone’s pain and struggle by telling them someone else has it worse is not only ineffective, it lacks compassion and empathy.

In a similar way, screaming that your privileged to someone who grew up in a trailer park with a single parent is tone deaf. Only in very specific circumstances would any reasonable person ask a white person in abject poverty to consider their white privilege. My daughter herself later reflected on how fortunate she is compared to how much worse her accident could have been. But in an attempt to build awareness and foster perspective-taking, we should always avoid dismissing the reality of someone’s struggle and unique story.

It’s inarguable that white males have privileges others don’t have. But it’s the spectrum of privilege that is most helpful to consider. Debates about who has more privilege put people on the defensive. 30 percent of people feel like you’ve lost your mind when you tell them that that their benefits are things that were handed to them. Rather than arguing with someone about whether they’re privileged, structure conversations to move toward reflection about the gradient of advantage they may have had as compared to if they had been born differently.

The point is not to say, “Hey - every aspect of your life is privileged.” That is not true for most people. But we want to get everyone to start thinking about it. The ask for white people is this: Consider the fact that because you are white, there are certain aspects of the world you don’t have to worry about.

CQ Your messaging about privilege

Finally, we need to apply cultural intelligence to how we talk about privilege. It’s ridiculous to suggest that white privilege is the same for all while people in the world. It’s equally ludicrous to deny that a white person has some things they just don’t have to think about.

Don’t say, “You’re privileged!”. Instead say, “You have access to privilege.”

We need to find the zone of productive disequilibrium where we allow enough discomfort to foster productive reflection and change but not so much that people shut down and feel defensive.

I didn’t choose to be a straight, white, able-bodied male. But I’m ignorant if I don’t acknowledge that I hit the lottery on the privilege spectrum. To be honest, I was leery of writing this article. Who am I to be pontificating about privilege? Our own team at the Cultural Intelligence Center has rigorous discussions about what we all need to consider about this personally as well as in light of our work.

My privilege blinds me from certain aspects of this conversation. But the enormous privilege I have makes me all the more committed to engage in meaningful dialogue with others about these realities and to strive toward making the world a more inclusive, equitable place for everyone. I welcome your perspective on this complicated topic.