How humor can help shape strategy 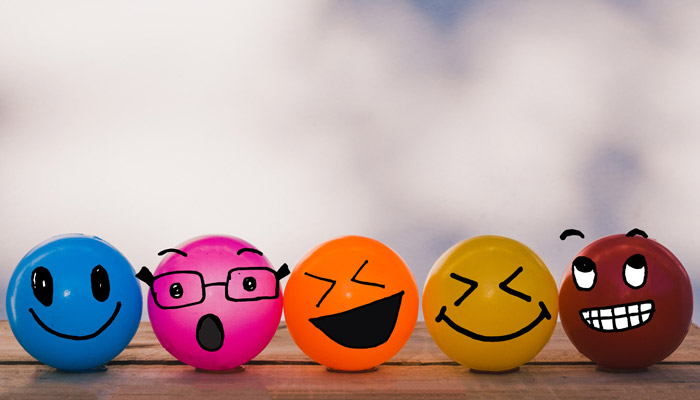 Image: Shutterstock.com
May 31 2019 by James M. Kerr Print This Article

Stand-Up Strategist (SUS) has just released its second annual ranking of the best corporate April Fools campaigns worldwide. Established by co-curators Gabor George Burt, Jamie Anderson, and Art Reid, the goal of Stand-Up Strategist is to celebrate and advance the role of humor in corporate leadership and culture. The SUS annual rankings evaluate April Fools’ campaigns not only on their entertainment value and level of execution, but also on their potential impact on strategy, brand, and culture.

T-Mobile: The “PhoneBoothE campaign” - suggests the need for a phone booth that lets T-Mobile customers escape from noisy areas to make their phone calls.

Google: The “Google Tulip campaign” - proposes the tech needed to talk to flowers.

WestJet: The “FlyerFest campaign” - a take-off of the now infamous Fyre Festival.

SodaStream: The “When Life Gives You Gas campaign” - features retired NASA astronaut Scott Kelly demonstrating what can happen in space.

Key Observations About the 2019 Rankings

Lockheed Martin is the first B2B company to appear on the list at number 14, with its ‘Vector - Odor of the Cosmos’ fragrance campaign. As is the case with B2C, humor can be a key tool to increase levels of positive engagement in B2B industries as well.

Public viewership of corporate April Fools’ campaigns, as measured by YouTube, varies greatly. Not surprisingly, the best-known companies and brands command the highest viewership in total. Google Tulip, the second-ranked SUS Top23 campaign, has over 5 million views, while 5th place Planet Fitness Mobile Stationary Bike only has 11 thousand. Total viewership, however, is not a measure of the value these pranks have for internal audiences.

Almost all of the winners used multi-channel approaches as part of their April Fools campaigns, typically leveraging a video or visual storytelling through a wider social media communication plan encouraging comments and re-sharing.

On March 27, Microsoft announced that it is banning April Fools campaigns, with the company’s CMO Chris Capossela saying: “data tells us these stunts have limited positive impact and can actually result in unwanted news cycles.” This first seemed like an April Fools prank in its own right, but apparently it isn’t. When used properly, humor has significant benefits, which is why so many companies globally are embracing it. To guide its effective application, SUS has created a practical framework for executives and organizations to follow.

It is well understood that humor should be adapted depending on audience characteristics. So it is interesting to see the way in which global brands in the SUS 23 have appealed to universal values, while more local brands or subsidiaries of multinational companies have made their campaigns more regionally focused.

It is worth noting that Spain and Spanish speaking Latin American countries have their own version of April Fools, as they celebrate the day of humor not on April 1st but on December 28th: el Día de los Santos Inocentes (Day of the Holy Innocents). This explains the absence of companies from these countries in the rankings.

To close, in the words of study author, Gabor George Burt:

“In an environment of perpetual change, all companies must continuously reevaluate how to stay relevant. In this process, cultivating creative thinking throughout the organization is key. Humor is a universal catalyst for creativity, which is why future-shaping companies are embracing it to inspire an internal atmosphere of open discourse, stimulate strategic ideation, and foster customer attachment.“

James M. Kerr is a long-time author, management consultant, vision maker and coach to some of today's best leaders. His latest book, Indispensable: Build and Lead A Company Customers Can’t Live Without was published in February 2021.

A lesson from Dr Humor