How firms can avoid the mediocrity trap 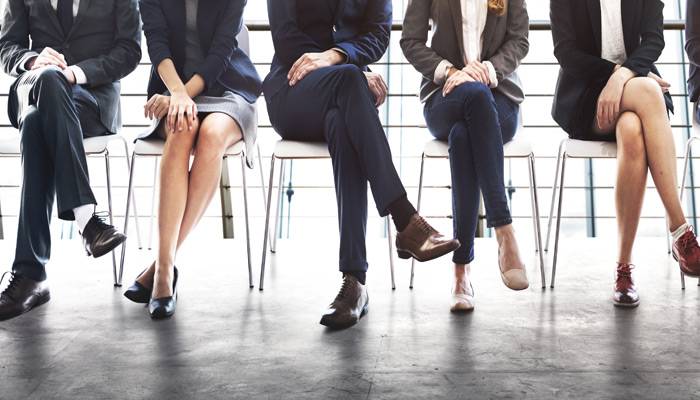 Steve Jobs once noted: “A small team of A+ players can run circles around a giant team of B and C players… A+ players like to work together, and they don’t like it if you tolerate B-grade work.”

XYZ Company had a vacancy for a new sales director. In due course, only two candidates remained. Given the company’s ambitious expansion programme, most interviewers were convinced that the much better choice was Alex. But to everyone’s surprise, the hiring VP selected Zane, despite his objectively weaker track record.

As the social scientist (and humourist) Leo Rosten said: “First-rate people hire first-rate people; second-rate people hire third-rate people.” Of course, individuals are much more complex than this statement suggests. But for the sake of argument, let’s say that A-players are a firm’s top performers; B-players its average worker bees; and C-players those tagging along for the ride.

In real life, many B-players indeed fail to hire the best people, generally out of insecurity. On some level, they fear being outperformed or even replaced. The less confident they are about their own level of competence, the more threatened they feel.

B-players may also be subject to the "deadly sin" of envy, a ubiquitous behaviour pattern that explains many vindictive actions. Envy can sometimes be a positive motivating force. But more often than not, feelings of inadequacy and inferiority may trigger resentment and unhappiness. This, in turn, can lead to a conscious or unconscious desire to hurt the envied person, as a way to right the perceived wrong.

A false sense of security

Managers who are emotionally insecure or who have a fragile self-esteem regularly face a dilemma when making hiring decisions: Should they hire someone better than them or a less competent person who might make them look better by comparison? In their defence, B-players may simply fail to recognise A-players. Or they may suspect (without proof) that the most qualified applicants won’t commit to the organisation. It doesn’t help that some A-players can come across as arrogant and rub B-players the wrong way.

At the XYZ Company, it didn’t take very long to discover that Zane wasn’t up to par. Given his limited knowledge of new sales techniques, he was unable to respond to the challenges posed by the competition. Although the VP tried to attribute his chosen candidate’s poor performance to external factors, his own reputation took a beating. Ironically, had he had the courage to hire someone more capable than himself, his own job would have been more secure.

Eventually, as the company’s market position deteriorated, the CEO had no choice but to step in and fire both the VP and his protégé. She knew from experience that hiring the wrong people was the surest way to destroy a company. Following this incident, she made talent management a corporate priority.

Meanwhile, many A-players recognise the benefits of hiring and working with other A-players. In fact, concern for their own careers can motivate them to develop others’ paths. They understand that organisations full of talented people will offer them room for growth.

Of course, no company can have only A-players. The bell curve tells us that, in most organisations, reasonably competent B-players will make up the majority of the workforce. To be clear, not all B-players are insecure and at risk of making terrible hiring decisions. Moreover, having too many ambitious A-players could also create a Darwinian organisational culture. Ideally, there should be a balance between high-flying As and steadfast Bs.

It is important to recognise that there are no A-, B- or C-players without context. It is every firm’s challenge to create the context where people can be their best. Given the right learning opportunities, people can go through a remarkable transformation. Some people may be ranked as B-players simply because they are less attention-seeking than A-players or because they don’t disguise their preference for a more balanced lifestyle. Then again, some B- or C-players are just in the wrong job or company. In a different position or organisation, their talent could shine through.

The question remains, how can organisations avoid embarking on a slow, downward spiral, given that a good proportion of its managers will be B-players, many of whom could be emotionally unprepared to hire better people? The stakes are high: Once there are too many mediocre people in a workplace, its climate deteriorates. As professionalism and productivity slide, the best people feel marginalised and leave. By the time profits decline and alarm bells start ringing, it is often too late to halt the organisational decline.

Steering clear of the mediocrity trap may lie in paying considerable attention to unconscious psychodynamic processes involved in hiring decisions. If we make an analogy with dating - and hiring and dating do have a lot in common - both entail complex and mistake-prone decision making. When hiring or dating, we would do well to acknowledge that unconscious biases exist. Selecting candidates based on a gut feeling is not good enough. Much more is needed to be able to identify and hire the right people.

The former auto exec Lee Iacocca once said, “I hire people brighter than me and then I get out of their way.” Everyone with hiring responsibilities should adopt this mantra. While successfully transcending our inner demons of insecurity and envy may not be an easy task, it is the only smart thing to do.

Managers stick with poor performers rather than hire new faces

Managers stick with poor performers rather than hire new faces