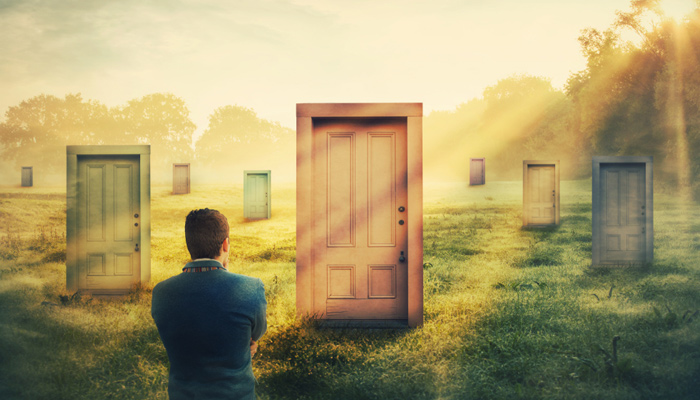 I’ve gained a reputation for being the “It depends” guy. When fielding questions during a presentation on cultural intelligence, my default response is “It depends!”

It’s not that I have no opinion about the right course of action. And it’s fair for individuals to expect me to elaborate on “It depends.” But human interactions are far too complex to issue dogmatic answers without understanding more of the situation. More importantly, the most challenging situations that require cultural intelligence often happen with little warning and there isn’t time to reference an over-simplified list of “do’s and don'ts.”

Cultural intelligence, or CQ, is not just whether you can spout off the norms of different groups. In fact, as I noted recently, our research confirms that knowing a lot about cultural differences can actually be more dangerous than being culturally ignorant. Cultural intelligence is having the ability to accurately assess a situation and predict the best outcome you can. It provides a mental model for understanding and responding to complex, multicultural situations.

But how do we prepare for the situational complexity of life in the unpredictable, constantly changing world of life and work? Here are a few ways to move from “It depends” to a culturally intelligent course of action:

It starts with self-awareness. You need to be clear about your core values and convictions and determine ahead of time, what lines you will and won’t cross. This might be whether you’re willing to flex your dietary preferences or whether you will pay a bribe or have back channel conversations to grease the wheels of the procurement process. CQ begins with a strong understanding of your core sense of self.

2. What behaviors will best express your values in this situation?

People often say to me, Isn’t CQ basically about respect? I think “respect” is a noble value and a really important foundation for cultural intelligence. But the way you express respect is culturally conditioned. I don’t need people to address me with formal titles to feel respected. But I can’t assume that’s true for others. I feel more “respected” if you give me feedback directly. But I can’t assume you feel the same way. Flex your behavior, not your values.

One of the things I’ve learned from working with military leaders is their relentless insistence on mission clarity. When we talk about the relevance of cultural differences with special operations commanders, it’s all about strategically using CQ in light of the mission. Cultural intelligence isn’t the end all. It’s a tool for accomplishing an objective in light of the cultural complexities.

The life and death nature of many military operations has a way of forcing clarity about the objective. But it’s easy to get cloudy on the mission when dealing with the kinds of situations most of us face. Keep the objective in view and determine what kind of action will best support the objective.

Most people criticized Canadian Prime Minister Justin Trudeau for dressing like a traditional Indian wedding groom to meet with Bollywood executives. Yet New Zealand Prime Minister Jacinda Ardern was praised for wearing a hijab in the wake of the Christ Church mosque tragedy. So when does adapting enhance effectiveness and when does doing so undermine the objective?

Companies struggle with this quandary too. When Starbucks first opened stores in China, they designed them to resemble a traditional, Chinese tea house with tea as the main offering on the menu. The Chinese were incensed. They wanted the unique Starbucks experience, not an Americanized version of a tea house. Some adaptation is almost always needed. But remember that the goal is to get to the point where you can leverage the differences involved rather than everyone over-adapting to a boring vanilla middle.

The more you anticipate the kinds of scenarios you’re likely to encounter in culturally diverse contexts, the better you will respond during real-life situations. In the stress of the moment, you’re unlikely to explicitly recall what you’ve read or learned about cultural do’s and don’ts. And they might not be accurate for your specific situation. Instead, exercise your discernment muscle during low stress times so that when the real scenarios come along, you’ll have a subconscious inner compass to assess a situation, predict the outcome, and adapt in a culturally intelligent way.

And what’s the worst thing that can happen if you get it wrong? Well, it depends!

Financial wellbeing: the next target for workplace disruption?