The cure for the loneliness of command 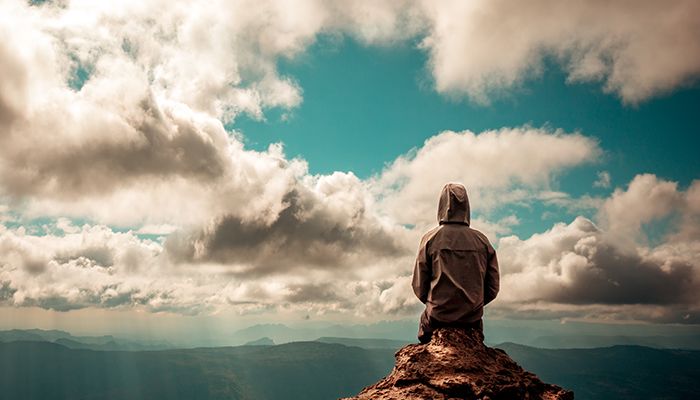 Recently, I was listening to the CFO of a large industrial firm who complained non-stop about her CEO. At the start of his tenure, the CEO regularly interacted with his top team, but now seemed to spend most of his time brooding in his office. In meetings, he would often lose focus, have fits of anger and harass people. The CEO’s mercurial style was impacting morale and, increasingly, sales. Some subordinates wondered whether their CEO was falling apart in front of their eyes.

The phrase “it’s lonely at the top” sounds cliché, but for many top executives, it is a harsh reality. A CEO’s responsibilities tend to come with sleepless nights and constant worry about having made the right decisions. The psychological pressure can inflict an emotional strain that most employees will never experience. Outwardly, this may present as aloofness, which, in turn, makes it even harder for a CEO to remain effective.

In the absence of a support system, burnout becomes a real threat. Men in particular tend to let their personal relationships with friends and family take a back seat to their professional ambitions. They may find themselves with nobody to rely on during difficult times and then turn to extra-marital affairs or alcohol and drugs.

Despite how dangerous the loneliness of command can be, it’s a problem that is rarely addressed upfront. Instead, many C-suite executives make every effort to keep up a hero façade which just compounds the pressure.

The psychodynamic forces at play

Hierarchy creates a power distance. The weight of responsibility for others makes it harder to speak to anyone with vulnerability and true honesty. This unease goes both ways: Even if CEOs try to minimise the distance, their subordinates will always be cognisant of their boss’ ability to make decisions that can dramatically affect their careers. CEOs must be close enough to relate to their subordinates, but also distanced enough to motivate them. It’s a delicate dance, and accusations of favouritism - or aloofness - are never far away.

Given the complex psychological forces at play, executives would be wise to pay attention to the following risks when assuming an upper management position:

Becoming the target of hostile and envious feelings: C-suite executives possess many privileges that others long to possess. Although we may not like to admit it, envy is ingrained in the human psyche. In fact, envy has shaped our evolution as a species by setting the foundation for our competitive edge. It motivates us to strive to attain what another possesses.

Unfortunately, envious people often become resentful. To manage these hostile feelings, C-suite executives may try to downplay their own capabilities, sometimes to the extent of becoming paralysed and unable to make decisions. The unconscious fear of standing out and being rejected, criticised or ostracised contributes to their sense of isolation.

Living in an echo chamber: CEOs are often given limited and filtered information about their operations, employees and customers. Those in charge must realise that their subordinates tend to agree with them. No matter how approachable a CEO is, executives may fear saying the wrong thing and suffering consequences.

Many subordinates will never challenge their bosses’ thinking, preferring instead to tell them what they like to hear. It’s been said many times: If you are a leader, there is a good chance that you are surrounded by liars. As a result, many CEOs find themselves increasingly isolated from reality.

Becoming paranoid: When surrounded by liars, it can become difficult to know who to trust. No wonder that paranoia sometimes raises its ugly head. CEOs face many threats, both obvious and hidden.

For many C-suite executives, being always on guard is a rational response to a world in which they are encircled by enemies. Vigilance is simply an extension of their drive to survive. The problem is when suspicion that is healthy (i.e. moderated by a sense of reality) turns into full-fledged paranoia. Loneliness increases that risk.

With all these pressures, what can C-suite executives do to cope with loneliness? How can they best manage the negative feelings others will often project onto them? My recommendations fall under three pillars:

1. Be aware and mentally prepared: Landing at the top of the leadership pyramid doesn’t mean one suddenly has all the answers. Even the most talented leaders have blind spots. Many prospective CEOs who did quite well as a number two underestimate the emotional strain that goes with the top job.

As a first step, all new CEOs should ideally receive mentoring by people who have been in that situation. They should realise that acting like the Lone Ranger can be detrimental to their health. They owe it to themselves - and to their organisation - to prepare for the high psychological cost of success and power.

2. Build an external network of support: Some top executives are fortunate to have a significant other who can take on the role of confidante. But many fear burning out a relationship with constant talk about their professional concerns. In addition, their loved ones may not relate or may already have enough on their plates. Whatever the situation, all CEOs must develop a support network that can relate to their challenges and offer advice in a sympathetic, confidential way.

One way is to meet more peers. For example, for many participants the annual CEO seminar that I run at INSEAD is the first opportunity they have to deal with the loneliness of leadership. They soon make friends with whom they can share their concerns - people outside their chain of command.

Alternatively, consultants or coaches can provide a safe space in which CEOs can discuss their challenges. An external view allows them to give frank feedback. Furthermore, C-suite executives can benefit from various 360-degree leadership assessment tools.

A no-brainer solution consists of making non-work-related friends. If life consists of only work and no play, executives are at risk of losing their sense of balance. Not only does a work-only ethic come with the possibility of becoming a bore, it invites the danger of burnout.

3. Express gratitude: Another way of slowing down the process of isolation is by expressing gratitude to the people around us. It is a powerful tool to increase well-being in all sorts of settings. Gratitude boosts the release of oxytocin, a hormone that fosters prosocial behaviours such as trust, generosity and affection.

A grateful attitude helps us feel positive emotions, relish good experiences, improve their health and deal with adversity. Used authentically, it can be a transformative organisational practice. Generous leaders naturally encourage a sense of belonging in those around them.

By acknowledging and celebrating how every role contributes to a company’s purpose, C-suite executives can help prevent their subordinates from feeling left out. It also creates a culture where it is more likely that employees will have the courage to disagree with their bosses when appropriate.

Life is too hard to be alone and sometimes life is too good to be alone. Not only is loneliness our biggest fear, it is also our ultimate poverty. Loneliness is also a warning sign that something needs to change. C-suite executives should pay heed and realise that the antidote to loneliness is community.