Will Apple be the next Nokia? 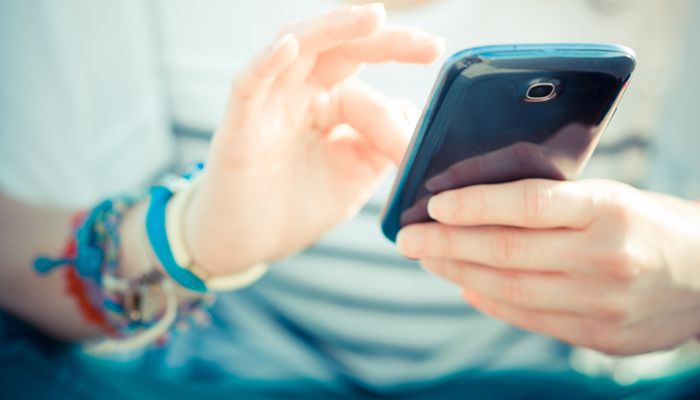 Image from Shutterstock.com
Jan 14 2019 by Yves Doz Print This Article

I have recently had the privilege of talking with high-ranking executives at both Samsung and Huawei about the challenges that keep them awake at night. The chief concern both expressed was how to avoid becoming “the next Nokia”!

When Apple cut its revenue forecast for the first time in 16 years at the beginning of January, this unleashed a flurry of speculation and doubt as some observers wondered whether Apple was now in danger of following Nokia. I doubt Apple executives need to be unduly concerned with this risk now. In fact, Steve Jobs’s reaction to a journalist probing him about his strategy in the 1990s, shortly after he had reassumed the leadership of Apple and drastically pruned its product line, comes to mind: “I am going to wait for the next big thing”. This may also fit the current situation.

Although the smartphone competition between Apple, Samsung and Huawei is ferocious, none of the three is likely to suffer the same fate as Nokia’s mobile phone business.

A time of transition for Apple

Apple is in the middle of a transition away from hardware sales. It wants to grow new revenue streams from ecosystem-related activities, such as content distribution, cloud hosting, payment systems, intelligent homes and many other services. It also anticipates a greater reliance on partnerships and alliances (for instance, with LEGO in augmented reality education and entertainment). Ecosystem revenues are tricky from a stock analyst’s viewpoint - their contribution to overall profitability is much harder to measure than the margins derived from sales of a physical product. Assessing their future potential is difficult.

Like Nokia in the early 2000s, Apple is a victim of its own success. The revenue dominance of the iPhone from 2007-2017 means that when iPhone sales growth slowed, Apple was bound to disappoint financial analysts and fund managers. Sure enough, it lost one-third of its trillion-dollar market cap in the last few months of 2018, and another 10 percent in early January 2019.

Apple has always been an opportunistic innovator, seeking to capitalise on the next “big thing” with a powerful brand, superior design and user-friendliness, not to mention an efficient global supply system. But where the iPod, iPhone and iPad have driven growth in the past, it’s not yet clear what the next big thing will be. Though successful, connected watches did not quite deliver. Voice-controlled intelligent homes and self-driving cars offer major opportunities, but Apple is not as strongly positioned as Amazon and Google in the former case and carmakers (Tesla included) in the latter. So, as we have seen with the protracted transition from products to services at other big ICT companies such as IBM, Apple’s shareholders may just have to be patient until the transition to ecosystem opportunities and services pays off.

Apple is no Nokia

Nokia, for its part, succumbed to problems far greater than those currently affecting Cupertino. By 2010, it was left with nowhere to transition to! Indeed, as Keeley Wilson and I analysed in our recent book Ringtone: Exploring the Rise and Fall of Nokia in Mobile Phones, Nokia’s demise in mobile phones was rooted in inferior technical and organisational choices made in the early and mid-2000s, which pushed it onto a path of self-destruction, well before Apple and Google became competitors.

A poorly introduced and malfunctioning matrix organisation, too strongly slanted towards product line management, led to conflicts and stalemates among executives and a deterioration of product quality. Nokia’s network equipment venture with Siemens was facing challenges of its own and did nothing for its smartphone ambitions. Nokia’s efforts to transition to a new operating system that could have become an ecosystem platform were slow and half-hearted, coming to fruition too late. By then, Google (with Android) and Apple had won the ecosystem battles, leaving no room for Nokia, even in alliance with Microsoft, to build a third credible ecosystem.

In contrast, all three current industry leaders can bolster their smartphone businesses with strong positions in adjacent areas: components and home appliances for Samsung; AI, big data analytics and an integrated approach to communication equipment for Huawei; and, of course, a range of other devices and services for Apple.

It must be noted that these adjacent businesses may not all offer the same support. Samsung looks perhaps most vulnerable as strength in components is not as deeply rooted in an ecosystem as Apple’s and Huawei’s service activities. With growing hardware commoditisation and the rise of new service-based competitors (from resurgent traditional telcos and new media companies to juggernauts such as Amazon and Alphabet), a hardware-driven competitive position may be weakened over time. The bevy of new Chinese hardware competitors also makes for a more challenging market.

Apple and Huawei’s own challenges of late stem largely from trade wars and U.S. extra-territorial laws and regulations, as well as European concerns about fair taxation. Geopolitical factors are fueling the current spat between the U.S. government and Huawei over the U.S. trade embargo with Iran, just as they were behind past conflicts with ZTE, another Chinese telecom equipment company. Deepening cybersecurity concerns on all sides also play a significant role, in particular for Huawei with its possible “back doors” into the Chinese state security apparatus.

So, returning to the initial question of “the next Nokia”: While Apple seems safe now, there are plenty of likely candidates on the list not just in telecom but from a wide range of industries. Any firm that has sacrificed long-term strategic vision, innovation and agility to meet short-term shareholder demands could well be the next Nokia.

Yves Doz is the Solvay Chaired Professor of Technological Innovation and Emeritus Professor of Strategic Management at INSEAD. He is also the programme director of INSEAD's Managing Partnerships and Strategic Alliances, an Executive Education programme.

Ten ways to shift from founder to leader