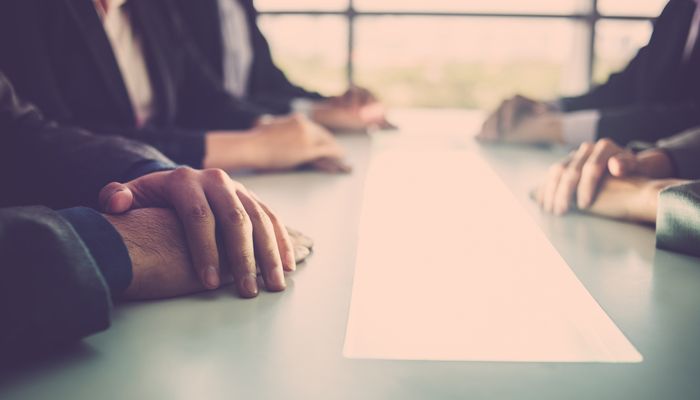 Image from Shutterstock.com
Dec 20 2018 by David Livermore Print This Article

If you’ve paid any attention to our work in cultural intelligence, you know that we’ve been saying for a while that cultural knowledge on it’s own isn’t enough. You need more than a seminar on how to do business in India or how to work with Millennials to work successfully with those cultures.

But now, a mounting body of research suggests it would actually be better to not teach cultural differences at all if that’s the only thing you’re going to do. Dozens of studies find that cultural knowledge leads to stereotyping and perpetuating bias rather than building real cultural intelligence (CQ).

Knowledge without curiosity leads to stereotypes. Once you learn characteristics about Indians or Millennials, there’s a tendency to start putting any Indian or Millennial in a box. Then, when you encounter an inexplicable behavior, you fill in the blank with a crass stereotype rather than suspending judgment and seeking to understand more.

Knowledge without cultural humility leads to arrogance. Once you get some insight into a culture, you may end up being over-confident about your ability to understand what’s going on. It may actually be better to remain open-minded and culturally ignorant than to go in thinking your cursory understanding about another culture means you “get them”.

Knowledge without intersectionality leads to irrelevance. The groundbreaking work on Intersectionality, referring to an individual’s overlapping identities (race, gender, social class, sexual orientation, function, etc.) illuminates the danger of reducing someone to any one part of their identity. An Indian woman is not only an Indian, she’s also influenced by her gender, social class, professional role, and much more. How will you know which part of her identity will be most relevant when you interact with her?

Knowledge without skills leads to ineffectiveness. If knowledge was all we needed to work successfully with diverse groups, we should have this figured out by now. But some of the individuals with the highest level of knowledge about different cultural groups can’t for the life of them figure out how to actually get along with people who are different.

I could keep going but the point is, after several decades of courses, books, and videos teaching people about cultural differences, it’s time to stop. Of course, the best choice is to teach cultural knowledge along with the other CQ capabilities that are proven to predict one’s effectiveness in relating and working with people from diverse backgrounds. But it would honestly be better to do nothing than only teach cultural awareness and sensitivity.

Here’s a much more strategic approach.

Over the last decade, we have surveyed nearly 100,000 professionals from over 100 countries and there’s only one consistent characteristic among every culturally intelligent individual. It’s not where you grew up, how many languages you speak, whether you’re part of an under-represented group or how far you’ve traveled. It’s your curiosity, or something we call your CQ Drive. This is your interest and openness to other ways of doing things. And it’s your confidence and ability to persevere in the midst of intercultural challenges.

Before teaching about cultural differences, address the motivation by clarifying the goal. What’s the objective behind improving intercultural interactions and how does it relate to the broader goal you wish to accomplish as an individual, team, or organization?

Also keep in mind that no amount of information about how a culture operates means much if you’re physically or emotionally exhausted. There are times when I understand what’s going on in an interaction with someone from a different background, but I just don’t have the energy to deal with it. It starts with CQ Drive.

I don’t really think you should fully stop teaching about cultural differences. But my overstated title was intended to be more than just an attention getter. We really must get the message through that if you only teach knowledge about different cultures, it can actually be far more determinantal than doing nothing at all.

However, when combined with the other capabilities of cultural intelligence, the most valuable knowledge to begin with is learning broad archetypes that help with comparing one group with another. These might include:

Then within those broad archetypes, you can talk about the tendencies of a particular cultural group. In other words, don’t teach about Millennials or Chinese as a stand-alone topic. Be sure the discussion is rooted in a broader taxonomy of cultural systems and values so that individuals are equipped for the intersectionality of individual’s identities and the diversity that exists within any culture.

Rather than working toward a mastery of cultural knowledge, emphasize the kind of information that is most helpful to know and where to find reliable sources.

3. CQ Strategy is even more important than we thought

Based upon a meta-analysis of dozens of academic studies on CQ, we’ve discovered that CQ Strategy, or Metacognitive CQ, is even more important than we thought. CQ Strategy strengthens the effects of the other CQ capabilities. It’s what allows you to use your drive and knowledge to make sense of culturally diverse experiences so you can plan accordingly.

With the objective in mind (CQ Drive) and a broad understanding of cultural tendencies (CQ Knowledge), what plan is going to work best? Meta-cognitive CQ, the more precise concept behind CQ Strategy, is a more sophisticated, nuanced approach to relating and working with people from different backgrounds, rather than just blindly assuming that all Boomers want to be treated the same way.

Our book Driven by Difference is almost entirely devoted to CQ Strategy, with specific application to leveraging diversity to drive innovation.

4. Equip for Adaptive Performance (CQ on the fly!).

I’m often asked for advice about how to handle a specific intercultural dilemma (e.g. “Our partner in Brazil consistently misses agreed upon deadlines. What should we do?”). My first response to most of these questions is, “It depends!”. It sounds like a cop out and it’s fair to expect me to offer some additional guidance. But working and living in today’s multicultural, globalized world requires a much more situational, strategic approach that is informed by understanding about cultural differences without over applying them to every situation.

We’re doing a lot of work currently with the special forces community in the U.S. military. Their leaders consistently tell me they have to find ways to equip their officers with “adaptive performance” - the ability to learn on the fly and figure things out as you go.

Information by itself rarely solves anything. We know that yet it becomes the easy default as soon as we encounter a need to work better with a different group. Clearly there’s a place for teaching cultural differences but resist the urge to build knowledge too quickly. There are far more important components to developing cultural intelligence.

Trust: the corporate wellness initiative of the future

Why wisdom can't be taught