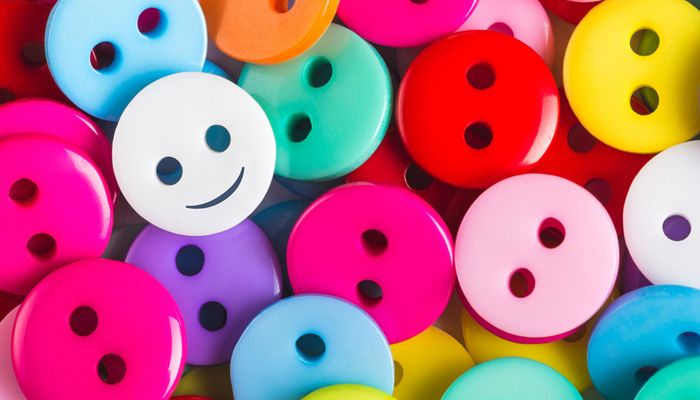 Image from Shutterstock.com
Nov 16 2018 by Rod Collins Print This Article

Social media platforms are powerful because they tend to be monopolies. As pointed out in the first part of this article, until the digital revolution, the only practical social platform was the government - which by its very nature has to be a monopoly. None of us would want competing governments that could promulgate conflicting laws, issue competing currencies, and hold different interpretations of our civil rights. If we were subject to two competing governments and two conflicting sets of rules, social trust would break down and the social exchange necessary for daily living would become near impossible. Some monopolistic platforms are necessary.

However necessary these monopolies may be, social platforms are nevertheless highly prone to abuses of power. As the British historian Lord Acton insightfully observed, “Power tends to corrupt and absolute power corrupts absolutely.” The founders of the United States understood the dangers of absolute power when, in bringing the thirteen original colonies into a single government, they deliberately choose to make free speech a supplement to the government’s separation of powers and create a dynamic combination designed to thwart the inherent potential for the power abuse in their new governmental experiment. In addition, free speech was seen as the key ingredient for making sure that the diversity of the voices of the people and their collective genius would serve as a check on the groupthink of well-intentioned, but nevertheless self-serving, elite leaders.

But as the digital revolution continues to spawn the unprecedented reality of non-governmental monopolistic social platforms, the leaders of these platforms might want to keep in mind the pertinent wisdom of the American founders.

When diversity of thought is absent, as happens when tribalism prevails, the norms and values of the various tribes inevitably morph into articles of unquestioned faith that can be completely intolerant of differing views or perspectives. When this happens, faith can become as socially corrosive as power. As the late philosopher Eric Hoffer put it, “absolute faith corrupts as absolutely as absolute power.” The problem with social media platforms is that, given their inherently monopolistic nature along with the lack of thought diversity among their leaders, the risks of both absolute power and absolute faith are very real.

So if we are to restore the promise of a truly hyper-connected world where the possibilities for breakthrough thinking and innovative collaborations among people with different perspectives can advance the state of human knowledge, the social media leaders must step up to their social responsibility and follow the example of the American founders by doing their part to enable the best and not the worst of humanity and use their platforms to integrate the finest elements of diverse perspectives into a higher level of intelligence than any of the tribes could ever conceive on their own.

A good place to start to dissipate our current state of tribalism is to redesign social media algorithms to aggregate and leverage collective intelligence consistent with the four attributes identified by James Surowiecki in his book, The Wisdom of Crowds: diversity of opinion, independent thinking, local knowledge, and aggregation mechanisms. While the task will certainly be challenging, it is not beyond the capabilities of the engineering genius resident in the tech companies. What will be most difficult for social media leaders is giving up the absolute power they hold today over the construction of their algorithms and letting go of the self-assuredness that comes with the absolute faith in a shared tribal perspective.

Rather than presenting us with like-minded views as they do now, what if the tech companies redesigned their algorithms to identify what’s most important to differing perspectives, including eccentric points of view? And what if independent thinking - which means no fear of retaliation or censorship for expressing an unpopular view - was the social media norm? And what if the voices of the people close to local circumstances held more weight in the construction of the emergent intelligence than the particular points of view of the elite leadership? And, finally, what if the foundational algorithm was a learning application capable of hearing all points of view without prejudice and integrating the best elements of all perspectives into innovative breakthrough solutions that move us beyond our differences?

Given the current state of affairs, you might be wondering, while algorithms that collate collective intelligence sound very promising, is this really possible? Actually it is, as I learned in another context over two decades ago.

The cornerstone of our solution was the creation of an innovative meeting format that is now known as the Collective Intelligence Workshop. This format incorporated Surowiecki’s four attributes. We assured both diversity of opinion and local knowledge by including participants from all levels and all functions within the organization. We enabled independent thinking by processing ideas in small groups, so when the ideas were put forward, they were not identified with any single individual. And our primary aggregation mechanism was dot voting. The Collective Intelligence Workshops enabled a level of collaboration across our business that wildly exceeded our expectations, resulting in the single largest five-year growth period in the fifty-eight year history of the business.

As we reflected on the remarkable effectiveness of our innovative meeting format, we recognized that the catalysts of our success were a collection of four powerful properties that are often natural by-products of collective intelligence.

Extraordinarily Intelligent. Our Collective Intelligence Workshops typically resulted in highly intelligent actions that were the best possible solutions that we could possibly devise. Participants would frequently comment that we accomplished results that no one of us could possibly come up with on our own. These higher order solutions typically were true win-win propositions that easily garnered unanimous consensus among the participants in these sessions.

Incredibly Fast. In the typical meeting, debate is the usual context, and the pathway to knowledge is through the individual brains of everyone involved in the meeting. The fundamental dynamic at work in debates is persuasion, with the goal that after all points of view have been thoroughly vetted, either one person’s thinking or a combination of different points of view will be accepted by the majority of individuals in the meeting.

Collective intelligence is a faster pathway to knowledge because it is not subject to the limitations of the individual brain nor the need to influence the thinking of various individuals to reach closure. Collective intelligence shifts the context of the human gathering from a collection of separate individual brains to a network of interconnected brains, which means that there is often no need for debate because it’s the emergence of collective thinking through a group voting process rather than the persuasion of individual thinking that is the key dynamic operating on this pathway.

Consistently Unbiased. One of the most surprising outcomes of the Collective Intelligence Workshops was how using this innovative meeting format reliably delivered solutions that moved us past the individual biases of the participants. While we had hoped that these workshops would accelerate our ability to reach a workable consensus, we were amazed at how consistently the sessions resulted in unanimous consensus among the forty to fifty participants in the workshops. We had somehow discovered a way to move past the individual biases of the participants and craft unbiased solutions that preserved what was most important to all the participants in the workshops. This is what happens when the meeting process is designed to produce higher order solutions rather than the least common denominator solutions so typical of the usual debates. Naturally Benevolent. Another surprising attribute of collective intelligence is that it tends to be naturally benevolent. Because the unbiased solutions that emerge from aggregating collective intelligence successfully blend apparently opposing elements into workable cohesive action, there is no longer a need for differing factions to compete with, or worse yet, demonize each other. Instead, all participants are poised to accomplish common action that benefits both the common good as well as the individual contributors in the network.

Social media companies have the ability - some might even say the responsibility - to be catalysts in transforming our fractured social discourse. They have the opportunity, through their digital social platforms, to curate the very best thinking of our rich diversity of perspectives into higher order solutions that no one tribe could ever craft. And although designing their algorithms to aggregate and leverage our collective intelligence is not an easy task, this moonshot is certainly within the capabilities of the engineering elite if they put their minds to it.

By embracing the notion that all voices matter, trusting the genius of the people to balance the voices, and building algorithms that incorporate Surowiecki’s four attributes, the social media companies can restore the great promise made possible by the new technologies of mass collaboration. If they do so, then the whole world will get to experience a higher order of human intelligence that is extraordinarily intelligence, incredibly fast, consistently unbiased, and inherently benevolent. Wouldn’t that be a welcome relief!

Thinking about the good things

The management challenges of social media