Is your organisation a cult? 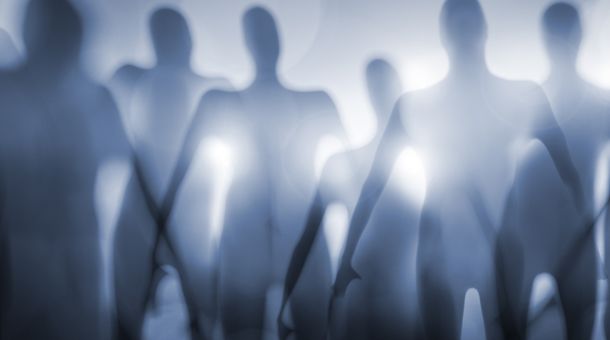 Why would anyone be attracted to a cult? Most quiver at the thought of the Manson family, the Heaven’s Gate millenarian cult or the Jonestown cult, whose fanaticism led to either murder or mass suicide. Of course, cults can also take somewhat more innocuous forms such as the Hare Krishnas, New Age groups or even cults of personality or gurus.

More broadly, a cult is defined as “great devotion to a person, idea, object, movement, or work”. As such, political groupings, lifestyle groups, criminal associations and even political regimes may also be considered forms of cults. Many businesses have cult-like characteristics as well. These include influential leaders who inspire devotion and demand loyalty; an inward-looking corporate culture; stringent rules regarding behaviour; and intolerance of deviation from the established norms.

At the most fundamental level, cults fulfil our human search for meaning. They offer clear and absolute answers to difficult questions such as the meaning of life, good vs. evil, religious matters, politics, etc. In addition, cults feed our need for structure and order. Some people join cults simply out of loneliness and a desire to be part of something bigger than themselves.

Cult leaders know how to speak to these basic desires. Masters of mind control, these “charming predators” are skilled at exploiting their potential converts’ anxieties. They excel at making new recruits feel loved and important, telling them exactly what they like to hear. These charmers make their followers believe in all kinds of outlandish concepts, such as complete financial security, constant peace of mind, perfect health and even eternal life. Their power lies in the promotion of ideas that are simple and seem to make sense - the exact opposite of the ambiguity, contradiction and uncertainty of day-to-day life.

The psychodynamics of cults

Complex psychological dynamics are at play in the creation of a cult. For example, cults take advantage of humankind’s desire to engage in magical thinking. Cult leaders are often bestowed with “magical powers”, parallel to children’s early perceptions of their parents as omnipresent and in control of their universe. In a similar vein, members of a cult regress and defer to their leaders to shape their thoughts and world view. This enables cult leaders to propagate lies and distortions to the point where their followers can no longer distinguish between what’s real and what’s imagined.

To maintain absolute control, cult leaders encourage their followers to sever ties with the outside world. An effective technique to isolate cult members is to propagate paranoid thinking through an “us vs. them” mentality - where “them” are families or even the government portrayed as a villain, and “us” is the cult as a safe harbour. Cut off from their former connections, converts become even more dependent on the cult to meet their physical and emotional needs. That is why it is so difficult to leave a cult or an abusive, cult-like relationship.

Despite all of this, cult members are often unaware of their situation and remain under the impression that they are acting on their own initiative. Although the contrary is obvious to outsiders, followers may have little idea of what has happened to them. The walls of their self-imposed prison are invisible.

As mentioned earlier, many social and corporate entities possess cult-like characteristics. Although less intrusive compared to religious cults, these entities also engage in similar forms of the conversion process. For example, many business organisations propagate commanding ideologies and cultural values. While providing their employees with a sense of meaning, purpose and belonging, they also require a strict adherence to a set of beliefs. Dissenters are swiftly punished.

Some of these organisations have charismatic leaders with whom employees can easily identify. The rank and file can be tempted to look up to these leaders as models of how they should act, think and feel. Due to the nature of their socialisation processes, employees can become so emotionally bound to their firm that work soon becomes more important than family and community.

Just like in bona fide cults, organisations can breed paranoid thinking. Corporate identity is often drawn in opposition to hostile outside forces, making “us vs. them” behaviour the norm. These cult-like organisations are not known for encouraging creative thinking. Dogma and mind control stifle the sharing of ideas, opinions and constructive criticism.

We should all be on guard for cult-like organisations. To resist the siren call, we need to be vigilant. We are each responsible for sustaining our ability to distinguish demagoguery from facts. We need to reject black-and-white thinking and seek every opportunity to engage in healthy debate. When problems crop up, discern the objective issues at hand, examine all angles and raise above scapegoating.

Lastly, let’s appreciate those thoughtful leaders who encourage critical thinking, prize sound judgement, value individuality and radiate authenticity. After all, the acid test of good leadership is the ability to unlock the potential of followers to make them better, not enslave them.

Danger of the double cults