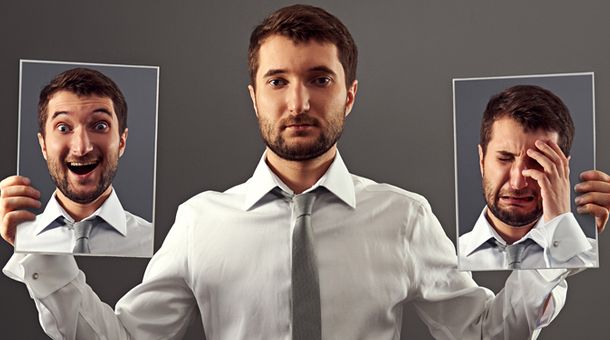 Image from Shutterstock.com
Sep 24 2018 by David Livermore Print This Article

My wife and I just dropped off our youngest daughter to start university. To say I was sad to leave Grace thousands of miles away is an understatement. Sure, I’m happy for her to spread her wings and start this new chapter but she and I have always been close and I’m not ready to let her go.

When it came to the dreaded moment of saying goodbye, I worked hard to apply the recurring advice I received from countless friends. “Dave. Hold it together. Nobody wants to see their parents cry and particularly not their dad.”

I watched these farewells play out all weekend as other parents were going through the same ritual. A lot of moms were crying, not many dads, and few if any students. Similar differences played out across different ethnic groups, with affective cultures doing little to disguise their tears and neutral ones looking stoic. Grace knows me too well to not have seen through my artificial smile and wavering voice but I kept a stiff upper lip as I gave her a final hug and watched her walk away.

Emotions play a powerful part in every relationship - first and foremost among our family but also among our friends and colleagues. This is why our social media feeds are filled with articles about things like: “7 secrets to deal with toxic behavior”,”4 ways to project more confidence”, or “5 ways to handle a friend who gives you the silent treatment.” But almost without fail, these articles seem to assume we’re all Westerners interacting with other Westerners. We’re repeatedly told to look people in the eye, speak up for yourself, smile while you speak, and similar platitudes. But many of these tips will get you in trouble if blindly applied to colleagues and friends in a diverse and global world.

So what do we do? “Common sense” isn’t enough but we can’t possibly learn the dos and don’ts for every culture we encounter. Even if we could, those generalizations are often wrong.

Here are a few starting points for handling the emotional side of our day-to-day interactions:

1. Emotional Intelligence is the first step. Emotional intelligence, the ability to detect and manage the emotions of yourself and others, is proven to play a critical role in being a strong leader, fostering team collaboration, and forging healthy family relationships. But the challenge comes when you detect and respond to the emotional expressiveness from someone who grew up with a different set of guidelines for what’s appropriate when and with whom.

That said, I have little confidence you can be culturally intelligent if you aren’t first able to read and react to the emotions of people from familiar cultures. And cultural intelligence is built from a premise of self-awareness, a critical part of emotional intelligence.

2. Emotions are universal. We often stereotype certain genders, ethnicities, and even functions and professions as being the “emotional” types. But if you’re human, you’re emotional. There is a set of universal triggers that elicit the same emotion in nearly all of us. For example, the sight of something coming straight at you triggers fear, regardless of your personality or culture. A similar trigger occurs when experiencing the unexpected, such as rough turbulence in flight. Even seasoned flight attendants admit that when they don’t expect it, a sudden jolt in the air frightens them.

In a world of robots and AI, it’s worth coming back to one of the most important elements that connects us as humans - our emotions. There are important norms worth learning for various situations and cultures that guide how much we should unveil our emotions. But we need to free ourselves and others from thinking some people are emotional and others aren’t.

3. We all make the same faces. Paul Ekman’s groundbreaking work on facial expressions finds that people from all over the world express sadness, fear, anger, surprise, and happiness using similar facial expressions.

I was initially skeptical of this finding. But through a series of renowned, peer-reviewed studies, Ekman makes a convincing case that people all over the world signal happiness with the corners of their mouths up and their eyes contracted. Anger is expressed with the corners of the mouth down and sadness is expressed with the eyelids drooping. Even individuals who have been blind from birth manifest the same nonverbal expressions. And Ekman found that indigenous tribes without exposure to outside groups used some of the same basic facial expressions as others around the world.

4. We disguise our emotions differently. Where cultural differences begin to come into play are the rules for how to appropriately manage emotional expressions. Parents teach children the display rules for various occasions, which get reinforced at school, through the media, and with peers. When should you show emotion, when should you exaggerate it, and when should you mask it?

We develop mechanisms for masking seemingly inappropriate expressions and learn when we should fake it. So even though a highly trained expert can spot disgust or sadness across faces from a variety of cultures, most of us miss it when an individual disguises their emotions with a behavior they’ve learned to do so.

5. We feel differently about the past. I’m an eternal optimist. I don’t spend too much time thinking about regrets and in times of disappointment, part of my coping mechanism is to focus on the positive. Some of that is personality driven but it’s also a reflection of culture. A series of studies comparing Germans’ and Americans’ sense of time illuminated the role of culture in how people view the past, present and future. Germans are more likely to look at the negative implications of past events while Americans are more likely to focus on the positive.

American cyclist Lance Armstrong, described cancer as the best thing that ever happened to him, whereas German actor Michael Lesch described cancer as a horrifying experience that continued to create a never ending sense of anxiety for him. This aligns with recurring sentiments found among many Americans and Germans at work. U.S. employees typically resist talking about their failures and indirectly refer to them as areas for improvement. Germans view that approach as rubbish and talk openly about failure and spend little time praising one another for their achievements.

CQ picks up where EQ leaves off.

Giggles may mean laughter in one culture and embarrassment in another. Some individuals have been socialized to express anger by yelling while others simmer in silence. Public affirmations may be encouraging in one context and humiliating in another.

There’s certainly value in using some of tips and pointers from various articles about how to project confidence, get better at small talk, or manage conflict. Just read them with a culturally intelligent eye and consider which tips need to be adapted for various groups.