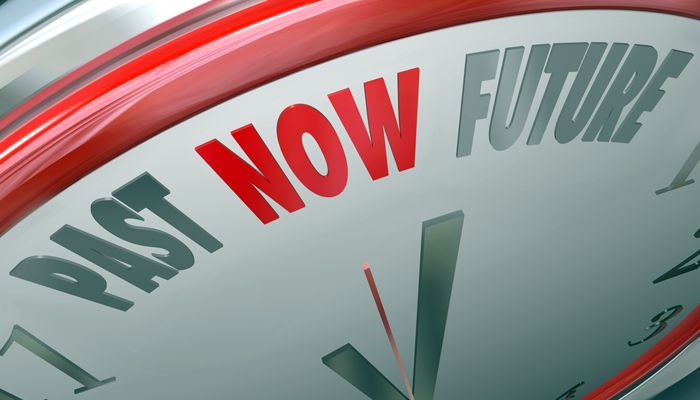 Today’s business leaders face a daunting and unprecedented challenge: The world is changing much faster than their organizations. Every business in every industry has been overwhelmed by a relentless accelerating pace of change. What makes this challenge so difficult is that there are no signs that things are going to slow down anytime soon. In fact, with recent budding developments in the Internet of Things, artificial intelligence, and blockchain technology, all indications are that the pace of change is only going to get faster. Whether we like it or not, for the foreseeable future, we are living in a permanently fast forward world.

The current reality of a world that changes faster than most organizations is unsustainable because the consequences are likely to be unrecoverable - as Kodak, Blockbuster, Tower Records, and many newspaper publishers discovered when their business models were completely disrupted by new technologies. If business leaders want their companies to survive and, more importantly, thrive in a fast forward world, they will need the courage to adopt new habits based on radically new ways of thinking and acting. It requires courage because adopting new habits means changing longstanding assumptions and beliefs about how the world of business works, and changing ingrained habits is rarely easy.

One of the most successful business books of the past few decades is Stephen Covey’s 7 Habits of Highly Effective People. Covey defines a habit as the intersection of knowledge, skill, and desire. Knowledge is the “what to do.” Skill is the “how to do.” And desire is the “want to do.” In business, desire is rarely an issue. Most business leaders are highly motivated to achieve results. When they are disrupted, it’s usually not a lack of desire that causes their displacement, but rather the failure to adapt their knowledge and skills to new realities.

Habits are powerful forces because the ways of thinking and acting they engender tend to operate on a subconscious level. When this happens, knowledge and skill often become second nature and the person is regarded as an expert. As long as the knowledge and the skills remain relevant, the related habits are valuable and useful. However, if new technologies, such as digital photography, transform an industry, the knowledge and skills associated with film processing can rapidly lose their value, and yesterday’s expertise can suddenly become today’s folly, especially when the experts resist the new realities and insist on the old ways.

This can become compounded when habits are shared by a community of like-minded people and become the foundation for a mindset that encapsulates the shared assumptions and understanding about how things work. Like habits, mindsets also operate at a subconscious level and can be very resistant to change.

The reason the world is changing much faster than most organizations is because business leaders are invested in habits and mindsets that no longer work, and unless they mobilize the will to change, the gap between the world and their organizations is only going to get wider. However, if they can summon the determination to think and act differently, they can not only close this gap, they can also leverage new ways of thinking and acting into new individual habits and new collective mindsets that can become a sustainable competitive advantage for navigating a rapidly changing world.

Navigating businesses through the turbulent waters of rapid change means that business leaders have to become very knowledgeable in three new ways of thinking: networks, exponential thinking, and collective intelligence.

The most significant consequence of the digital revolution is the creation of a hyper-connected world that has accelerated the development of a new form of social organization: the distributed peer-to-peer network. This new way of organizing is far more powerful than its historical predecessor, the centralized top-down hierarchy, which explains why Wikipedia - without any intention of doing so - completely disrupted and displaced the 244-year old market leader in a little more than a decade.

Networks tend to be both smarter and faster than hierarchies because they have a faster path to knowledge by leveraging the intelligence of everyone throughout the network rather than just the elite few at the top. If businesses want to avoid becoming an unintended consequence of market disruption, they need to be highly skilled in building and leading networks.

Business leaders also need to become highly competent in exponential thinking. Throughout most of the twentieth century, change was incremental and could be managed by extrapolating historical trends into future projections. This linear thinking continues to serve as the foundation of strategy for most organizations today. A colleague who serves on the board of a highly respected university relayed how, in a strategy session focused on the next fifty years, the group assumed that the trends of the past half century could be linearly projected onto the next five decades.

But in a world where the evidence is quite clear that Moore’s Law will continue to shape the foreseeable future, it is senseless to continue to apply linear extrapolations in strategic planning and assume that companies will be doing the same thing that they are doing today even as short as ten years from now. This is why IBM, whose past history of linear thinking almost caused its demise in the 1990’s, has learned its lesson and is embracing new ways of thinking by getting ready for a very different future and shifting its focus from services to artificial intelligence and blockchain.

Of the three new ways of thinking, the most difficult involves gaining an appreciation for the extraordinary potential of collective intelligence. That’s because the dynamics of collective intelligence are counterintuitive to everything that we have been taught about how intelligence works. From the time we first entered an elementary school classroom, we have been thoroughly socialized into the notion that intelligence is an individual phenomenon. This explains why we both revere and aspire to become experts. If intelligence is an individual phenomenon, then the fastest path to knowledge is to find an expert.

In his seminal book, The Wisdom of Crowds, James Surowiecki challenges this notion by documenting that there are many times when the crowd is smarter than any individual expert. He demonstrates that when there is a diversity of experts, nonexperts, and even eccentrics who are free to express their opinions without fear of any retaliation, and when there is some type of aggregation mechanism to collate the individual observations into a collective intelligence, this is often a smarter and faster path to knowledge.

In addition to thinking differently, meeting the challenges of accelerating change means that business leaders also need to act differently. Since Frederick Taylor first codified the nineteenth century top-down management model that is still practiced by most companies today, the basic formula of management has been “plan and control.” Planning has been the foundation of strategy, and control has served as the platform for execution. Today this basic formula no longer works because, in a rapidly changing world, strategies are not planned; they’re discovered. The new formula for twenty-first century business is “explore, experiment, and execute.”

This doesn’t mean that everything that managers have learned about planning and control is no longer relevant. Quite the contrary, these remain critical skills, but their usefulness now is limited to tactical execution. The new foundation for strategy is discovery, and the essential activities, as we have learned from the Lean Start Up community, are exploring and experimenting.

When discovery is the context for developing strategy, innovation - creating something that has never existed before - becomes a critical core competency for business leaders. This means that the linear analytical processes that projected the trends and patterns of historical data need to give way to holistic emergent processes that can rapidly aggregate collective intelligence to solve customer problems that we have always considered insurmountable. That’s what new technology makes possible, as we saw when the airplane solved the insurmountable problem of how humans could fly.

We are living in the midst of a technology explosion that, at this point, is only beginning. As the Internet of Things brings everyone and everything together into a single hyper-connected network and leverages artificial intelligence to leap beyond the limitations of the individual brain by aggregating both human and machine collective intelligence, the opportunities for innovation will be almost limitless. If business leaders want to be at the forefront of innovation and leading rather than being displaced by disruptive change, they will need to learn new habits by adopting new ways of thinking and new ways of acting.