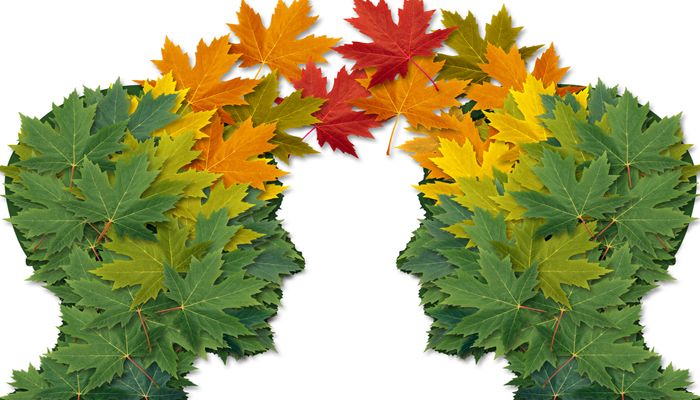 Image from Shutterstock.com
Jul 03 2018 by Rod Collins Print This Article

The heavyweight boxer Mike Tyson once famously quipped, “Everybody has a plan, until they get punched in the face.” While having a plan is better than not having one, the sage advice implicit in Tyson’s observation is that, in the end, it isn’t plans that separate the winners from the losers, but rather the agility to respond to the unexpected in real time.

Increasingly, this advice applies to businesses, as the pace of change continues to accelerate. The five-year and ten-year strategic plans that used to be the hallmark of the well-run business have become less useful, and sometimes even fatal, in rapidly changing markets. Just ask Kodak and Xerox, each of whom almost certainly had long-term plans, and each of whom, in differing ways, were “punched in the face” by markets and competitors who had no regard for corporate plans or corporate visions.

The Problem with Plans

The problem with plans is that, despite attempts to survey changes in the current and future business landscape, when it comes to deciding business strategy, business leaders have great difficulty in accepting that a once-successful business model needs to radically change or that there are new business models that could open new horizons.

Kodak, which invented the digital camera, shelved the innovation because it couldn’t envision a world without film. And Xerox, which was locked into the notion that it was a copier company, missed the opportunity to become the world’s leading computer company when it failed to leverage the personal computer technology created by its world class R&D lab. What both of these legendary companies lacked was the agility to create new and more powerful business models.

What’s amazing about these two examples is that their miscues were not failures in innovation. Both of these companies had extraordinarily talented innovators whose inventions did, in fact, redefine their markets. However, neither company could capitalize on these innovations because their hierarchical management systems were designed to optimize existing efficiencies rather than to create new value.

The business leaders in both of these two iconic companies could not see any use for the new technologies their engineers invented because they couldn’t see how these new product ideas would enhance their current operations. And even worse, in the case of Kodak, the company’s leaders were concerned that these radical innovations could pose a serious threat to the lucrative profits of their existing products.

This left the door open for Steve Jobs to create the personal computer market and to transform the mobile phone into a digital camera, using borrowed ideas from Kodak and Xerox to catapult Apple into becoming the world’s most profitable company. While the traditional business leaders were following the conventional B-School wisdom of sustaining market advantage through cost efficiency, Jobs, the college dropout, was forging a new path and convincingly demonstrating that market position and profitability in a rapidly changing world has more to do with creating value than cutting costs.

Envisioning a Future that’s Different from the Past

When the market no longer values your products, reducing the cost to produce obsolete offerings becomes meaningless activity. It’s the efficient value creators not the efficient cost cutters who will be the market leaders in digitally disrupted markets. This thinking is implicit in the popular quote attributed to Alan Kay - who, incidentally, worked in Xerox’s R&D Lab for many years - and who wisely observed, “The best way to predict the future is to invent it.”

It you want to be successful at innovation efficiency, you have to have the mindset of the entrepreneur, which means you have to be able to envision a future that may be very different from your past. You have to be willing to let go of old product models before the market makes that choice for you, and you have to be able to build and deliver new business models faster and better than the competition.

This is a problem for most companies because the mindset of the entrepreneur is usually at odds with the working norms of hierarchical organizations. This problem is the root of the executive dilemma that plagues most organizations: How do companies maintain their current business operational efficiencies to sustain short-term profitability while, at the same time, accelerate their innovation efficiencies, which are the foundation for long-term growth? An interesting answer to this dilemma, which has been proffered in two recent books, is to consider creating some form of a “dual company.”

In his book, Accelerate: Building Strategic Agility for a Faster Moving World, John Kotter proposes that business leaders consider adopting a dual operating system as a solution to break free from the constraints of hierarchical management systems that are designed for efficiency rather than strategic agility. This is accomplished by creating a second agile network structure that complements the traditional hierarchical organization.

This second structure is not a cross-functional task force that reports to an executive champion, but rather a relatively autonomous system that is free of the usual bureaucratic processes that slow organizations down. The participants in the network are drawn from and continue to work in the hierarchical structure and serve as the catalysts for maintaining the necessary synergies between the two systems.

The key attribute that drives the effectiveness of the network is its lack of bureaucratic barriers. There is no ascription of authority in the network. Thus, anyone can propose an idea or an initiative, and no one has the wherewithal to unilaterally impose his or her will upon the network. All participants are equally empowered to build a consensus around their ideas. If one can garner the voluntary support of enough people, the network provides a powerful opportunity to rapidly develop an idea into a well-formulated strategic proposal for consideration by the company’s leadership team.

Because the participants in the network are also part of the hierarchical delivery structure, key requirements for implementing a new idea are integrated into the iterative development of the strategic initiative, increasing the chances that innovations are not only rapidly formulated but are also rapidly deployed.

The linchpin that makes this arrangement work is the CEO, who serves as the steward for both systems, making sure that they are equally balanced, sufficiently autonomous, and most importantly, effectively interdependent. This stewardship enables the two systems to coexist in an organic relationship that supports both adaptability and productivity in responding to the challenges of a rapidly changing world.

A second approach to building a dual company is outlined by Scott Anthony, Clark Gilbert, and Mark Johnson in their book Dual Transformation: How to Reposition Today's Business While Creating the Future. The authors point out that business transformation often requires companies to proceed down two very different paths at the same time.

The first path involves evolving and sustaining existing operations, which provide the crucial cash flow and capabilities to invest in growth, while the mission of the second path is to fulfill the need to create new businesses in response to disruptive shock. The authors refer to these paths as Transformation A and Transformation B.

The work of Transformation A involves changing the how while what you do remains the same. A good example is Netflix when it shifted from individual DVD rentals to a monthly subscription model. In Transformation A, the strategic task is to reposition the current business to resiliently respond to rapid market shifts. Transformation B, on the other hand, involves changing both the what and the how by creating a separate new growth engine.

The authors also cite the example of Apple during Steve Jobs second stint as CEO when he moved the company from desktop computers to mobile devices and entertainment. The essence of Transformation B is about discovering new ways to solve new problems with new technologies that make possible what was historically considered impossible.

The authors wisely observe that both Transformation A and Transformation B involve extensive exploration because, in a rapidly changing world, finding the right strategy is always a discovery process. In Transformation A, you are discovering new ways to deliver current value, whereas in Transformation B, you are creating new value by envisioning a future that is very different than your past.

Unlike Kotter’s Dual Operating System, the authors of Dual Transformation don’t believe the same people can perform the dual tasks of evolving current operations and creating new businesses. They argue that the skills and the organizational norms to do these tasks well are very different, and that Transformation B, given its inherently experimental nature, needs a high degree of organizational autonomy or it risks being overwhelmed by the more established operating business. Similar to Kotter, the authors emphasize the critical role of the CEO who must carefully balance the needs of the two transformations and assure the more fragile Transformation B is not overwhelmed by the more established operating company, especially if it becomes clear that the right strategy for growth means disrupting the existing business.

The Fundamental Work of Strategy

Imagine how differently things could have turned out for Kodak or Xerox if they had adopted one of these two dual company models. Then perhaps Kodak might have invented the mobile phone and Xerox might have cornered the personal computer market. But instead of discovering new ways to create value with new technologies, they stuck with the plan.

In a rapidly changing world, the fundamental work of strategy has more to do with exploring than planning, which is why adopting some form of the dual company has become a critical organizational competency for responding to the unexpected in real time.