Do CEOs deserve their pay? 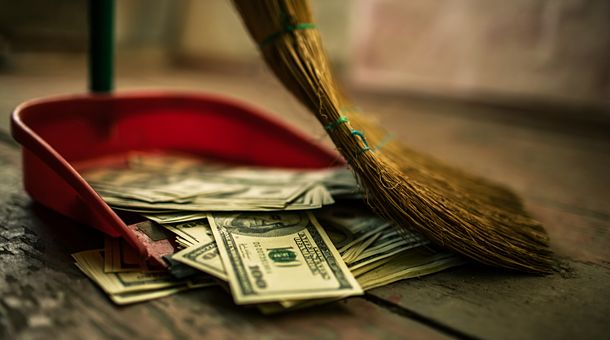 According to the most recent report of the Economic Policy Institute, the average CEO-to-worker pay ratio in the United States has gone down from 286-to-1 (in 2015) to 271-to-1 (in 2016). This number may disappoint many top executives who were hoping to see it return to its peak of 383-to-1, achieved in 2000. But in spite of this “bad” news, it’s clear that CEOs will not receive a pauper’s wage.

Looking at these figures, it appears that nobody heeded the warnings of management sage Peter Drucker who determined that the proper ratio between a chief executive’s pay and that of the average worker should be around 20-to-1 (as it was in 1965). Drucker believed that larger discrepancies would bring about morale problems within the workforce. As things stand now, many CEOs earn more in a single workday that the average worker makes in an entire year.

In many respects, extremely large CEO compensation packages are problematic. The practice over-emphasises the impact of a single individual and undervalues the contributions of other employees to the success of a company. What make these ratios even more troublesome are studies that show that companies with high CEO-to-worker pay ratios have lower shareholder returns than companies with lower ratios.

The myths behind CEO mega pay

I would argue that extremely high salaries for CEOs are abetted by the following myths.

If CEOs were not paid so well, they would not work as hard. Thus, for the benefit of the corporation, it’s essential to offer them generous incentive packages.

Reality: High achieving CEOs will work hard whatever they are paid.

Given our understanding of human motivation, the kinds of people interested in the corporate game tend to be high achievers. And most CEO-types fall into this category. From my experience working with these people, they will work hard regardless of salary. Companies that give CEOs grandiose pay packages are wasting resources that could be put to better use. It’s very unlikely that cutting CEOs’ pay would affect the bottom line.

According to this argument, talented CEOs possess impressive but very scarce leadership skills. Generous pay packages merely represent the market forces of supply and demand. If there was an oversupply of people with such unique qualities, market forces would bring their salaries down. Furthermore, they deserve high levels of compensation given their ability to withstand the enormous pressure they are under to create exceptional results for the corporation.

Reality: CEOs are not that exceptional and it's almost impossible to measure their singular contribution to the bottom line.

What may be a downer to some is the fact that most CEOs aren’t that exceptional. Rare are those who have the impact of a Steve Jobs or a Bill Gates. Although they may imagine that their skills are in scarce supply, many are quite ordinary, fallible human beings who have only a limited impact on their companies. To replace them is not an impossible task. After all, every year, worldwide, business schools crank out hundreds of thousands of MBAs, many with sights on a CEO’s office. In addition, no matter how talented, CEOs cannot run their companies alone. Other qualified people are needed to make it happen. Given economic upswings and downswings, it’s very hard to determine the exact value a single CEO creates or destroys. A company’s success is always the result of a team effort.

In order to understand why extremely high CEO pay persists and why people continue to buy into the illusion that they are getting their money’s worth, we need to look at a number of systemic issues and dynamics that drive the cult of the CEO.

In the CEO mega compensation game, peer comparisons play a central role. Both the board’s compensation committee and prospective CEOs are taking advantage of the “above average effect”. When determining the size of salaries, members of the board assume that a prospective CEO must be above average and make remuneration comparisons accordingly. Similarly, in bargaining for their pay, CEOs will not suggest that they are below average. All of them want to be paid more than the median.

Board members may fear that if they don’t compensate CEOs according to the upper quartile of the compensation scale, they could lose them. They may worry that their CEO will be “poached”. These social comparison processes, however, when repeated year after year, have a dramatic, inflationary effect on pay packages.

To put even more oil on this inflationary compensation fire, many head hunters base their own fees on what a prospective CEO will be paid. And as they are operating in a highly irrational market, they have considerable leeway to jack up the pay package. Furthermore, the remuneration of most compensation consultants is based on a formula tied to their prospect’s pay package. When we combine all these escalating pressures with the fact that many board members often do not fully understand the convoluted pay structures designed by these consultants, it’s no wonder that there has been such inflation in compensation.

Given the existing pay bonanza, it is fair to say that many CEOs have lost their capacity for fair judgment when making a case for their own compensation, acting more like mercenaries than genuine leaders. They are reluctant to recognise that an excessive compensation package has negative implications. For instance, it destroys the sense of community that a high-performing organisation needs. It demoralises people and may even motivate some to leave. Although some CEOs may acknowledge the downsides of exorbitant pay packages (as they prefer to keep their pay secret), greed is one of the deadly sins most difficult to overcome.

Keeping the compensation game within boundaries

Unfortunately, self-policing by the CEO community is quite unlikely. Countervailing pressures will be necessary to keep CEO compensation packages within limits.

For a start, board members need to push back against the “above average effect” and not be tempted to make comparisons with outliers. They also should be very wary of excessively complicated compensation schemes which make it easier for opportunists to rig the system. All too frequently, these convoluted pay constructions turn CEOs into financial engineers - focused on ways to impact compensations formula instead of investing in the company’s future. Board members need to face the unpleasant truth that compensation packages can be “gamed” in such a way to boost a company’s short-term earnings. For example, the emphasis on stock options and restricted stock grants invites manipulation.

Compensation packages should be designed with a focus on the company’s long-term health, taking the various stakeholders into consideration. For example, we can see how the German tradition of worker representation on the board serves as an antidote to excessive compensation.

Publicly releasing information about top executive compensation is one way to offset excessive salaries. Another suggestion is a shareholder vote on top executives’ compensation packages. The same approach can be used concerning shareholder approval on all share buybacks which are also an invitation to manipulate compensation when it is tied to share price. (Often, in taking such actions the price of the shares is pushed up without actually investing in the company’s capital, R&D or the development of its people.)

Clawback provisions could also reduce the temptation to manage for the short-term. They force executives to return compensation that - at a later stage - turned out to be calculated incorrectly.

Another way to fight against excessive compensation is taking a hard look at how a company deals with existing tax codes. Compensation decisions are often attempts at finding “creative” ways to manoeuvre through a maze of tax regulations. In this case, the government needs to play an important role. For example, implementing higher marginal income tax rates at the very top would have a dampening effect on large compensation packages.

Furthermore, in many countries, the way stock options are taxed could be revisited. Lastly, a rather innovative measure to prevent pay packages from spiralling out of control would be to set high corporate tax rates for firms that have very high CEO-to-worker compensation ratios.

These various recommendations may not be received warmly, as many people view the CEO compensation game as an important bulwark of capitalism. Although this may be true, inflated CEO pay scales are also a sign of impending rot. While capitalism has many positives (in light of the alternatives), free market ideas in unrestrained forms have serious dysfunctional effects on society. Unbridled capitalism only contributes to social unrest. Therefore, it’s timely that the next generation of CEOs thinks more creatively about the challenges corporations face in building sustainable businesses. And a good start to this is creating fair compensation systems.

CEO pay based on self-serving myth

The knock-on effects of CEO pay