Digital transformation: from worker to gamer 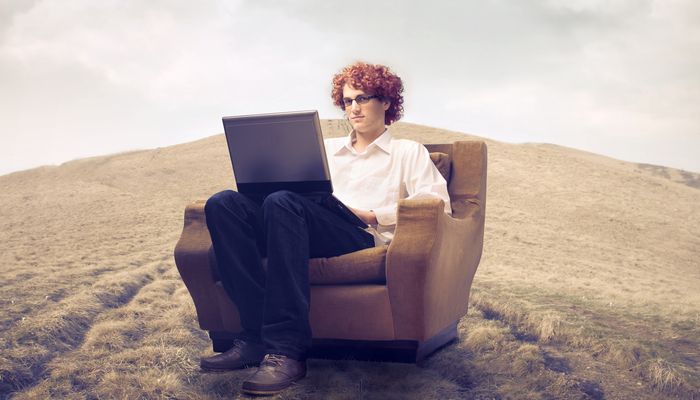 Image from Shutterstock.com
Feb 06 2018 by Rod Collins Print This Article

Whether we’re ready to acknowledge it or not, digital transformation - the fundamental socioeconomic architectural shift from top-down hierarchies to peer-to-peer networks - is dramatically disrupting all the rules for how the world works. At the heart of what many call digital disruption is this unsettling reality: most of our beliefs about how things work become rapidly obsolete once an institution is fully disrupted.

For example, if you are a musician, the old rules said you could only make it big if you were noticed and signed by a major record label. Today, a good home recording device, a viral YouTube video, and an online digital music distribution platform allow musicians to build an audience and completely bypass the traditional industry players.

For over two centuries, the old rules of the established gatekeepers of high-priced encyclopedias dictated that only a small group of academic elites would be recognized as purveyors of the world’s knowledge. Today the planet’s most widely-used encyclopedia is produced by the collective wisdom of the crowd and available to everyone for free.

Both of these examples are very familiar to us because the media industry has the distinction of being the first business sector to feel the full effects of digital disruption. And something else we’ve learned that’s equally unsettling is that, in addition to upending the rules for how things work, digital disruption has a tendency to eliminate large numbers of jobs when they suddenly become unnecessary in digitally transformed markets.

A Dramatic Reduction in Jobs

As the powerful forces of digital disruption continue to create unprecedented capabilities, such as the Internet of Things, artificial intelligence, nanotechnology, and robotics, we are likely to see the emergence of a pressing world-wide social problem: a dramatic and permanent reduction in the number of jobs across all industries and institutions. Within the next two decades, it’s highly likely that advances in robotics and the proliferation of home 3D printers will eliminate most manufacturing jobs. Amazon is currently experimenting with cashierless stores, a harbinger of the coming massive reduction in service jobs. And, perhaps most surprising and unexpected, will be the extensive eradication of professional jobs as knowledge workers are displaced by the smarter and faster capabilities of artificial intelligence.

It shouldn’t surprise us that, as we enter a new economic age, jobs may become obsolete because the notion that people receive economic value for providing time in mass production enterprises is an invention of the Industrial Revolution. For the most part, there were no hourly wages or annual salaries in the Agrarian Age.

Technology revolutions breed economic revolutions, which often spawn new ways to create economic value and new vehicles to distribute the new value. The invention of the job was the new vehicle for the Industrial Age. While we have seen how the Digital Age is creating new and massive opportunities for wealth, what remains to be seen is how we can better distribute that wealth.

The expected dramatic reduction in traditional employment doesn’t necessarily mean that work disappears. Work will continue to be an important dimension of day-to-day life, but its context is likely to be very different in a digitally transformed world. In fact, our economic contributions are likely to happen within the context of a radically different economic role: the gamer.

While the role of the gamer may seem foreign - or even far-fetched - being a contributor is something to which we can all relate because so many of us are already contributors to various Internet venues, such as Google, Facebook, and Instagram. As we shift economic paradigms, what needs to change is the opportunity to be paid for these contributions. The role of the gamer may be a tangible way to effect that change and may become a very lucrative pathway to middle class wealth in the very near future.

For those born before the 1990’s, the idea that participation in games could become the conduit for middle-class wealth might seem bizarre. That’s because most of us view games as recreational pastimes that serve as diversions from real-world work. Games are what we do when we want to entertain ourselves or we need to keep our children occupied. In the past, games were about sitting around a table playing cards or board games. Games also included playing on sports teams in basketball or softball leagues or participating in online Fantasy Football leagues. Unless you are a professional athlete or a professional gambler, for most adults, games have not been considered serious activities.

However, those born after 1990 and who have grown up with the Internet have a very different perspective. They understand that games can be powerful and highly productive platforms for mass collaboration. Most of us would be surprised to learn that, according to Jane McGonigal, the author of Reality Is Broken: Why Games Make Us Better and How They Can Change the World, gamers spend more time today compiling collective intelligence than anyone else. Because one of the distinguishing attributes of networks is their capacity to leverage the extraordinary speed and intelligence of the crowd, then understanding the thinking and the activities of those who are most involved in compiling collective intelligence is a good way to begin to acclimate to the new realities of the coming economy.

McGonigal suggests new developments in online video games can make significant contributions to boosting the productivity of many business organizations. That’s because today’s online games are increasingly collaborative efforts and have two things in common with successful businesses: “a clear goal and actionable steps toward achieving that goal.” McGonigal cites the real-world example of how one business used gaming technology to quickly solve what appeared to be an insurmountable problem.

In the summer of 2009, the Guardian newspaper had obtained leaked documents that pointed to widespread expense fraud among the members of the British Parliament (MPs). To appease public outrage, the MPs engaged in a bit of gamesmanship by providing the newspaper with an unsorted electronic data dump of more than a million expense forms for claims from the previous four years. Knowing it was impossible for their reporters to make sense of the data dump, the Guardian decided it would crowdsource the effort by developing a game called “Investigate Your MP’s Expenses,” and invite all British citizens to participate.

The response was astounding. Within a few days, more than 20,000 participants were able to quickly sort through the records and identify several probable perpetrators among the MPs. The collaborative work of the gamers led to the resignation of at least twenty-eight MPs, criminal proceedings against four MPs and the repayment of £1.12 million by hundreds of others.

While the Guardian gamers volunteered their contributions, this example shows how games can be a highly efficient way of working. Once business leaders grasp the power of this new model, they may use similar gaming applications to solve what have been intractable problems and be willing to pay gamers for their contributions. According to McGonigal, very big games represent the future of collaboration and may be the best hope for solving the most complex problems of our time.

Another likely candidate for gaming applications is blockchain technology. As blockchain evolves and becomes more ubiquitous as the fundamental platform for IT, we will need to build a robust Proof of Truth mechanism that better validates the content of transactions to replace the current cumbersome and energy-intensive Proof of Work mechanisms. Transforming Blockchain miners into gamers may be the practical vehicle for incentivizing the effort necessary to make a Proof of Truth mechanism work on a very large scale.

Don and Alex Tapscott, the authors of Blockchain Revolution: How the Technology Behind Bitcoin is Changing Money, Business, and the World, describe other ways that games could be used to create economic value. For example, Nike could use blockchain and gamer technology to generate and store data on a distributed ledger that both the company and its customers could monetize as agreed in smart contracts. Nike could offer a tiny piece of its shares with every pair of its shoes, if the consumer would agree to activate the smarts in the shoes, or even sync the shoes to other wearables such as a heart monitor.

These are just some of the innovative ways that all of us - rather than just the founders and the investors - could share in the new wealth created by digital transformation. And while being a gamer may seem like a strange way to make a living, if both paid the same, which would you rather do: follow somebody else’s orders as a compliant worker or have fun playing games?

A glimpse into the future of work