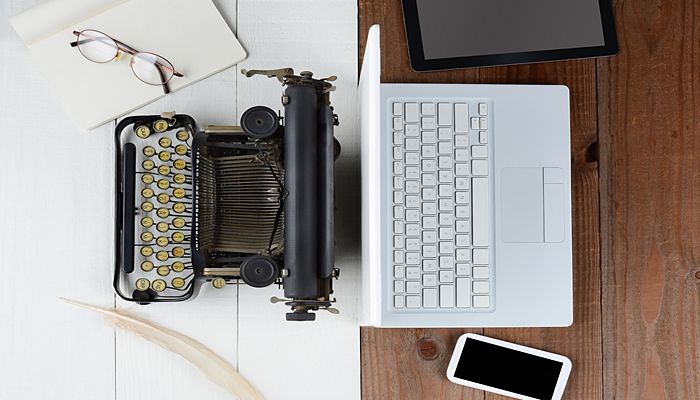 Image from Shutterstock.com
Oct 26 2017 by Rod Collins Print This Article

In 2006, Don Tapscott and Anthony D. Williams described in their book Wikinomics how a new phenomenon they called ‘mass collaboration’ was going to change everything. They recognized that this unprecedented capacity for self-organization would give rise to powerful new models of production based on distributed peer-to-peer networks rather than centralized top-down hierarchies. Tapscott and Williams envisioned a world where this new way of organizing would eventually displace traditional corporate structures as the economy’s dominant engine for wealth creation.

At the time, many critics dismissed the two authors as being carried away by breathless hype and overstating the impact of the digital revolution. While these critics acknowledged the obvious reality of fast-paced technological innovation, they scoffed at the notion that new technologies would radically change the fundamental dynamics of how our social structures work.

Given that more than a decade later the top-down hierarchy continues to remain the dominant organizational structure, it might be tempting to conclude the critics are right and that the notion that mass collaboration changes everything is indeed nothing more than hype. However, closure at this point might be premature because there’s increasing evidence that we are on the cusp of a new second wave of the digital revolution, which promises to be far more transformative than the already disruptive first wave.

The first wave of the digital revolution emerged with the dawn of the new century when the Internet created new ways to connect people and get things done. One of the interesting developments of this first wave is that it hasn’t affected all industries equally. If you are in the media, entertainment, retail, or communications industries, your world has been thoroughly transformed. Stalwart names, such as Border’s, Blockbuster, Kodak, Tower Records, and the Encyclopedia Britannica, have been either disrupted or displaced by the upstarts Amazon, Netflix, Apple, Spotify, and Wikipedia.

If you work in the healthcare, insurance, energy, food processing, or, until recently, the financial services industries, your world has not been heavily impacted by this first wave. For these core economic industries, digital transformation has been essentially limited to digitizing existing product models. Unlike the media and retail industries whose basic business models have been radically disrupted, the longstanding models of the core economic industries have remained essentially the same.

However, this is likely to soon change as we see early signs of the arrival of a new wave, which will leave no industry untouched. This second wave will be spawned by an incredibly powerful force, the Internet of Things (IoT), which will not only dramatically accelerate the capacity for mass collaboration, but as Tapscott and Williams foresaw, will indeed change everything.

Second Wave: The Internet of Things

Jeremy Rifken, in The Zero Marginal Cost Society, describes the emerging IoT as the first smart-infrastructure revolution in history because it will allow every human being and every thing to communicate with each other by connecting every machine, business, residence, and vehicle within a single comprehensive operating system. This infrastructure will rapidly take shape over the next decade as the number of sensors grows at exponential speed. In 2007, there were 10 million sensors, by 2013 we achieved 3.5 billion sensors, and by 2030, it is projected that 100 trillion sensors will connect to the IoT.

The IoT has already begun to create a superintelligent network that will allow humans to keep up with the pace of change by making everything more intelligent. According to Steve Case, the founder of AOL, the IoT transforms “the Internet from something we interact with to something that interacts with everything around us.”

One of the most important attributes of the IoT will be its ability to recognize weak signals before they become strong ones, allowing humans to recognize patterns before they cause problems. Weak signals are patterns that a human mind doesn’t notice because these signals are usually understated when they first emerge, and therefore, are likely to remain hidden in plain sight. Perhaps no industry will be more impacted by this attribute than the arguably biggest laggard in the first two decades of the digital revolution: healthcare.

While most hospitals today are full of smart devices, few of the sensors in these devices communicate with each other. Once these sensors are fully connected via the IoT, the practice of healthcare will be dramatically transformed. For example, the IoT will be able to warn patients - at home via Amazon’s Alexa or on a smartphone - of blood clots before impending strokes or heart attacks. Sensors linked to electronic medical records will allow the IoT to quickly diagnose a patient’s likely physical state to assist emergency medical personnel and expedite treatment. Skin patches will capture vital data, measuring heart rate, food consumption, and other factors, and will communicate this information to patients and providers through third-party apps. And these apps, using sensor data will become vital conduits of healthcare, providing reliable instant diagnoses.

Rather than waiting for the presentation of symptoms, the IoT will recognize the weak signals of cellular anomalies, notify both patients and doctors through apps, and even set up doctor appointments. As the IoT matures, it will automatically correct the medical malady and notify both patient and doctor of the aborted illness. When the IoT reaches this level of functionality, it will be humankind’s first experience of an omniscient system that will know everything about everyone. The system will have “divine-like” qualities because it will be able to benevolently and autonomously intercede to maintain continual health.

Another core industry that is likely to be radically transformed is the transportation industry. As short as five years ago, most of us would have thought the notion of driverless cars was either science fiction, or at a minimum, decades away. Yet, today driverless cars are a reality as Google is currently testing these autonomous vehicles on open roads and traditional automakers such as Mercedes-Benz, Nissan, and Audi are revamping their business strategies around this transportation game-changer.

Nevertheless, the chances are most of us underestimate just how transformative driverless cars will be. That’s because we assume that driverless cars will be individually driven, as autos are today - the only difference being the computer will be at the controls instead of a human operator. Although that may be the initial modus operandi, the ultimate operating system for these autonomous vehicles is likely to be shaped by the IoT.

Because each driverless car is a collection of smart sensor devices that can be interconnected into a holistic network, the IoT will be able to aggregate and leverage the collective intelligence distributed throughout the network to drive all the vehicles concurrently. In other words, no longer will individual drivers, whether human or automated, be making individual decisions by anticipating what other drivers will do. Rather the IoT system will be making proactive decisions for all the driverless cars with the full knowledge of what each car is doing in real-time. This holistic driving capability has the potential to drastically reduce car accidents. It also means that driverless cars will essentially become a highly sophisticated automated mass collaboration system.

Healthcare and transportation are just two examples of how all industries will be revolutionized by the fundamental architectural shift from bureaucratic hierarchies to digitally transformed networks. Similar metamorphoses are already happening in financial services as blockchain technology eliminates the need for financial intermediaries and will likely happen in energy as individuals bypass corporations to form their own networks for exchanging solar energy.

The Internet of Things will change everything because by connecting every person and every thing into a single global network, the IoT will accelerate the network effect and set in motion the evolutionary sequence of the three laws of networks, described in Part I of this series: the law of connections, which shifts power from elites to peers; the law of self-organization, which creates the conditions for mass collaboration; and the law of collective intelligence, which produces extraordinarily intelligent results at incredibly fast speeds.

However, while the second wave of the digital revolution portends much promise for the future capabilities of humanity, these wondrous possibilities are not guaranteed. That’s because a byproduct of the acceleration of the network effect is the emergence of two massive jobs to be done, which if not handled properly, could very well wreak havoc on all of us. More on this next month.