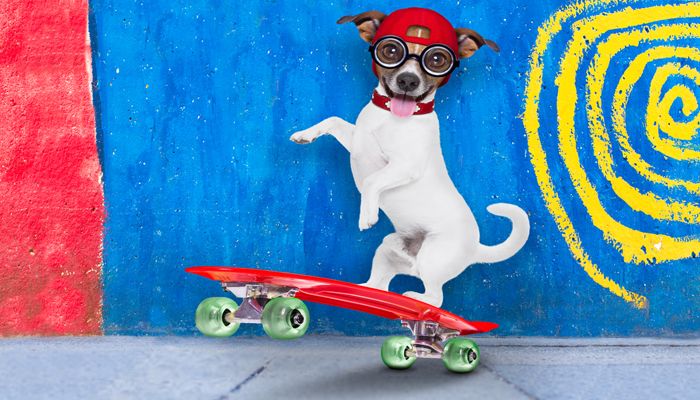 Image from Shutterstock.com
Sep 25 2017 by Duane Dike Print This Article

Take care the next time you proclaim, “You can’t teach an old dog new tricks!” You could be, and most likely are, terribly wrong. That old dog knows more and can handle more situations than any of us can imagine. The age of that old dog does not determine his or her ability to learn. It’s just that what they learn goes into different thinking categories, mostly because they’ve seen similar challenges before.

It almost looks like these older workers live up to expectations. Younger workers think their older partners are slow to learn so, in effect, they become difficult to teach. Younger workers predict the future and, lo and behold, it becomes true.

In truth, these older workers may have an overwhelming desire to learn new things, to change perspectives, to develop themselves into even better critical thinkers. The problem is that younger people see our senior friends as self-proclaimed experts, people who know everything about everything. Putting it bluntly, how do you teach an expert they are wrong? Under this expert perspective, you can’t.

There’s no surprise that beginners learn quickly. Their experience and learning levels are open for new material. Nothing stands in their way. Everything is new. The problem is that these younger, newer thinkers think they have all the new great thoughts and ideas. Gee, I was that way. I always had a better way of getting things done. Sometimes those ideas worked, other times they totally missed that objective. Why? Mark Twain is credited with putting it nicely, “It ain’t what you don’t know that gets into trouble. It’s what you know for sure that just ain’t so.”

Theoretical thinkers (for the most part) believe that new theories grow on top of existing theories until a time of crisis hits and - wham - a brand new theoretical concept hits. The problem today is that people think great ideas come from the young with the notion that the experts (those older folks) are wrong. That’s sad. I remember listening to my seniors talk about all sorts of things, gleaning new ways of doing the gig. Newcomers today don’t see the value of older thinkers because those old timers’ expert opinions are wrong. And, what’s possibly worse, is these older workers don’t see a value in the newcomers’ ideas, either.

No one is perfect

What are all the people in these scenarios missing? Answer: the notion that nobody is the ultimate authority on anything. Sure, some people think they are authoritative because of titles or levels in the organization, but that doesn’t make sense. Even these people’s thoughts, their theoretical thinking, builds on previous theories, or thinking. It’s sad the way this line of thinking works. The newcomers have great ideas; the older workers have great ideas. But none of those ideas, from either side, is perfect.

I need to remember that my expert opinions have flaws. And, the younger generation needs to learn that their wonderful ideas may not be all that wonderful. We need the older (sharper) workers, and we need the younger (sharper) workers to discuss ideas, these new discoveries with each other. I would love to become a beginner today, with my current knowledge. That’s not going to happen. But I can remain youthful in approach, encouraging thoughts from young and old, from the bright and from the experienced.

I must take what I know to be true and balance that with the knowledge that, maybe, it just ain’t so.

Thank you for listening.

“It is one of the blessings of old friends that you can afford to be stupid with them.” Ralph Waldo Emerson.

The value of older workers