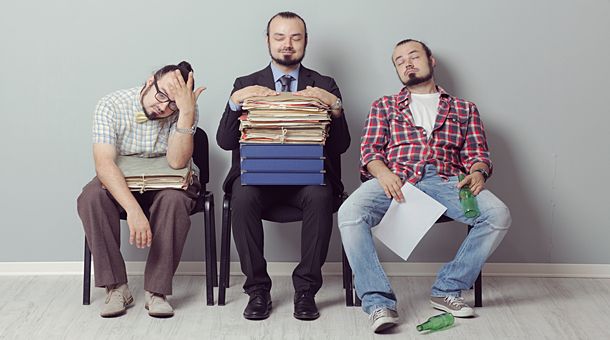 Image from Shutterstock.com
May 16 2017 by Morten Bennedsen Print This Article

Employee absenteeism is a problem for companies everywhere. When employees are away from the office, for good reasons or not, the cost has been measured at somewhere around 4 percent of the world’s GDP. Absences lead to delayed work, colleagues take on more and projects are hampered, thus reducing productivity for the firm as a whole.

This is one reason firms are investing heavily in health interventions, from fitness regimes to cafeterias serving up fresh produce. This may help boost employees’ immune systems, but it might not always curb absenteeism. While employees take an average of seven to ten workdays a year for medical reasons, many also take “slack days” on top of these legitimate days off. These can be days off due to stress, boredom, tiredness or simply prolonging their sick leave unnecessarily, milking their absence for an extra day. Some firms are affected more than others, with some losing more workdays due to absenteeism than others. Others face the opposite problem: Employees who love their jobs so much they show up for work even when they’re sick. Why this is the case has not been extensively explored.

But in our new working paper, “Drivers of Effort: Evidence from Employee Absenteeism”, Margarita Tsoutsoura, Daniel Wolfenzon and I found that how much time employees take off and hence the effort they put into their jobs is largely a factor of firm culture.

Down with the office blues

We researched this by using data collected from two million workers in 2,600 Danish firms. To determine whether people pulled more “sickies” due to their firm’s culture, we traced workers who moved from firm to firm to see how many sick days they logged at each company. 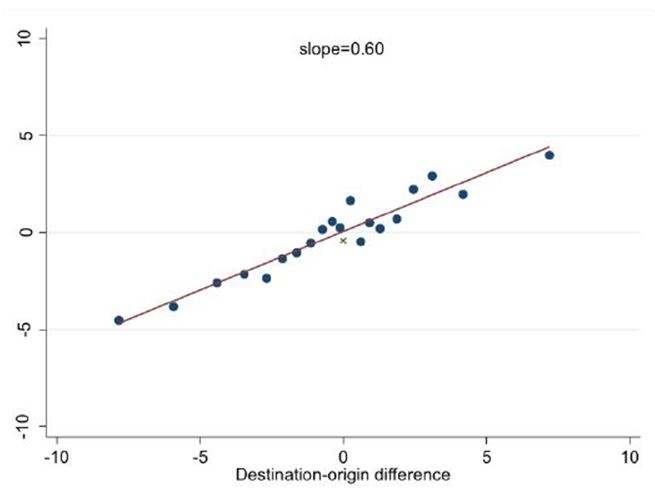 We found that “effort”, or absenteeism, among workers was more likely to reflect the firm’s culture than a personal dimension. As can be seen from the far left point in the figure, workers that move to a firm with a lower rate of absenteeism have on average 4.5 fewer days absent after the move. This means that workers adjust, to a large extent, to the new level of absenteeism in their new firm.

Remember that the slope in this figure shows the ratio of change between the worker (the vertical axis) and the old firm (the horizontal axis). If there were no adjustment in the worker’s absence behaviour, this line would be flat. But the slope is 0.6; this means that firm impact explains 60 percent of the variation in absence and the worker component is only 40 percent. Thus the firm element is large and important in explaining employee absence.

Part of a family

Understanding that a firm’s culture has an impact on workers’ behaviour, we also looked at different types of firms to see what factors contributed to the differences in absenteeism.

Family firms have fewer absences than non-family firms. If the average firm’s workforce has an average of seven to eight days absent a year, the average in a family firm is one to two days fewer. The difference in organisational structure between a family firm and another business affects workers’ motivation for showing up. But what is the special ingredient in family firms that motivates workers more than in non-family firms? Our findings suggest that they provide different incentives and an environment that promotes less absenteeism.

We find that possible reasons for family firm dominance in terms of worker effort are driven by the ownership stakes the family has in the business, which means they monitor absenteeism more closely, but also provide an environment that inspires loyalty. Their long-term horizon gives employees job stability, which makes workers more cooperative.

In a family firm, we found that those who are absent more are less likely to receive salary increases. Within family firms themselves, there are differences in the rates of absence between family members and non-family members. Loyalty or perhaps a personal financial investment in the success of the firm may also drive down absenteeism in family firms.

Culture, like effort, is a difficult concept to measure. One aspect of organisational culture that we do know about is family involvement, which has been shown to create a culture based on values and inspire a different leadership model, which has a positive effect on effort.

An example of this organisational culture in a family firm comes from an interview with Lego’s former CEO, Jørgen Vig Knudstorp. He said, “We want to be an irreplaceable but also irresistible brand for children... Then we measure how we create value for our customers and suppliers. We really want to be sure that it’s value creating for our customers and suppliers to work with us. Then we measure our employees’ engagement, and that is actually the foundation of our reward system.”

Measuring employee engagement is something we hope to address in later work, by incorporating worker satisfaction surveys with employee data, for a complete picture of how worker happiness is affected by a firm.

We also found that, in all firms in our study, managers and team leaders were less likely to be absent than lower-level or middle-level workers. Perhaps this has to do with more difficult working conditions for lower-level employees or better incentives for the managerial level. Managers who are hospitalised are, in general, back to work sooner. But if the manager is hospitalised for a long period, any difference between managers and lower-level employees disappears.

We do not suggest that firms aim for zero absence. Presenteeism, which can include when employees show up for work even though they’re sick, is known to be more costly than absenteeism. Sick employees spread their illnesses to others, which leads to more absences. However, this research has clear takeaways for managers. If your firm is seen to expound powerful values and a culture where all employees are firmly vested in the work, your employees are likely to skive less and put more effort into what they do.

Morten Bennedsen is the André and Rosalie Hoffmann Chaired Professor of Family Enterprise at INSEAD and Academic Director of the Wendel International Centre for Family Enterprise. He is also a contributing faculty member to the INSEAD Corporate Governance Initiative and is co-author of the book The Family Business Map: Assets and Roadblocks in Long-Term Planning.