Life as a Public Sector COO 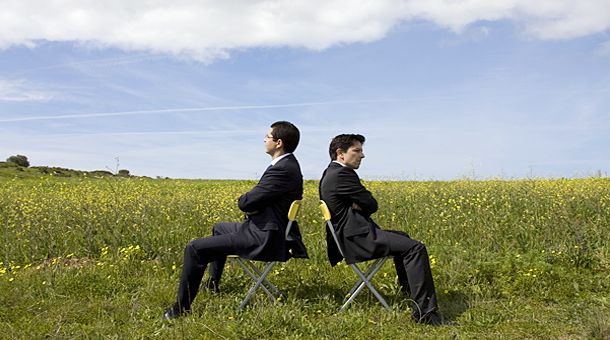 Image from Shutterstock.com
May 10 2017 by Patrick Davies Print This Article

When the British parliament voted to approve air strikes in Syria in 2015, Foreign Policy magazine mocked up a photo of President Obama and Prime Minister Cameron as Maverick and Goose from Top Gun, under the headline “America’s Wingman Returns to the Fight.”

In the commercial world, that wingman (or increasingly wingwoman) is the Chief Operating Officer working to the CEO. In the Foreign Service, it is the Deputy Head of Mission (DHM), or Deputy Chief of Mission in US terminology, working to their Ambassador, as Chairman and CEO.

Goose, of course, dies in Top Gun - the unsung hero - which may help to explain why many shoot directly for the apparent glamour of being CEO or Ambassador, the respective “Mavericks" of the world.

Washington is my third COO role, after Warsaw and Tehran. All have been very different; each bigger and more challenging than the last.

Here in the US, I run the UK government’s operations, with almost 800 people in 14 locations, including the British Embassy in Washington DC and eight consulates across the country. Our operation brings together around 20 different UK government departments and agencies, all working to advance UK national interests and the UK/US bilateral relationship - from foreign policy to trade, defence to climate change, education to science.

Some of my colleagues recoil at the thought of one DHM job, let alone three. Why wouldn’t you avoid the operations of the business if you can? Here’s why I think they are missing the point.

Arguably, COOs can have more of a direct impact on the performance and morale of the business than any other position. In the foreign service, it is the DHM who makes sure their Ambassador’s (and their government’s) vision and priorities are pursued on a daily basis.

As a result, a DHM or COO can often see more immediate results from their work. They have a fuller picture of the whole of the operation than anyone else - policy, people and resources - which is rewarding and also invaluable experience for a future role as Ambassador and CEO.

Every week is the definition of variety. A typical day in the Embassy Washington can include: hosting an event for a senior visiting government Minister to build links with their counterpart; discussing future priorities with policy officers; responding to an unexpected incident that could shut down the operation or steering the embassy response to difficult staff or resource issues.

After three government COO roles, I have pretty clear views on what I think works and what doesn’t. Being the COO of a large government organisation can sometimes feel like being a doctor in a busy ER - triaging issues as they come in, diagnosing problems, fixing things, passing others down the line to specialists. It’s challenging, sometimes frustrating, but hugely rewarding.

The style and character of the CEO, the Ambassador, has a considerable impact on the job. But a number of broad principles always apply. Here are my Top Ten:

In Toy Story, wingman Buzz grapples with the fact that he is just a toy, not the real life superhero he wants to be. In one scene when Buzz and the hero, Woody, escape on an exploding firework, Woody, proclaims, “Hey Buzz, You’re flying!”

Buzz replies, “This isn’t flying, this is falling with style!”

Being a public sector COO can sometimes feel like falling with style, bombarded by multiple issues. But as Buzz Lightyear came to realise, it can also lead “to Infinity and Beyond!” Done right, it is a hugely rewarding role with almost infinite possibilities, including - one day - moving into the top job.

Patrick Davies has been Deputy Head of Mission at the British Embassy in Washington and UK Permanent Observer at the Organization of American States since September 2013. A career diplomat since 1993, he has worked in various environments around the world, often in times of crisis or transition.