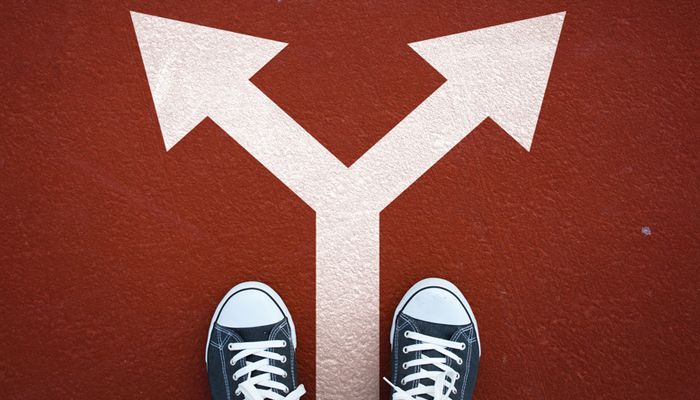 Image from Shutterstock.com
Apr 19 2017 by Rod Collins Print This Article

For more than a century, Kodak was one of America’s top-rated brands. Founded in 1890, the pioneering company became one of the great innovators of its time, transforming the photography industry from the purview of an elite few professionals and hobbyists into a market for the masses. Through a product progression of easy-to-use, affordable cameras, Kodak made taking pictures as effortless as the push of a button.

Employing a simple and effective strategy - sell inexpensive cameras and make large margins on film and film processing - the photography innovator became a consistently profitable American icon. By 1976, Kodak had corralled a remarkable 90 percent of film sales and 85 percent of camera sales.

Around the same time, in 1975, Kodak’s engineers had created an innovation that was a significant departure from their usual product line: the world’s first digital camera. While the engineers were enthralled with the possibilities of their invention, the executives were less than enthused because Kodak’s economic engine was driven by film, not cameras. The top brass could not envision a world without film sales. Confident that they could maintain their firm decades-old grip over a market they created, the executives shelved the digital camera and stuck to their basic strategy.

At the time, few would have questioned the wisdom of maintaining a course that did, in fact, sustain Kodak’s market leadership for the next three decades. But was this truly strategic wisdom or merely an application of the complacent attitude, “If it ain’t broke, don’t fix it”? After all, how is it that this top-rated company, renowned for its strategic and leadership excellence, missed the eventual and inevitable transformation of its market in the first decade of our new century?

The Most Important Strategic Decision

The most important strategic decision that business leaders need to make is to know when it is time to change. Kodak’s strategic flaw in the mid-1970’s was not the decision to continue with their long-standing strategy; it was their failure to be competent in knowing when to change. Had they had this competency, they might have had the vision to recognize the coming of the digital revolution and the ability to leverage their shelved invention to once again transform the photography industry.

Instead, it was Apple, not Kodak, that had the vision to invent the smart phone, which, in a few short years, decimated the market that Kodak had built and controlled for so many decades. The disruption began with the 2007 launch of the first iPhone, which included a basic digital camera, and culminated in 2011 with the high-quality video capabilities of the iPhone 4. By January 2012, the American icon was forced to file for Chapter 11 bankruptcy.

Since the invention of management in the late nineteenth century, the foundation of strategic work has been planning. In traditional management, it’s the responsibility of the leaders at the top to set the direction for the firm, chart a course of action, and define a plan for meeting business objectives. For most of the twentieth century, this approach worked well because market change was relatively incremental and business bosses had the wherewithal to shape markets.

Planning assumes that the world is basically static, the past is a proxy for the future, problems are issues of complication that can be solved with linear thinking, and plans can be executed with minimal modification. When change is incremental, planning works because the past becomes a powerful strategic tool. If leaders can fully understand the fundamental dynamics and interrelationships that explain the workings of their industries and markets, they can linearly extrapolate this understanding to shape future strategy.

This explains why the essential work of strategy for most of the twentieth century was about forecasting and planning and why a common attribute of highly effective leaders was that they were experts on the past. If you understood the past, you could create the future by translating forecasts into workable plans, organizing activities around those plans, and executing according to plan.

But what happens when change is exponential and the past is no longer a proxy for the future? The assumptions that were true in the twentieth century have been rendered obsolete by the sudden emergence of the Digital Age, which has radically transformed how the world works. Business leaders now find themselves in a time of continuous accelerating change where the future is likely to be very different from the past, problems are issues of complexity that can only be solved by nonlinear holistic thinking, and strategic plans, as originally conceived, are short-lived because they no longer fit fast-changing circumstances.

Eric Teller, the CEO of Google’s research and development lab has insightfully observed that, somewhere in the first decade of the twenty-first century and for the first time in human history, the rate of technological change now exceeds the average rate at which most individuals can absorb the changes. When the world is rapidly changing, the danger of strategic plans is that they can suddenly become limiting factors, as happened to Kodak when it was unable to adapt to changing technology and stubbornly stuck to its strategic plan when it no longer made sense.

With the sudden increase in the pace of change spawned by the digital revolution, market shifts are now disruptive and impervious to the preferences and plans of executive leaders. If business leaders want to succeed in an age of accelerations, they need to accept that the foundation of strategic activity is no longer planning - it’s now sense-making. A collective sensemaking discipline that has the capacity to rapidly and holistically process change in real-time is a better foundation upon which to build strategy in a time of great change.

This is not to say that planning is no longer important. Quite the contrary, planning remains crucial as a dimension of delivery. It’s just that, in an age of accelerations, planning is a tactical and not a strategic activity. The essential work of strategy today and in the future is about having the capacity to rapidly adapt to accelerating change, and that can’t be done without a sophisticated sensemaking discipline.

The three most important things to understand about implementing a sensemaking discipline is that the activity is inherently collective, the process is emergent, and the purpose is to discover what’s unknown. When the pace of technological change is faster than the rate at which individuals can process change in real time, leaders need to learn how to rapidly aggregate and leverage their collective intelligence if they are to have any hope of managing at the pace of change.

That’s because the popular adage that “nobody is smarter or faster than everybody” turns out to be true, as was clearly demonstrated a few years back in 2011 when the online Foldit community solved in ten days a stubborn biomolecular riddle that had evaded the world’s best individual scientists for over a decade.

When planning is the foundation for strategy, the end is often assumed and the status quo is rarely questioned, which makes strategic shifts difficult, if not impossible, especially if current business and product models have been lucrative. When sensemaking is the basis for strategic discipline, divergent ideas are embraced, independent thinking is encouraged, and aggregation mechanisms are employed to enable the right direction to emerge from the collective intelligence of the group. Often the emergent direction uncovers market knowledge that was previously hidden or unknown, which can then be leveraged into an innovative and sustainable competitive advantage.

We can only image what might have happened if Kodak had a robust sensemaking discipline. If the diversity of perspectives among the engineers and the executives had been better integrated, if the continuance of film and film processing as the core economic engine had been open to question, and if innovative business and product models could have been entertained, perhaps we would be stopping by Kodak stores rather than Apple stores when it was time to replace our mobile phones.

Designing spaces for the connected leader

Why business strategy needs to be more than perfume

Strategic planning must change with the times

When evolutionary change needs a nudge