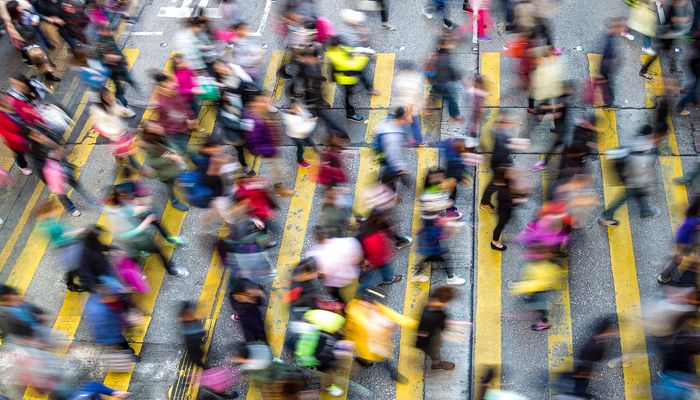 Image from Shutterstock.com
Feb 21 2017 by David Livermore Print This Article

The day after the U.S. election, I was having breakfast with some friends in Toronto. They looked at me white faced. “What happened last night?” They were in shock and a bit bewildered about what a Trump presidency meant for them as Canadians. Two days later, I was back in Michigan having lunch with a friend who was doing a victory dance that the days of the Obama legacy were over.

Both conversations and dozens since then have pushed me to think more deeply about how to engage in productive conversations with people who have different perspectives. The vitriolic social media posts and cable news arguments do very little. But neither does playing it safe and avoiding all potential conflict.

Diversity fatigue is not going away. Particularly with political riffs dividing friends and family, many people have had enough of it all and long for the days when recipes and cat videos filled their Facebook page. While this applies to political conversations, I’m actually interested in thinking about it far more broadly than that.

Whether we’re designing a diversity workshop or engaging in conversations with friends about immigration and national security, there’s a fine line between discussion that moves the conversation forward and those that simply make things worse. Those of us committed to building bridges and removing barriers for intercultural understanding have to find the zone of productive disequilibrium.

This is an idea that stems from the field of adaptive leadership and it refers to finding the optimal zone of discomfort that yields productive understanding, reflection, and change. If we’re too disoriented and uncomfortable, we’re unlikely to learn. But without any disorientation and discomfort, growth won’t happen.

Most people who facilitate diversity workshops and global leadership courses are zealous about exposing the cultural blunders and injustices that occur as people from different cultures interact together. But we sometimes forget our own journey toward discovering these things and we attempt to bring others along in a single workshop. Other times we become too timid and don’t push the envelope far enough in order to avoid too much backlash.

This is something I’m still trying to figure out myself but here are a few guidelines for designing productive CQ conversations:

The first five minutes with a group sets the tone for the entire conversation or workshop. The first place we as CQ practitioners need to apply our own CQ is to understand the audience. The very “cultural understanding” we exhort in our seminars is the kind of work we need to do when preparing to teach or discuss CQ and related issues.

The first five minutes is crucial. When I talk with business leaders, I get to the “bottom line” implications of high versus low CQ as quickly as possible. With military leaders, I’m learning to move swiftly to describing the relevance of CQ for providing strategic gains and mission success. And with non-profit leaders, a little bit of discussion about CQ and productivity is okay but in most cases, I better address issues of justice and equity within the first few moments or I’ll be dismissed. I would hope every CQ session would be customized to the specific audience but the first five minutes is perhaps where that customization is most important.

Surely business leaders need to think beyond financial implications just as non-profit leaders need to eventually consider the relevance of CQ to issues of productivity and fiscal responsibility. But an understanding of the immediate needs will help ensure that we begin by assuring individuals that CQ will address some of their deeply held concerns and pain points.

I’ve often told groups that I think politically correct language is counterproductive to building cultural intelligence. If people can’t honestly discuss some of their biases and frustrations, there’s little hope we can truly build CQ. But I’ve sometimes observed that my admonition for us to speak candidly has been misinterpreted by a few as a license to say anything, no matter how offensive it might be.

Part of finding the productive zone for CQ conversations is liberating people from feeling like they’re walking on eggshells to even enter a conversation about politics or race. On the other hand, the whole thing goes sideways fast if participants in the group start speaking pejoratively. Take the time to establish some ground rules upfront and don’t hesitate to enforce them and take charge of the room if someone says something that violates the rules. It’s a lot easier for people to experience disequilibrium if they know the boundaries.

A number of studies are emerging that suggest if not done well, intercultural training can lower CQ rather than improve it. In responding to the requests for training about Brazilians, Millennials, or Latinos, we can end up perpetuating the danger of the single story. This idea comes from Chimamanda Ngozi Adichie’s TED talk where she says, “The single story creates stereotypes, and the problem with stereotypes is not that they are untrue, but that they are incomplete. They make one story become the only story.”

I encountered this up close recently when my friend, Betsy DeVos, was nominated as Secretary of Education. Betsy and I have different views politically and I have concerns about how the privatization of education affects the disadvantaged. But I’ve also worked alongside Betsy for nearly a decade, both of us serving on the board of a non-profit organization, and so I know she is not the ignorant, power-grabbing, homophobe she was made out to be as a part of the confirmation process. She’s a resilient woman so I’m not worried about her ability to endure SNL clips about grizzly bears. But what saddens me is that the process never moved toward a constructive debate about the varying views on what’s best for education in the U.S.

The point is that all of us are more complicated that a single story based on where we’re from, how we voted, or the color of our skin. Challenge any attempts at reducing an individual or group to a single story.

In facilitating CQ conversations, we have to keep our hand on the thermostat. If the temperature of the discussion is too cold, people won’t feel the need to ask uncomfortable questions or make difficult decisions. If it gets too hot, people are likely to dismiss it all together or simply become more calcified in what they already thought.

As much as possible, depersonalize the conflict in the room - particularly if it comes to you personally. The purpose is to disagree about the issues and perspectives rather than to defend yourself. If at all possible, find someone else in the room who can help you monitor the temperature. Someone who isn’t directly responsible for facilitating the session will often observe things you miss. One CQ facilitator recently told me she and her colleague actually have a hand symbol they use with each other to note when the temperature of the discussion and interaction seems too hot or cold.

We don’t have to end a session with a “happily ever after” story line, but we do need to provide some sort of resolution to the disequilibrium we create.

I’ve been guilty of exposing groups to issues of privilege or cultural ignorance and then just leaving them with it. That’s unfair. There aren’t simple answers to many of the tensions we expose, but if we’re going to make people aware of something like implicit bias or the ways others perceive their culture, it’s unfair to do so unless we offer some direction on what to do with that understanding.

I’m still sorting this through. So I’d love to hear what others are learning about how to facilitate productive conversations that build cultural intelligence.

Every workplace needs a fool