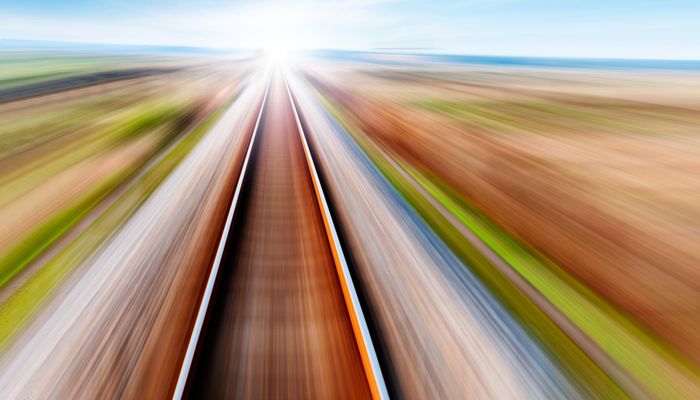 Image from Shutterstock.com
Feb 08 2017 by Rod Collins Print This Article

There is a common problem that imbues every one of our social institutions: we underestimate the full extent of how much and how rapidly the world around us is changing. Whether you are in business or politics or education or the arts, your world has changed dramatically - if not radically - just within the past two decades. And despite the fact that most of us cognitively acknowledge that we live in a time of accelerating change, we nevertheless emotionally latch onto a familiar mindset to interpret unprecedented and unfamiliar realities.

This explains why many traditional leaders believe that we are transitioning from a “Third Industrial Revolution,” - sometimes referred to as the Digital Revolution - to a “Fourth Industrial Revolution” that will be defined by the Internet of Things, robotics, nanotechnology, biotechnology, and 3D printers. While the world will indeed be reshaped by these innovations, it may be a very limiting - even a blinding - perspective to view what is happening around us as an iteration of a socioeconomic revolution that began in the mid-eighteenth century.

The late psychologist, Abraham Maslow, provided insight into the limitations of fixed mindsets when he observed, "I suppose it is tempting, if the only tool you have is a hammer, to treat everything as if it were a nail." Analogously, if the only mental model that leaders have is an industrial mindset, then it is tempting to treat every major technological breakthrough as another phase of the Industrial Revolution.

The payoff for operating from this mental model is a sense of grounding that provides some comfort as we attempt to process what is now more change in a year than most previous generations have seen in a lifetime. But any comfort is certain to be short-lived because the Industrial Age is now decades gone and any interpretation of reality seen through the lens of the industrial mindset is likely to be an illusion.

The Most Significant Inflection Point in Human History

The unpalatable reality is that the Industrial Age began to rapidly recede during the 1980s once computers were transformed from highly expensive institutional tools into affordable household appliances. The inevitable end of the three-century era came a decade later near the turn of the century when all these computers were connected to the Internet and a new socioeconomic era emerged: the Digital Age.

The Digital Age is not the third iteration of the Industrial Revolution, but rather the first age of a new epoch in the history of human civilization that has spawned an innovative form of social organization: the peer-to-peer network. The sudden emergence of a hyper-connected world represents the most significant inflection point in human history. In a mere two decades, this phenomenon has been far more transformative far more quickly than anything we’ve experienced in the now-gone Industrial Age.

What has come to be known as digital transformation is a profound architectural shift in the way that the world works from top-down hierarchies to peer-to-peer networks. For over three centuries, the dominant metaphor that shaped the mindset of Industrial Age thinking was the machine. This mechanistic mental model was a useful guide for navigating the challenges of a relatively predictable world where the pace of technological change was slower than our human capacity to adapt to change.

When the world is seen as a machine, it is natural that the architecture of our social organizations takes the form of top-down hierarchies, which explains why the typical organizational chart looks like a mechanical schematic. And as long as the pace of change is slower than our ability to adapt to change, mechanistic mindsets are practical tools for interpreting how the world works.

So despite its obvious annoyances, the bureaucratic organization is an important - if not the most important - innovation of the Industrial Age because it solved the great challenge of mass production: how to efficiently coordinate the work of very large numbers of people. And, arguably, because it was also the economic engine that created the middle class.

However, one of the consequences of the sudden emergence of accelerating change is that bureaucracies are no longer practical tools for organizing large numbers for the simple reason that somewhere in the past decade, according to Eric Teller, the CEO of Google’s X research and development lab, we crossed the point where the pace of technological change now exceeds our human capacity to adapt to change. That’s why the transformation into a hyper-connected world is the most significant inflection point in human history and why the machine is no longer a workable metaphor for how the world works.

The genesis of this inflection point can be traced to a seminal event: the connection of all computers to the Internet. Once everyone was connected and the network became firmly rooted, the world and its problems suddenly became more challenging and beyond the solution capacities of linear mechanistic models.

But more importantly, a new dominant metaphor emerged that’s a better fit for a connected world: the network. This morphing of social metaphors explains why this inflection point is more than a technology revolution; it is equally - if not more importantly - a sociological revolution. Digital transformation is clearly not a new iteration of the Industrial Revolution. It is a paradigm shift in how we view and solve problems when the world is changing faster than any of us can absorb in real time.

The Need for a Higher Level of Thinking

Another related consequence of digital transformation is that the fundamental context of our problems and challenges has shifted from the complicated to the complex. Complicated problems, such as designing and building an automobile, can be solved by employing mechanical thinking and hierarchical division of labor because machines don’t evolve and fixed blueprints work as reliable guides.

However solving complex problems, such as staying one step ahead of disruptive technologies, creating new ways to create economic value for those whose jobs are eliminated by automation, or restoring security to obsolescent systems that fall prey to an increasing army of hackers will require a higher level of thinking than our mechanistic models provide. It requires a deep understanding of networks and how they work. And that’s a problem for most of our leaders today because, according to Joshua Cooper Ramo, “We’re at an extremely primitive point in our understanding of networks.”

In his most recent book, The Seventh Sense: Power, Fortune, and Survival in an Age of Networks, Ramo provides a timely survey of the uncharted landscape of our new networked world and a practical guide to navigating this unfamiliar territory. He describes the Seventh Sense as a new instinct for understanding how power works in networks and a new framework for thinking that enables people to “look at any object and see potential that is invisible to the rest of us.”

The first thing we need to understand about networks is that they are not products of planning and they don’t follow blueprints. Networks are emergent and follow organic laws rather than mechanical principles. According to Ramo, “Networks emerge when nodes - which can be composed of people, financial markets, computers, mobile devices, drones, or any lively and connectable object - link to other nodes.”

Thus when networks take hold, they often spontaneously and rapidly create results and consequences that were neither planned nor anticipated. For example, when Jimmy Wales launched Wikipedia, all he intended was to create a viable online encyclopedia alternative. He never envisioned that his innovative platform would become one of the five most visited websites and would end the 244-year reign of the iconic industry leader. Those were unintended consequences. They were also manifestations of a new power dynamic.

The Essential Skill of Our Age

When the mere act of connection alters reality in a way that cannot be planned and unleashes a radically different and formidable power dynamic, maintaining a persistent attachment to a mechanistic mindset can be perilous. As Ramo astutely observes, “The failure to spot, understand, and use connected power will be a source of our biggest future tragedies.”

In our new hyper-connected world, the successful leaders will be those who, like Jimmy Wales, understand that the prime organizational challenge is mass collaboration, which means that power is less about planning and control and more about connecting and collaborating.

When power is a function of connectivity, mastery of network connections, Ramo counsels, “is the essential skill of our age.” Surviving and thriving in our new epoch will require leaders to learn a higher level of thinking that is “fluent both in the new language of networks and in their new cultures.”

To do so, leaders must be willing to let go of an old mindset that was once useful but has now become a flawed worldview. They will need to appreciate and not underestimate the full magnitude of how rapidly the world and its rules are changing because the faster they embrace a mental model that reflects the dynamic architecture of networks, the better they will be able to handle the next iteration of network challenges.

That’s important because, as Ramo advises, “we know that lingering ahead is an even faster, more complex world: Quantum computing, for instance, may yet push computer speeds to 100 billion times faster than what is achievable with older technology.”