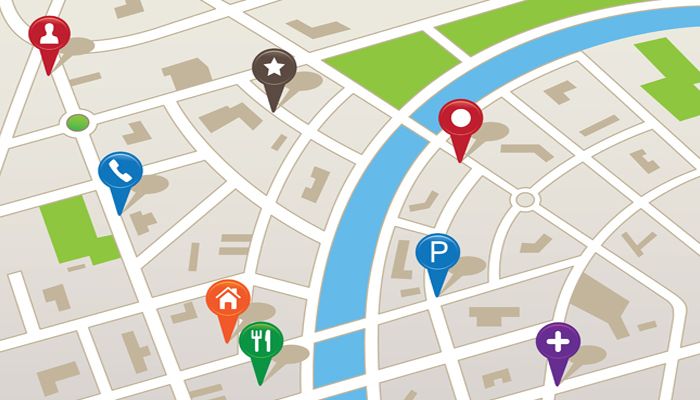 Image from Shutterstock.com
Jan 23 2017 by Christos Tsolkas Print This Article

True story. An experienced executive - I’ll call her Monica - returned to her company’s headquarters in Rome after a long assignment in the US. There, she discovered that parking in the city is a nightmare. Everyone wants a company parking spot but there are only so many to go around and those spots go to the top executives first. All the rest of the employees need to find spaces on the street or use public transport.

One day she had an idea. Even though all of the company's parking spaces were assigned, she noticed that many spaces are often open because executives travel a lot. It seemed silly to let those spaces go to waste when others need them, she thought. In her own small team, for example, there were four assigned parking spots but 15 additional people had nowhere to park. Why not develop a small project to monitor when assigned spaces will not be used and let people who need a spot know? She asked a couple people on her team to come up with a simple system and test it with the group.

She figured they would jump on her suggestion but the people she asked to work on the problem didn't do anything. When she checked back a few months later, they agreed to get right on it, but still nothing happened.

She forgot about the idea until the Central Support Group (CSG) at her company announced the launch of a new parking app that promised to do what she had suggested her team work on in the first place.

She was really irritated! Her people had an opportunity to do something innovative and get some credit but procrastinated and blew it. Why? She went back to the people she'd initially asked to work on the idea to find out.

We talked about what she learned over a wonderful Pinot Grigio in Cavour 313, Trastevere. Maybe because of the wine, we also came up with some theories about innovation and the future of business.

1. The sharing economy is just getting started

Services like Airbnb and Uber create value by using resources more efficiently. But this concept is not just for second homes and family cars, it applies everywhere. Parking spaces are a good example. Wherever there are “givers” and “receivers” or “owners” and “renters” there is an opportunity to create a two-sided market where both benefit.

2. Revenue generating platforms are next

I think companies are going to move heavily into this space. It's fun to try and imagine where you could grow and profit from your own underutilized capacity. What are the areas, services and processes in your business that could be shared with other teams or even, when legally permitted, with competitors?

I read an article recently on ‘Platformization’ which recommended turning existing products, processes or services into revenue-generating platforms. The authors talked about reimagining a global fulfillment process to look more like Amazon and less like SAP. Pretty much any sharing economy business model could become a platform.

Automakers are transitioning from being primarily manufacturers to becoming mobility solutions companies, focused on car sharing, bike sharing, and public transport to help them grow deeper connections with customers in the future. Amazon Web Services has been a huge growth engine for the company, supplying data storage in the cloud for customers and competitors alike.

3. Ideas are everywhere. Execution is the difference

I understood Monica’s frustration seeing ‘her’ idea get executed by another group. I’ve often felt the same way.

Today, business innovation doesn’t always follow traditional rules and good ideas and opportunities are everywhere. If you don’t follow up on those ideas somebody else with more time, initiative or motivation will beat you to it. Execution is the difference between great ideas over coffee or beer and the next big business concept or growth sector.

It turned out that Monica’s resources were limited. To move her idea beyond app prototyping and embrace a bigger audience than her small team (and even potentially create a platform), she would have required more knowledge, expertise, budget and pairs of hands. A scaling modelis vital. The CSG folks, who finally created and implemented Monica’s idea, had all these elements. For every Facebook or Dropbox, there’s probably more than a few companies that simply didn’t scale fast enough to turn their good idea into an awesome product.

5. The key to motivation is understanding what people value

Here’s the really funny thing. Why did Monica’s group fail to execute on her suggestion? It turned out, the people she asked were already monitoring spaces and using them occasionally for themselves! As a result, they were reluctant to develop a more public, open system and lose their informal benefits. People are not always resistant to change merely because ideas are new. To understand how to motivate them, you need to determine what they actually value and what matters to them.

6. The best motivator of all is purpose

The team that developed the parking space app at Monica’s company didn’t stop innovating. They also built their app to help convert drivers to greener commutes by increasing carpooling and public transportation. Making a positive impact on the company and even the community got them excited because it gave them a sense of purpose.

Why stop there? A parking app promoting green living could easily promote healthy living and wellness. It could encourage biking, tie into wearables like Fitbit, and create an online marketplace for healthy businesses or services to market to employees.

Money, aligned interests and incentives help but the kind of extra effort, brain power and entrepreneurial zeal needed to build a brand new business is catalyzed by a sense of greater purpose. Purpose-driven innovation can help people connect the problem they’re trying to solve with much bigger community, societal or global problems. As the scale of focus grows, so grows the scale of opportunity. By tying a parking app to a real purpose, you can eventually create a dynamic platform that makes the world a better place.

Many people know what it’s like to have ideas that could have been the next Uber or Zappos. Time, energy, and motivation is always a problem. In particular, when you already have a serious job in a corporation, it can be hard to shake yourself up and figure out the next big thing. So, here’s my simple formula for getting yourself or your team to move.

Once you’ve got those questions answered, you may have enough ammunition to convince others - including your boss - that this is an idea worth pursuing.

Christos Tsolkas is an Independent business advisor, entrepreneur and author of the new book, The Gift of Crisis: How Leaders Use Purpose to Renew their Lives, Change their Organizations, and Save the World. He has spent more than 25 years in positions of significant responsibility (general management, sales & marketing) with multinationals in the fast-moving consumer goods sector, leading senior teams to achieve high performance and change. His educational background is chemical engineering & business and he is dedicated to continuous learning.

Leading from the heart

Innovation: getting more from less