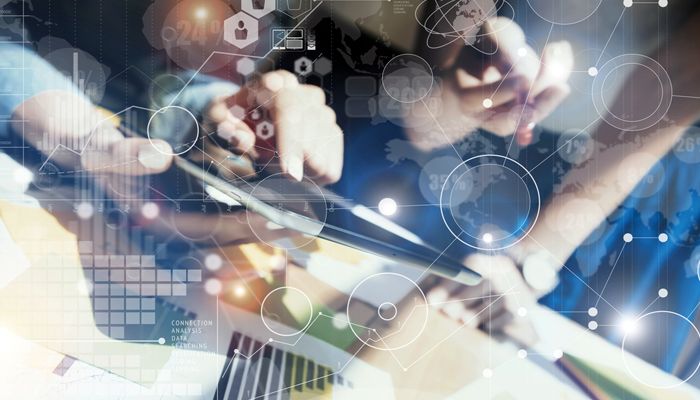 Image from Shutterstock.com
Jan 12 2017 by Rod Collins Print This Article

There are few business leaders who would disagree that we are living in a time of great change. In the brief sixteen years since the new millennium began, we have experienced more change than we saw in the last five decades of the previous century.

Perhaps the author Tom Friedman captured this phenomenon best when he recently quipped, “In 2004, Facebook didn’t exist, 4G was a parking space, an app was something you sent off to college, LinkedIn was a prison, Tweet was a sound a bird made, and Skype was a typo.” None of these things existed a mere twelve years ago, and yet, each of these innovations is now a staple of our day-to-day lives.

However, despite all this change, not all industries have felt the full effect of the technology revolution. As we approach the end of what can be described as the first wave of the digital revolution, we are reminded of the sagacious observation of the science fiction writer, William Gibson, “The future is already here; it’s just not evenly distributed.”

If you are in the media, entertainment, retail, or communications industries, your world has been turned upside down. Stalwart names, such as Border’s, Blockbuster, Kodak, Tower Records, and the Encyclopedia Britannica, have been either disrupted or displaced by the upstarts Amazon, Netflix, Apple, Spotify, and Wikipedia.

However, if you work in the healthcare, insurance, energy, food processing, or, until recently, the financial services industries, your world has not been heavily impacted by the first wave of the digital revolution. For these core economic industries, digital transformation has been about digitizing existing product models, whereas for the media and retail industries, digital transformation has been about the radical disruption of longstanding business models.

The Emergence of Peer-to-Peer Networks

The engine that drove the first wave was the Internet, which unleashed the unprecedented capacity for mass collaboration. Suddenly, everyday people could work directly and effectively together without having to go through a central organization thanks to the emergence of a new organizational model: the peer-to-peer network.

While most companies did not rush to embrace this very different way of working together, their customers did. Those companies that produced digitized products, such as music and videos, were particularly vulnerable to peer-to-peer networks, as their customers began exchanging digital files via the online web application Napster. Although the music industry was able to shut Napster down, it was ultimately helpless against the forces of change: CD’s and music stores quickly gave way to digital downloads and iTunes. The longstanding business and operating models of the music industry were suddenly and radically transformed.

The core economic industries, however, did not feel the pain of the emergence of peer-to-peer networks because their products were not digitized files. These companies were in the business of risk management, perishable goods, or utility services. The primary way the first wave of the digital revolution affected these firms was that they all developed websites, which allowed them to cut costs by eliminating paper documents and postage costs associated with their services. The future indeed was not evenly distributed.

However, this is likely to change very soon as we see early signs of the arrival of the second wave of the digital revolution, which will leave no industry untouched. This second wave is driven by not one, but two engines: the Internet of Things (IoT) and blockchain technology. The interplay between these two engines will accelerate the capacity for mass collaboration and will amplify the power and the practicality of the defining transformative phenomenon of the Digital Age: collective intelligence.

The Internet of Things

The Internet of Things (IoT), sometimes referred to as the Internet of Everything (IoE), is the network of physical objects embedded with electronics, software, sensors, and connectivity to enable objects to exchange data with manufacturers, operators, and other connected devices. These would include household appliance electronics, smart watches, medical injectables, utility pole monitors, solar energy sensors, mobile phones, and other GPS devices.

IoT is a significant leap forward in aggregating and leveraging collective intelligence because it does not rely on voluntary user entries to populate the data in the system, as is the case with the regular Internet. Instead IoT passively, automatically, and continually gathers data and applies sophisticated analytical algorithms to produce highly useful information that was previously unavailable. A practical example is Google Maps, which collects data about speed and traffic flow from the GPS sensors in every driver’s mobile phone and collates that data into a practical map to provide real-time up-to-date traffic patterns.

By 2020, connected devices are expected to outnumber humans by a ratio of six to one. With an estimated 50 billion devices distributed throughout the globe, the interconnectivity of many smart sensors seamlessly communicating together has the potential to radically redefine the customer experience, as we are learning from the rapid development of driverless cars.

As short as five years ago, most of us would have thought the notion of driverless cars was either science fiction, or at a minimum, decades away. Yet, today driverless cars are a reality as Google is currently testing these autonomous vehicles on open roads and traditional automakers such as Mercedes-Benz, Nissan, and Audi are revamping their business strategies around this transportation game-changer.

But chances are most of us underestimate just how transformative driverless cars will be. That’s because most of us think that driverless cars will be individually driven, as autos are today - the only difference being the computer will be at the controls instead of a human operator. Although that may be the initial modus operandi, the ultimate operating system for these autonomous vehicles is likely to be shaped by the IoT.

Because each driverless car is a collection of smart sensor devices that can be interconnected into a holistic network, the IoT will be able to aggregate and leverage the collective intelligence distributed throughout the network to drive all the vehicles concurrently. In other words, no longer will individual drivers, whether human or automated, be making individual decisions by anticipating what other drivers will do. Rather the IoT system will be making proactive decisions for all the driverless cars with the full knowledge of what each car is doing in real-time. This holistic driving capability has the potential to drastically reduce car accidents. That’s what it means to radically redefine the customer experience.

Perhaps the most significant consequence of the Internet of Things is that, for the first time in human history, we will be able to experience an omniscient system that will know everything about everybody. While the potential for good is enormous with new capabilities for improving quality of life, expanding social collaboration, and preventing illness and accidents, many of us are nevertheless concerned that an omniscient system in the wrong hands could turn into an Orwellian nightmare. That’s where blockchain technology can make a big difference.

Blockchain is a distributed ledger system that uses a network consensus to record and execute transactions. It’s best known as the platform for the Web currency “bitcoin,” which is currently wreaking havoc on the financial services industry. However, blockchain has recently drawn wider attention as an increasing number of business leaders recognize the underlying technology of this transformational architecture can be applied to almost any industry.

Blockchain’s most distinguishing characteristic is that no single agent has the ability to execute control over system activity. To understand this, consider this analogy. Suppose a speaker is addressing a public audience of 100 people and assume this audience represents a blockchain community. Picture that, in the middle of the presentation, a 3-foot by 3-foot piece of ceiling tile suddenly falls and lands two yards from the speaker’s feet. If one of the members of the audience wants to record this event on the blockchain, she may propose the entry, but the event will not be recorded until a majority of the audience agrees with and validates the entry.

Once the event is recorded, it is immutable and can never be altered. This means that, if later in the day, another audience member wants to “spice up” the event and change the record to reflect (falsely) that the ceiling tile hit the speaker in the head and knocked him out, she will be unable to do so because the majority of the audience members are not going to validate a false entry. This systems architecture is likely to revolutionize the way we build IT systems because it has the potential to eradicate most hacking and fraud activity.

Another characteristic of blockchain is that stored information is both transparent and private, which makes it a perfect architecture for IoT. This is accomplished by separating identity verification from transaction validation. Thus, all the attributes of a particular person can be known without knowing that person’s identity. This is possible because blockchain employs avatars as an information processing mechanism to preserve individual privacy.

The Internet of Everything in combination with the Ledger of Everything is about to accelerate the rate of digital transformation spawned by the first wave of the digital revolution. Only this time, in the second wave, the future will not only be evenly distributed, it will also very likely change the way the world works across all industries. Are you ready?

Dealing with a space invader