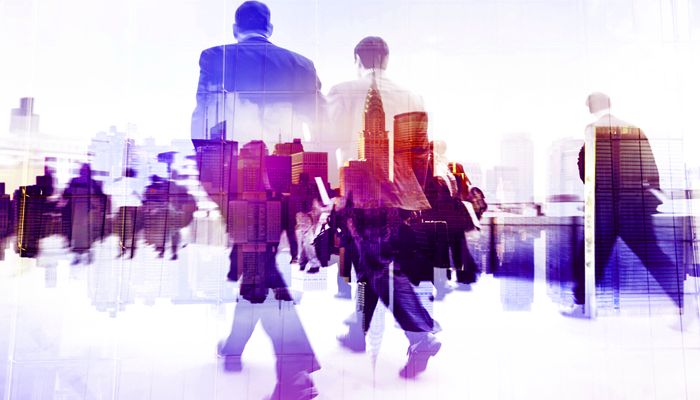 Image from Shutterstock.com
Dec 12 2016 by David Livermore Print This Article

We’re all scared of the same things…or are we?

Last week I had the misfortunate of seeing a Chinese man jump from a tall building in Shanghai to his death below. My heart stopped. What could possibly have led this guy to such immense despair?

What happened next traumatized me almost as much as the actual suicide sighting. Several people gathered around and were quietly laughing. Some took pictures and others were calling to their friends to come see what happened. I was so unnerved by the whole scene. Why were people laughing? Why wasn’t anyone covering his body? Moments later, the police showed up and I went on my way.

Times like these bring our humanity up close. How do we respond to the existential questions of life? And how do we face tragedy together? Yet these situations also highlight our profound differences.

Paul Ekman’s groundbreaking work sheds some light on the similarities and differences in how all 7.5 billion of us react emotionally to the same events. Ekman is a clinical psychologist who has spent the last several decades researching how to read emotions through facial expressions. Among the many seminal findings from his work, there are a couple critical points that are relevant to cultural intelligence:

Emotional triggers: what sets you off?

First, there’s a set of universal triggers that elicit the same emotion in nearly all of us.

The sight of something coming straight at you triggers fear, regardless of your personality or culture. From people in rural China to urbanites in London and Capetown, the sight of an oncoming car elicits the “flight” response (“Danger! I need to move out of the way).

A similar trigger occurs when experiencing unexpected, rough turbulence in flight. Even seasoned flight attendants admit that when they don’t expect it, a sudden jolt in the air frightens them.

Ekman claims that every human being has an auto appraisal system that monitors when we’re in danger. With practice and experience, some overcome these universal fears. But a primal response has evolved within all of us toward a certain set of triggers .

Second, there are unique triggers that are a result of how we’ve been socialized. Individuals from some cultures feel extremely annoyed when people cut in line while it doesn’t even faze others. People from some cultures are irritated when people speak loudly and others couldn’t care less about that. Some cultures are afraid of the oceans. Others seek it out. These variances stem primarily from how we were brought up. In addition, there are other triggers, which are rooted in our unique personalities and experiences (e.g. post-traumatic stress).

Emotional expressions: how do you display your emotions?

Next, Ekman contends that people across all cultures have a universal way of expressing seven emotions: anger, fear, sadness, disgust, contempt, surprise and happiness.

Initially this claim didn’t ring true to me. Surely we can’t say that Germans, Chinese, and Italians all express happiness the same way. Isn’t nonverbal communication culturally conditioned? Yes and no .

Through a series of renowned, peer-reviewed studies, Ekman makes a convincing case that people all over the world signal happiness with the corners of their mouths up and their eyes contracted. Anger is expressed with the corners of the mouth down and sadness is expressed with the eyelids drooping. Even individuals who have been blind from birth manifest the same nonverbal expressions .

Emotional display rules: how should you manage your emotions?

How does this explain the fact that some cultures (e.g. African Americans and Italians) are usually far more affective in expressing their emotions while others cultures (e.g. Japanese and Germans) are far more neutral.

Cultural differences come into play by promoting the rules for how to appropriately manage emotional expressions. Parents teach children the appropriate display rules for various occasions, which get reinforced at school, through the media, and with peers. When should you show emotion, when should you exaggerate it, and when should you mask it? Our cultures teach us how to manage our feelings and we learn which emotions are appropriate for which situations. We develop mechanisms for masking seemingly inappropriate expressions.

This brings me back to the horrific suicide I witnessed last week. It may well be that the giggling by my fellow bystanders was a disguise for their horror. Fake laughter and giggles are a very common response to nervousness and discomfort among many Asian cultures.

In all fairness, others looking at me in that moment would have had little idea that I felt a sense of grief and despair when encountering this event. I stood there for a moment with a very staid, neutral response given that my parents taught me that a neutral, stone face was the appropriate response to solemn occasions. Someone who learns how to read micro-expressions can discern when a facial expression is masking something else.

CQ Picks Up Where EQ Leaves Off

Giggles may mean laughter in one culture and embarrassment in another. Some individuals have been socialized to express anger by yelling while others simmer in silence.

When you’re irritated by a behavior that seems rude or awkward, consider alternative explanations for the behavior (e.g. giggling may not mean someone thinks a tragedy is funny). In addition, careful consideration in the midst of an emotional trigger can diminish the power of the trigger when used repeatedly.

If you consistently reflect on whether turbulence really puts you in danger or whether a spider is really going to harm you, you can begin to diminish the power of the emotional response. The same is true for behaviors that annoy you. If you reflect on the intent behind a loud talker or someone who spits in public, it can diminish how much it upsets you.

We’re remarkably different in how we go about our profound similarities. When your counterpart seems foreign, start with what you have in common. And perhaps our shared humanity is the starting point for providing one another with the hope each of us needs to get through one day after the next. After all, we’re all in this together.