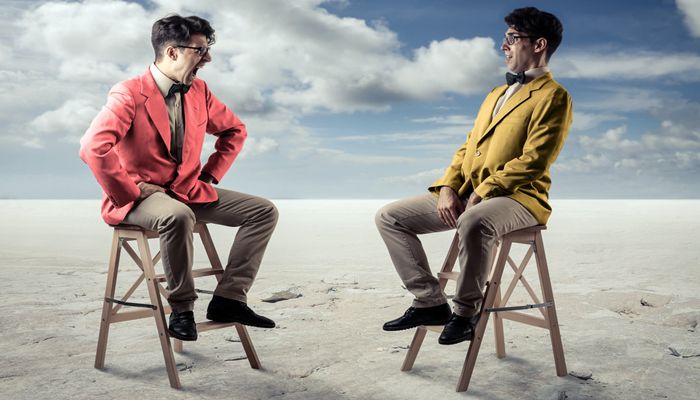 Image from Shutterstock.com
Dec 06 2016 by Stephen Fortune Print This Article

Q: Five birds are sitting on a wall. Four decide to jump off. How many birds are left on the wall?

A: Five, because deciding and doing are not the same thing.

Time and time again, companies invest huge amounts of time and money in the launch of new initiatives, but after the initial excitement, nothing changes. The riddle above sums this situation up perfectly. Practitioners like myself often highlight the need for a focus on behaviours leading the way to a successful culture change. Decisions, initiatives and new processes will not guarantee a shift unless behaviours themselves change.

I recently took a fresh look at Leandro Herrero’s book, Viral Change, in which he highlights the fact that behaviours are commonly misplaced and thus new processes and systems do not create a sustainable culture change. But I believe it is important to have the desired behaviours already in the organisation to ensure the introduction of a new process is sustained. Without that, once the initial launch is over, nothing changes and everyone returns to their old ways.

One example of this that I have come across recently is with a company I worked with when they launched a new CRM system. The organisation invested significant time and resources in the launch, but only about 20% of their employees ever used the system. One reason for this was that the development team didn’t outline how they wanted employees to behave differently and how they would reward people for doing so. Moreover, organisation failed to consider the consequences of staff not using the system properly, which resulted in a lack of return on their investment and no shift in behaviour.

So why don’t we start the culture change with behaviours? The biggest hurdle that I have come across time and time again is the long-held belief that behaviours are ‘soft’ - in contrast to ‘hard’ actions like new structures and processes. But that’s a false distinction - behaviours need to be seen as the ‘hard’ actions.

For example, when recruiting new employees, the first few desired points are that the candidate knows the subject and is competent in the required tasks. However, when you start to ask what the deciding factors would be between two candidates, an employer is likely to say that they are ultimately looking for someone who is a team player and will get along with other staff (in other words, behaviours!).

So based on this, where do we start?

Ultimately, a small set of non-negotiable, desirable behaviours is all that is required for a significant shift in processes to happen. The simplest way for this to happen is for an organisation to move away from a broad base of concepts which are easily open to interpretation and introduce a smaller set of specific behaviours set out in micro-detail, which have little room for alteration. This ensures all members of staff are on the same wave length when it comes to how they should behave, and the consequences of doing so.

There are two important questions which need to be considered:

1. What is going to be done differently and how will this be achieved? When designing a new process or system, it is vital to think about the future and how you want the organisation to look. Based on these desired outcomes, organisations can outline exactly what behaviours are desired in order to create such shift.

2. How are the new behaviours going to be rewarded? There are a number of reasons why a change in behaviours will be initiated, but they are often sustained by the level of reinforcement. For example, if the desired behaviour is greater teamwork, then the organisation needs to introduce an incentive programme to reflect this.

It is not just rewarding and incentivising which will help sustain behaviours, but the presence of role models within the workforce with also aid this. As a leader, role modelling shows other employees that you believe in what you say and that you are passion about the system. It is a case of ‘practice what you preach’.

I truly believe that line managers are some of the most important leaders in an organisation, alongside CEOs. According to LPI data analysis, leaders’ behaviours account for around a quarter of how productive, motivated and committed employees are.

So, to sum up, a successful culture change relies on a clear focus on behaviours from the outset, and the behaviours need to be seen as the ‘hard’ stuff and it is important to role-model and reward desired behaviours in order to sustain them.

Stephen Fortune is a Principal Consultant with the Oxford Group, a global organisation providing management training, leadership development and executive coaching to the world’s leading companies.

Your voice and your identity