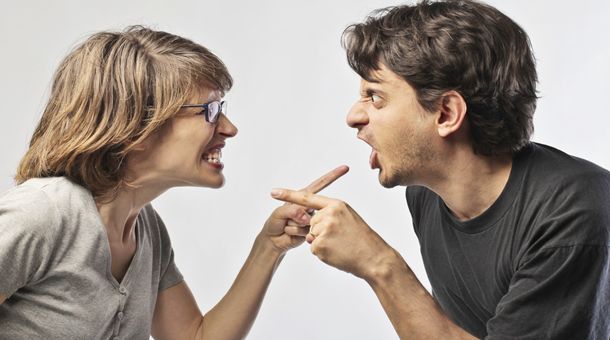 Image from Shutterstock.com
Nov 23 2016 by Quy Huy Print This Article

Managers generally take a laissez-faire approach toward low-key workplace aggression. If a conflict isn’t serious enough to be taken through formal HR channels, the widespread assumption is that adult employees “should” be able to handle it. As a rational argument, this is airtight. Where human emotions are concerned, however, logic can take us only so far.

Studies show that workplace incivility - subtle forms of mistreatment (a dismissive gesture here, a barbed word there) that may be difficult for employees even to describe to HR - can lead to lower job satisfaction, psychological stress and a decline in physical health. According to researchers, these negative effects culminate in higher employee turnover, a costly consequence indeed for firms.

But that may not even be the worst of it. My recent paper in Journal of Vocational Behaviour (co-authored by Francesco Sguera of UCP-Catolica Lisbon School of Business & Economics, Richard P. Bagozzi of Ross School of Business, R. Wayne Boss of Leeds School of Business, and David S. Boss of Ohio College of Business) suggests that an uncivil atmosphere produces serious (if silent) workplace dysfunction, because people simply can’t perform at their best within that atmosphere. As the victims of incivility suffer, so will employee engagement and productivity, unless managers intervene to help them cope. Fortunately, there are specific interventions that appear to do just that.

To gauge the true consequences of incivility, think not in terms of dollars and cents but emotional resources. Every time an emotional injury is inflicted in the workplace, the victim’s stress level increases and precious energy is siphoned away from workplace tasks. More minor acts of mistreatment can be just as emotionally depleting as major ones, as ambiguous slights often trigger agonizing doubts and ruminations: Did he/she really say that? What did I do to offend him/her? Is this just the tip of the iceberg? Will there be more serious consequences if I do not do something about it? The increasingly demoralised and disengaged employee may eventually quit - but in the meantime he/she can pose no end of impediments to company goals.

Workplaces where stress levels already run high are especially sensitive to incivility (because employees’ emotional resources are already highly taxed). And since high-stress environments tend also to be high-stakes, incivility could be at the heart of some very costly, even tragic mistakes.

Nowhere are the stakes higher than in a hospital. Famously, healthcare facilities are not touchy-feely places to work, nor, arguably, should they be - a patient’s needs should supersede the sensitivities of doctors and nurses. However, with hospitals in many countries facing a nursing shortage that threatens to become a full-blown crisis, retention has become an urgent issue. If incivility were to send much-needed nurses packing, patients at the affected hospitals would bear the brunt.

We performed a two-stage survey of 618 nurses at a 550-bed teaching and research hospital in the south-eastern United States. First, we asked the nurses to rate the hospital on measures of incivility, other potential stressors (whether they worked overnight and felt workplace expectations were unclear), and exposure to managerial interventions known to mitigate stress and facilitate coping (team-building exercises and private informal meetings). Five months later, we asked how likely they were to look for a new job in the coming year.

We had hypothesized that incivility’s impact on employees depends on the presence of reinforcing stressors in the workplace environment and on whether managers step in to help employees cope. Subjected to regression analysis, the survey results supported our hypothesis: Nurses who felt unclear about their workplace role and/or worked the night shift were far more likely to be eyeing the door, if they felt their surroundings were uncivil. Those who experienced interventions to aid coping had less desire to leave, regardless of perceived incivility.

If high-stress workplaces can leave employees emotionally exhausted (a situation worsened when incivility is present), private informal meetings (PIMs) and team-building meetings can replenish their emotional resources. Administrators at hospitals and other pressure-cooker organisations should, we argue, regularly use these two interventions as a release valve.

Team-building exercises allow victims of incivility to discuss their feelings with the group, rather than trying to muddle through alone. Perpetrators are also given the opportunity to make their voices heard, so that no one feels their perspectives have been undervalued. Airing out all the issues puts everyone concerned in a much better position to move forward. In an ordinary workday, it’s impossible to address interpersonal issues so substantively and cathartically. Team-building exercises provide a valuable formal structure to turn negative feedback between colleagues into a positive experience.

PIMs are important for the opposite reason - their very informality lets employees unburden themselves of whatever might be weighing on their minds at work, be it a professional or a personal concern. Where appropriate, managers can direct employees to organisational resources (such as counselling) that can help. If employees raise problems related to incivility, managers can coach them on improving their relationships with colleagues. Ideally, PIMs would be scheduled frequently enough to nip conflicts in the bud. Based on the nurses’ feedback, we conclude that managers should aim to hold monthly PIMs.

All workplaces - not only pressure-cookers - run the risk of becoming uncivil if managers ignore employee emotions. Relying on HR isn’t good enough because a) incivility’s simmering tensions may not ever boil over into aggression sufficiently clear-cut to take to HR, and b) complaining to HR could cause an employee to be targeted for retaliation, and so worsen the incivility. Further, it’s dangerously complacent to assume that everything is fine between your employees because you haven’t heard otherwise. When in doubt, err on the side of being a little more concerned with your employees’ emotional well-being than strictly necessary.

Bad manners can be good for you