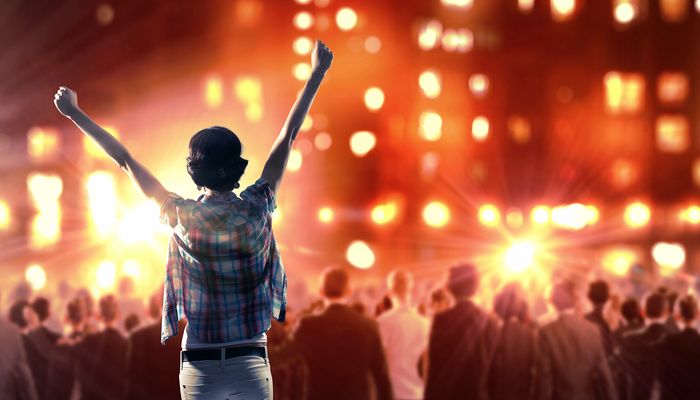 Image from Shutterstock.com
Nov 16 2016 by Rod Collins Print This Article

Each March, Fortune magazine publishes its annual list of the Best Companies to Work For. The list is based upon an extensive survey of a random group of employees from each of the applicant companies. The responses are converted into company scores that aggregate employees’ attitudes about management’s credibility, overall job satisfaction, and camaraderie as well as assessments of the quality of hiring practices, internal communication, training, and recognition programs. Last March, for the seventh time in the last ten years, Google (disclosure: the author is invested long) ranked #1 on the list.

Making the list is no small challenge; achieving the top spot seven times in a decade is truly an extraordinary accomplishment, especially in a business environment where various employee studies show that, in the typical organization, less than thirty percent of employees feel engaged in their work. While low levels of worker engagement and poor corporate cultures might have been acceptable - albeit not desirable - in the recent past, organizations that continue to tolerate a dismal place to work may be creating their worst competitive disadvantage.

That’s because, in a rapidly changing hyper-connected world, business is increasingly an inherently human endeavor where dedicated people collaborate together to delight customers in ways that continually exceed their expectations. Companies like Google and the others who populate Fortune’s list seem to recognize this current reality, which may explain why they share a common attribute: They all value the importance of culture as the most important ingredient of their business success.

Building a Great Place To Work

Larry Page and Sergey Brin rose to fame by creating an incredible search engine. Although they were late entrants into a crowded field of upstarts, they discovered a basic axiom that defines the fundamental dynamic of the Digital Age: Nobody is smarter or faster than everybody. Thanks to the digital revolution, we suddenly had the technology that transformed this idealistic truism into a practical reality, and Page and Brin brought this new reality to everyone’s fingertips.

Google’s success was nothing short of meteoric, and the innovative start-up quickly found itself growing into a large organization at an incredible pace. The two founders were suddenly confronted with the core challenge that faces every successful start-up: can the founders scale the success of a small team into a large distributed organization?

The investors, concerned that the two young founders did not have the maturity to manage rapid growth, insisted the founders hire a seasoned CEO to protect their investment. Although the founders did not necessarily agree with the investors, they acquiesced to their request, but only after they made sure they brought in the right CEO, Eric Schmidt, the former head of Novell, who like Page and Brin was an engineer and had attended the famed Burning Man event. It was the later similarity that let the founders know they had found a good cultural fit.

The Look and Feel of a College Campus

While Page and Brin may be most known for their search engine, their greatest innovation is arguably the organization that they built together with Schmidt, which is chronicled in the book How Google Works, co-written by Schmidt and Jonathan Rosenberg.

The founders were very mindful that they wanted to build an organizational culture, which like their search engine, was based upon the fundamental dynamic that nobody is smarter or faster than everybody. Accordingly, they shared a vision that a workplace should look and feel more like a college campus than a bureaucratic building and should be a space where people are free to pursue their passions and are naturally encouraged to collaborate, think boldly, and create new products that will delight customers. They wanted their company to be an organic laboratory for innovation. If you have seen the movie The Internship, which was filmed on Google’s main Mountain View, California campus, you’ve had a glimpse into how Brin and Page have realized their vision by creating a very different company.

In their book, Schmidt and Rosenberg describe in engaging detail the comprehensive mix of innovative practices and principles that enable Google’s high level of employee engagement. For those who are looking for a good place to start to begin to emulate how the best company to work for works, the following seven guidelines taken from the book may provide a foundation for leading your organization’s transformation:

1. Keep People Crowded. Google looks to hire smart creatives, and smart creatives thrive on interacting with each other. That’s why Google’s offices are predominantly open spaces designed to “maximize energy and interaction rather than status and isolation.” By keeping people crowded, Google kills what they refer to as “facilities envy.” When no one has a private office, people don’t complain about their space.

2. Work, Eat, and Live Together. The fundamental working unit at Google is the cross-functional team. Rather than physically separate product managers and engineers, as many traditional companies do, Google brings these roles together, along with scientists, designers, or other smart creatives, into a common space where they are continually interacting together, learning from each other, and, most importantly, solving problems together, in real-time.

3. Messiness Is A Virtue. Innovation is messy. Perhaps that’s why so many traditional companies - which detest messy and prefer orderly planning - struggle with innovation, despite their best intentions. At Google, messy is viewed as an indicator of progress because messiness is a natural by-product of self-expression and innovation. The leaders at Google understand that true order is not something that’s directed, but rather something that is discovered by embracing emergent processes. While these processes are messy in the beginning, they provide the needed space for the serendipitous connections of unusual things that become the inspiration for game-changing products.

4. Don’t Listen to the HiPPOs. At Google, the quality of the idea matters more than who suggests it. That’s why HiPPOs - Highest Paid Person’s Opinions - are considered dangers to be avoided in the landscape of ideas. Google prides itself on being a meritocracy where people are encouraged to stop listening to the hippos and to feel an “obligation to dissent” if they don’t agree with an idea. The free expression of ideas without pressure to conform is the soil in which working through polarities produces the higher level thinking necessary to enable innovation.

5. The Rule of Seven.In traditional management, there is an axiom that holds that seven is the maximum number of direct reports that any one person should have. Google inverts this axiom by making seven the minimum number of direct reports. The intent is clear: Google wants to be a flat organization where it is simply impossible for managers to micromanage the work of others. The typical manager often has anywhere from 20 to 60 direct reports to reinforce that Google’s managers are expected to act more as supportive coaches than sovereign supervisors.

The Bezos Two-Pizza Rule. This is a guideline that Google learned from Jeff Bezos, the founder of Amazon. The leaders of Google believe that the building blocks of organizations should be small teams because small teams, like families, “can bicker and fight, or even be downright dysfunctional, but they usually pull together at crunch time.” The two-pizza rule says that teams should be small enough to be fed by two pizzas.

Establish a Culture of Yes. When Page and Brin built the Google organization, they were very mindful that few things kill innovation faster than the word “no.” Traditional companies are often wittingly or unwittingly designed as passive-aggressive conveyers of negativity by installing process gauntlets, myriad approvals, and countless meetings before saying “yes.” One of the reasons that Google makes it difficult for managers to micromanage is to starkly limit their ability to use the No word. Google is a culture that’s biased to yes because the leaders understand that smart creatives don’t like hearing no, and if they hear no often enough, they will head for the door.

The leaders of Google think the ultimate value of a company is a well-established and a well-understood company culture that trusts in and believes in its people. Schmidt and Rosenberg capture the essence of Google’s powerful culture in one simple theme: Hire as many talented people as possible and give them lots of freedom. It’s a theme that you will rarely, if ever, find in the typical traditional organization, but it’s how the best company to work for works.