Human Rights: do the diligence 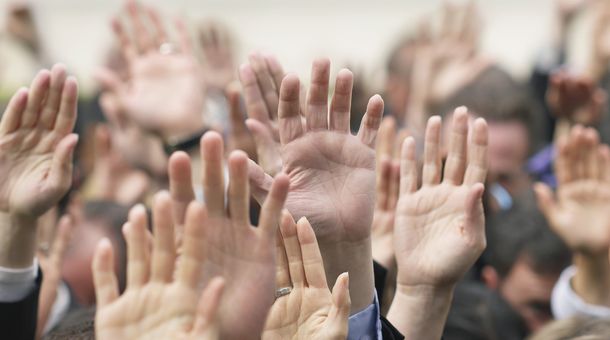 Image from Shutterstock.com
Nov 08 2016 by Robert McCorquodale Print This Article

The need for companies across all industry sectors to do genuine, focused human rights due diligence is becoming ever clearer. This applies both to a company’s own direct activities and within its supply chain and value chain too.

This was thrown starkly onto the front pages recently when a number of high-profile UK retailers, including Marks & Spencer and Asos, were caught up in allegations of child refugees from Syria working in very poor conditions for clothing suppliers based in Turkey. Some of the children were barely 15 years old and were working up to 12 hours a day at a rate of just £1 an hour - far below Turkey’s minimum wage.

This may seem like an extreme example - but the fact is that nearly every breach of human rights looks extreme. It’s an emotive subject by its very nature. It may seem very far away from daily business life. Yet when it strikes, the news can spread very quickly, fanned by social media, and have a hugely negative impact on corporate reputations. Increasingly, companies could be held to be legally liable too.

In short, no company wants to be faced with allegations of abuses of human rights. However, research that the British Institute of International and Comparative Law (BIICL) carried out recently with law firm Norton Rose Fulbright uncovered some worrying findings that show many companies still aren’t doing enough to tackle the issue properly.

The study was based on a survey of over 150 companies around the world, two thirds of whom were listed multi-nationals. We found that only 51 per cent undertook a dedicated human rights due diligence assessment which encompassed the full range of a company’s human rights obligations. The rest relied on catching human rights issues within other, more general due diligence.

These findings are particularly concerning as in the UK the Modern Slavery Act has come into force, meaning that companies with a turnover above £36 million need to report on steps they are taking to eradicate slavery and human trafficking in their supply chains. Meanwhile, the EU’s Non-Financial Reporting Directive, that requires large companies to report on their human rights due diligence processes, must be adopted into UK law by 6 December 2016, while the first Corporate Human Rights Benchmark (CHRB) is due to be published in the coming weeks.

So what should companies be doing? First, it’s vital to appreciate that human rights due diligence is not general due diligence. General business due diligence considers the risk to the company of actions such as mergers and investment, and is often voluntary or subject to limited regulation. Human rights due diligence, on the other hand, examines the risk to others of the activities of a company as an ongoing matter. Those at risk include a wide set of stakeholders - not only employees but also local communities, indigenous peoples, consumers and others. Many of these groups are simply not being considered.

Second, human rights impacts must be recognised at the operational level, where the interaction with the rights-holders actually takes place: on the factory floor; the construction site; the overseas operations; in the laboratory; and when supplies are procured.

Third, it’s necessary that this is done, because ignorance of human rights abuses is no defence. Companies will not only be liable for those human rights impacts of which they had knowledge, but also for what they ‘ought to have known’, had they been diligent.

It’s also essential that those measures that are put in place are monitored regularly. For example, major UK companies with ethical standards usually put in place codes of conduct or other contractual conditions with their suppliers. These will normally include provisions about a high level of labour standards, including health and safety and age limits (i.e. not under 18). However, they may not monitor these suppliers closely or rely on occasional audits to check compliance. This lack of action means that the UK company has not put in place appropriate human rights due diligence processes.

To achieve this, a multi-functional approach is required. Human rights due diligence is most effective where it is under cross-departmental management, including involvement from the corporate social responsibility, human resources, compliance and legal departments, with the commitment and involvement of the board of directors. Training and consultations with all stakeholders (and not just employees) and regular human rights impact assessments are also needed.

Our research also found that some of the most commonly used methods to try to prevent human rights issues, such as audits and internal investigations, are often not effective, while independent reports and grievance mechanisms are under-utilised. Codes of conduct and contractual provisions can be useful, but they may not always enable a change in practice. The direction of travel is clear: human rights scrutiny is only going to intensify. It really is essential that your organisation is moving with the times and ensuring that its human rights due diligence is all that it should be.

Robert McCorquodale is Director of British Institute of International and Comparative Law (BIICL). He is also a Professor of International Law and Human Rights at the University of Nottingham, and a barrister at Brick Court Chambers in London. Previously he was a Fellow and Lecturer in Law at St. John's College, University of Cambridge and at the Australian National University in Canberra.

Leadership and the power of the imagination

Environmental claims are just so much hot air