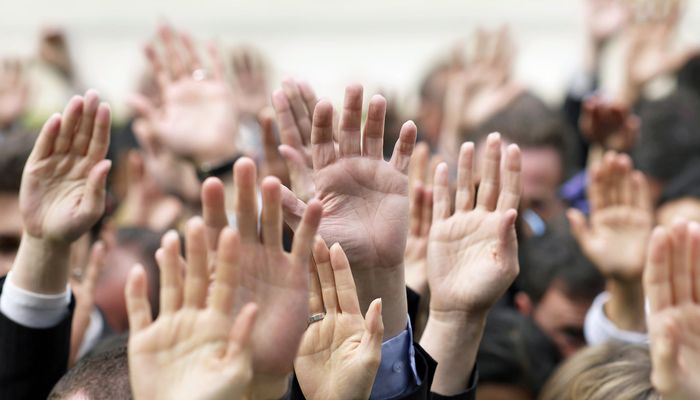 Image from Shutterstock.com
Oct 13 2016 by Rod Collins Print This Article

In two previous pieces, we looked at the groundbreaking research of Frederic Laloux into the history of organizational evolution and his identification of a revolutionary new organizational model he calls the ‘Teal’ organization. This new model is a radical departure from all prior organizational forms because it eschews the traditional top-down hierarchy and prefers instead the dynamics of the peer-to-peer network.

As a consequence, in Teal organizations, there are no bosses to give directions, make assignments, or hover over workers to make sure that things get done. Instead work is distributed among self-organized teams who decide among themselves what to do, who does what, and how things get done.

Despite the fact that Laloux provides numerous examples in his book, Reinventing Organizations, of workplaces that are successfully using this model - some of which are significantly outpacing their traditional counterparts - the idea that effective organizations can be structured as something other than a hierarchy is counterintuitive, if not down-right foolish, for most.

Tom Peters reflected this observation when he tweeted in response to the first blog on this topic, “It’s a good piece of work, but it’s foolish to suggest hierarchy un-necessary.” He would later tweet, “I have been talking / writing about self-management for 39 years. It does not portend the end of hierarchy.” As usual, Peters’ insights are both important and perceptive and, in this case, may shed light on nuances worth reflection.

At the core of Peters’ observations is a critical question: When it comes to human organizations, is hierarchy really necessary? Many will answer that hierarchy is absolutely essential and that, unless it is clear who is in charge and who is ultimately accountable, organizations will rapidly morph into anarchy. They will point out that the hierarchical model has been the most successful and the near universal structure for effectively organizing the work of large numbers of people since the days of the Roman Empire.

And yet, companies such Buurtzorg and Morning Star, which were highlighted in my second post on this topic, provide evidence that eschewing a top-down hierarchy doesn’t inevitably lead to chaos. In fact, the experience of each of these highly successful innovative companies is a compelling testament for a more effective structure for organizing large enterprises. So, we return to the critical question: Is hierarchy really necessary?

Understanding the Nature of Hierarchies

A hierarchy is an organizational system of persons or things where one is ranked above another. In addition to its use as the primary model for organizing large numbers of people, hierarchies have long been recognized as a fundamental dimension of the natural world ever since Aristotle first organized life into a ladder-like arrangement with plants at the bottom, animals in the middle, and humans at the top.

Hierarchies are a natural consequence of the evolutionary process where higher forms of life emerge from earlier forms through natural selection. Thus, in nature, hierarchies are not a given, but rather are products of a bottom-up emergent process. This is an important distinction between nature’s hierarchies and the social constructions we employ to organize human efforts. While we now understand how evolution works, the dynamics of emergent processes were beyond the limits of knowledge in Aristotle’s day, so it was reasonable to see how early civilizations assumed that hierarchies were the basic framework rather than a resulting development of the natural order of things.

Nature’s basic operating system doesn’t employ the rules of top-down hierarchies to accomplish its work; instead, the fundamental architecture that guides the natural order of things is a bottom-up structure of emergent processes known as a complex adaptive system. Melanie Mitchell, in her book Complexity: A Guided Tour, defines a complex adaptive system as “a system in which large networks of components with no central control and simple rules of operation give rise to complex collective behavior, sophisticated information processing, and adaptation via learning or evolution.”

What is most distinctive about complex adaptive systems is that, while they do produce hierarchies as byproducts, the archetype for their fundamental structures is the network. At their core, complex adaptive systems are self-organized networks that leverage collective learning to adapt to changing circumstances. This is in sharp contrast to the architecture of mechanical systems that are designed as functional hierarchies that leverage control to maintain equilibrium.

This distinction is important because it gets to the heart of the organizational design question: Is the primary orientation of the organization about maintaining equilibrium or adapting to rapidly changing circumstances? If it’s the former, a top-down hierarchy will work, but, if it’s the latter, building a self-organized network is likely to be the best design solution.

Regardless of which orientation is chosen, from a practical perspective, any organization will contain both hierarchies and networks. That’s because in every hierarchy, there are networks and, in every network, there are hierarchies.

In the typical hierarchical organization, there are usually clandestine self-organized networks of politically savvy workers who skillfully know how to work “under the radar” and bend the rules to get things done. In many instances, these are the unsung heroes of traditional organizations whose dedication to serving their customers and getting the job done right save their companies from the nonsensical and often inhuman consequences of bureaucratic rules. Without these informal networks, many top-down hierarchies would experience serious - perhaps even fatal - problems.

Similarly, in the most effective self-organized networks, hierarchies will inevitably emerge because, while all voices matter, all voices are not necessarily equal and decisions need to be made when consensus is not practical or possible. Wikipedia is a prime example. While the vast majority of content is completely self-organized by the over 300,000 active contributors who write and edit articles, there are occasions when disputes or other issues arise where the editors cannot agree on a consensus resolution.

In those instances, Wikipedia maintains a group of approximately 1,300 administrators, who are highly active contributors that have been vetted through a community review process. These volunteers have the ability to block and unblock user accounts, to close and reopen pages while resolving editorial disputes, and to delete and undelete pages. In addition, Wikipedia also has a group of trusted users, known as bureaucrats, who are expected to be capable judges of community consensus and who have the ability to add and subtract administrators.

Unlike traditional organizations, where top-down hierarchy is the fundamental structure for how work gets done, the hierarchical roles of administrator and bureaucrat in Wikipedia are ancillary interventions that are only used in the rare instances when the peer-to-peer network is unable to reach a workable consensus.

Whether we realize it or not, Wikipedia has changed the world as most of have known it. For the first time in human history, we live in a world where hundreds of thousands of self-motivated contributors - thanks to the innovative technologies of the digital revolution - can effectively self-organize their work in the context of a peer-to-peer network and achieve great things.

By transforming the world into a hyper-connected network, the digital revolution has given birth to what can best be described as the “network effect.” While this new phenomenon is likely to radically transform the way the world works - especially as the Internet of Things and blockchain technology usher in the second wave of the digital revolution - Tom Peters is probably right that the increasing proliferation of self-organized network structures that leverage the power of collective intelligence will not portend the end of hierarchies. But they are very likely to transform our understanding of the nature of hierarchies and when these ranked structures work best.

As we become more competent in learning how to build and lead highly effective self-organized networks, the hierarchies that persist will look and behave very differently from their historical counterparts because they are more likely to resemble the bottom up structures of nature’s complex adaptive systems than the top-down prescriptions of an artificial human construct better suited for a time before the world became a hyper-connected global community.

So while hierarchies will indeed remain necessary, they will no longer be needed as the basic strategy for how to organize the efforts of large numbers of people. Instead, hierarchies will serve as useful solutions in the rare instances where self-organized networks can’t achieve a workable consensus.

This article was previously published in the Huffington Post.