Workplace excellence can be contagious 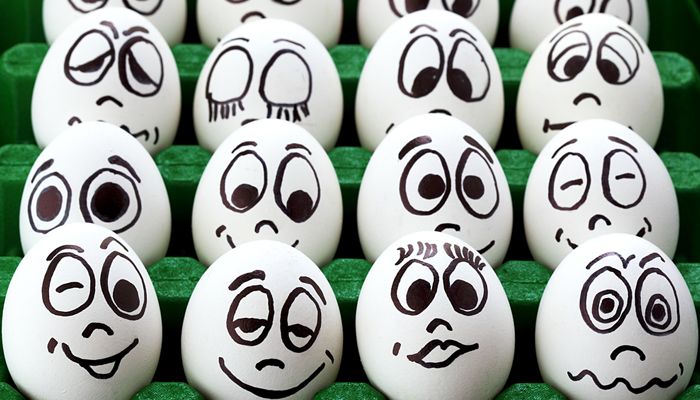 Image from Shutterstock.com
Oct 07 2016 by Serguei Netessine Print This Article

Big data is helping us learn much more about what drives sales in the digital environment. The traditional service sector, however, remains very much a “black box”. A physical sales environment, such as a clothing store or restaurant, is subject to even more intangible elements than e-commerce sites or apps - perhaps chief among them are the extremely nuanced and significant interactions between customers and staff. Attributing customer purchases to actions taken by an individual employee is ambiguous enough without considering how additional subtleties, such as cross-employee interactions and influence, may affect outcomes.

To resolve the obscurity around how skill in the service sector translates into sales, my co-author Tom Tan (of Southern Methodist University) and I conducted a study that led to a recent working paper, “When You Work With a Super Man, Will You Also Fly? An Empirical Study of the Impact of Co-workers on Performance”.

Taken together, our findings yield two meaningful takeaways: With algorithmic assistance, it is possible to quantify an individual employee’s innate ability as well as his or her sales performance; but, crucially, stats pertaining to individuals don’t necessarily tell you much about what will be in the till at the end of the night. The critical factor is team performance, which can often be more, or less, than the sum of the parts.

We collected point-of-sales data for three restaurants (all part of the same casual-dining chain) in the Boston suburbs from January 2011 to June 2012, including detailed information about each party and its server. Our data set covered 226,350 meals across the three locations over the 18-month observation period.

The choice to study restaurants was quite deliberate. The restaurant industry - which employs more than 14 million people in the U.S., most of them servers - has the lowest labour productivity in the entire service sector, as well as one of the highest staff turnover rates. There appears to be ample room for restaurant managers to improve how they engage with and organise their employees.

Restaurants are also ideal for studying cross-employee effects because servers differ widely in their abilities, can influence customer spending via cross-selling and upselling and work alongside multiple peers in the same shift - unlike department stores, for example, where salespeople in different departments work largely independently of one another.

Having established a baseline skill level for each server, we found that the servers’ sales performance during a given shift would rise or fall depending on who happened to be working with them. Low-skilled servers seemed capable of punching above their weight when the overall skill level of the team was higher. Importantly, this contagion can be charted in an inverted U-shape, meaning that when a shift was stacked too thickly with superstars, the other servers performed below their capacity.

The data doesn’t tell us why the contagion occurs, only that it does. But based on research literature, we can conjecture that for less skilled servers, observing more proficient colleagues kindles a competitive spirit and provides a role model to emulate. A certain amount of anxiety about not meeting the higher overall performance standard may also cause them to up their game. If the standard is set unreasonably high, however, intimidation or negative self-comparison may make them stop trying, creating a drop-off in productivity.

One thing we can glean from the data is that these cross-employee ‘spillover effects’ are sensitive to physical proximity. When low-skilled servers were stationed close to high achievers, their performance improved even more.

Considering that the usual profit margin for restaurants like the ones we studied is only 3 to 9 percent, managers will want to know whether spillover effects can be a tool for improving the bottom line.

Indeed, our study implies that managers can leverage spillover to increase overall sales without having to invest in either hiring or training. Needless to say, in an ideal world all servers would be excellent. However, since we know high performers are in short supply in this industry, the question for managers becomes how best to use them - whether to cluster them during the busiest shifts or to spread them around more widely. Because we found that the inverted-U shape also holds true for entire teams, our conclusion is that heterogeneous teams - teams comprised of both high-ability and low-ability employees - generate higher sales numbers than those with a narrow range of abilities.

Businesses should therefore construct their teams so that their collective ability level never becomes either too high or too low. Mingling the superstars with the low achievers carries an especially big sales boost for smaller teams; by extension, placing less adept individuals within larger teams is a good idea because it dilutes their depressive effect on sales.

If the restaurants we studied had optimised their teams’ ability levels across all shifts, we estimate that they would have enjoyed 2 to 3 percent higher sales, a difference that, in this sector, could divide success from failure.

Capitalising on spillover may require managers to change how they engage with the high performers on their staff. For example, compensation schemes may be altered to better reflect and reward superstars’ contribution to their peers’ improved sales performance. Taking spillover into account gives a fuller picture of the returns on investing in higher wages for top performers. Moreover, because visibility and proximity intensify spillover, managers may consider placing their high performers where they can be seen by all, thereby heightening their impact on the maximum number of employees.

Serguei Netessine is The Timken Chaired Professor of Global Technology and Innovation at INSEAD and the Research Director of the INSEAD-Wharton alliance. Prior to joining INSEAD in 2010, he was a faculty member at the Wharton School, University of Pennsylvania.

Are your teammates competent?

How one bad apple can create a toxic team