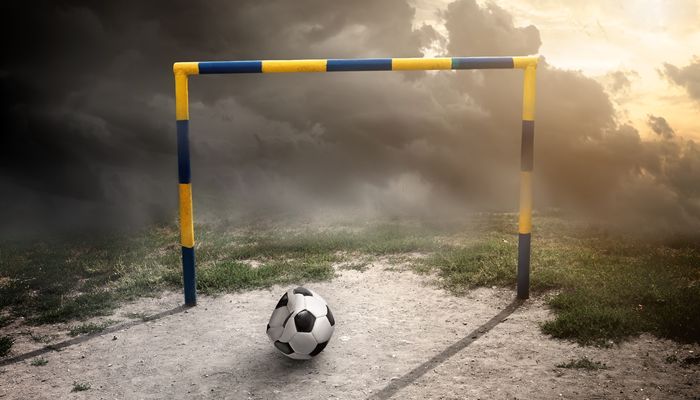 Image from Shutterstock.com
Sep 29 2016 by John Blakey Print This Article

Some weeks ago I had the pleasure of listening to Martin Glenn, CEO of the Football Association, as he championed a ‘women in leadership’ FA programme on which I am coaching with the Institute of Directors. What struck me about Martin was his humility. He was casually dressed, informal and self-deprecating in his assessment of the challenge the FA faces in bringing more women into football boardrooms. For an Oxford-educated, white man of a certain age it was not what I had expected.

Fast forward two weeks and a different white man of a certain age, ‘Big Sam’ Allardyce, England’s football manager, was revealed on camera lording it over Far East businessmen, who turned out to be under-cover reporters. Flush with self-importance, Big Sam demeaned his predecessor, took casual pot-shots at various respected colleagues and set himself up as a ‘master of the football universe’ when talking of the secret machinations of the player agent underworld.

Just 24 hours later and Big Sam had disappeared in a puff of smoke; consumed by his own arrogance having lost the trust of his FA masters. Just 67 days and one game after landing what he described as his "dream job", he was gone, the shortest-serving manager in English football history. In the nine habits I describe in ‘The Trusted Executive’, Big Sam fell foul of habit No.6: Choosing to be Humble.

The sad story of Big Sam reveals that in a diverse, technology-enabled, media-driven world, trust can be lost in a flash. And not only can trust be lost by acts of explicit dishonesty, or blatant incompetence, but it can also be lost by more subtle means such as thinking you are better than everyone else, putting yourself on an undeserved pedestal and acting like the master rather than a servant of ‘the game’.

The trustworthy leader realises that there are undercover reporters in every boardroom; exposure is always one click away. Leaders operate in a social-media echo chamber in which nothing can be hidden. This excruciating transparency is stripping back the arrogance of leadership and demanding a humility of our leaders that has long since been forgotten in the 20th century rush to pile up riches, embellish status and bask in the cult of the celebrity ego.

Choosing to be humble is a tough medicine to take. As C.S. Lewis said, it does not involve ‘thinking less of yourself, but thinking of yourself less’. It involves putting yourself in service rather than expecting grace and favour. It involves raising others up not putting them down. It involves thanking your lucky stars not drifting into a world of privilege and entitlement. It involves falling on your sword when things go wrong.

Big Sam’s short term loss is the FA’s long term gain. In the shadow of Martin Glenn’s leadership, the FA has set an example that other businesses would do well to follow; no-one is bigger than the reputation of ‘the game’, whatever that game may be. A victory on the pitch will ultimately mean nothing if those in the stands lose faith in the values of the sport.

Likewise, smashing the short term KPIs on your business scorecard will ultimately mean nothing if your stakeholders lose trust in the integrity of your long term brand. Being a Trusted Executive means taking care of results, relationships and reputation. In this new leadership paradigm, it is not enough to focus upon results alone. Ask BP. Ask Volkswagen. Ask Sports Direct. Ask Big Sam. Ask Sir Philip Green.

Workplace excellence can be contagious