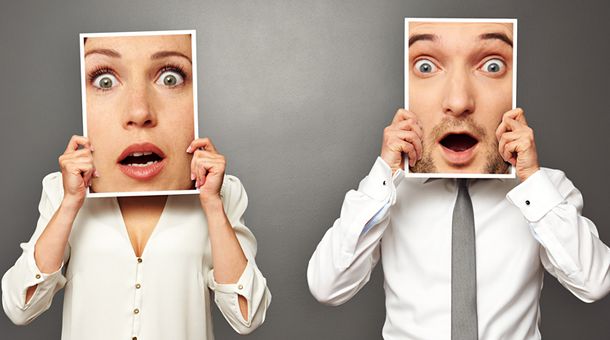 Image from Shutterstock.com
Sep 26 2016 by Duane Dike Print This Article

Feelings… I’ve heard some bosses say, in so many words, that the (unnecessary?) feeling word is a disguised approach to ruining business futures. They tend to believe that feelings are ancillary, that it’s better to go about your business with the boss’ thoughts and impressions in mind. These bosses can disguise themselves as nice, caring, hospitable humans (and they probably are - up to a point), but the thinking that followers can’t feel is an error.

But the older I get, the more I see that feelings welcomed by managers from the rank and file are good for business, that results can improve when you listen and respond appropriately to their expressions.

Just this last week I had an encounter with an employee who was wrestling terribly with her feelings for a relative. The relative used to work at our place of business but had left to pursue other things. The employee I listened to was disturbed by her relative’s decision. She thought it wasn’t right to leave when their financial stability wasn’t all that great.

The reason I bring up this conversation is not to gossip or show off a fellow journeyer’s disturbances. Nope. The reason is this is just one employee out of hundreds or thousands of employees who each have their own problems creating negative feelings. Most of these feelings drop by the wayside, someday. But some stick around for a while, sometimes disturbing the person’s workability. Sure, my job as a manager is to ensure that our workforce is productive, but sometimes these disturbances in the force occur. I’ll bet any number of employees could express similar stories.

So, my job, I feel, is to listen. I can’t necessarily recommend that these disturbed employees do something, other than, let’s say, take a few vacation days to straighten things out. And, I do have to keep productivity in the front of my mind since, well, that’s why my business runs. But listening is so critical to the operation. Sure, I’ve seen lots of tears. Turmoil runs deep. But, if I listen and volunteer to help any way I can, my reports’ world seem to improve.

A little over two years ago my dog, Penny the Pembroke Welsh Corgi, died. I can write about it now with relative ease. But, at the time, it was a miserable encounter. She died of pancreatitis. Basically, her digestive track wasn’t working. She stopped eating, grew lethargic, and apparently decided it best to leave this earth. I was heartbroken. I knew she had to go someday but it wasn’t supposed to be yet. Somehow, in my logical brain, I thought her supposed-to date would never come. It did.

Penny and the People at Work

The reason I tell this story is people at work found out about my feelings. (Can you say, “Facebook?”). And, surprisingly to me, they cared. Sure, I knew they all had work to do, but they took time out to listen to me and tell me they were sorry. Those simple words of encouragement meant the world to me. I knew I’d get better, but those conversations let me know it was OK for me to agonize in the short term. Even my boss told me that he was sorry.

It’s weird because the death was of a dog. An animal. Yet, that animal meant the world to me. I hate to say it, but her passing hit me harder than many human passings.

The word feeling(s) has so many meanings. I’ve only really talked about one. But, any way it’s defined, it can be supported by studies that feelings are just as important as reason when guiding decisions. We are feeling beasts. Sure, we often try to hide them, which is probably a good thing for long term issues, but feelings are just as important as any other decision making tool. The fact that my dog died has added arrows to my quiver for future decision making and advice counsel.

An example. Years ago a friend of mine and I were taking a walk. He tends to be more practical, more actual than most humans, although he does know how to let loose. Anyhow, the day was gorgeous so, I said, “Man, what a beautiful day. The weather is perfect.” (Wispy clouds, perfect temperature, light breeze.) My friend responded, “Yeah, the temperature has got to be 72 to 73 degrees (Fahrenheit).” I stopped, looked at him, and we both broke into uncontrollable laughter. I learned from him, and he from me. I think we’d make perfect business partners, but that didn’t seem to happen. We still keep in touch, but live thousands of miles apart.

“It’s never too late to go out and get that feeling back.” [Loretta Swit]

Social media: how did we get here?

I think, therefore I feel

The best way to vent your feelings