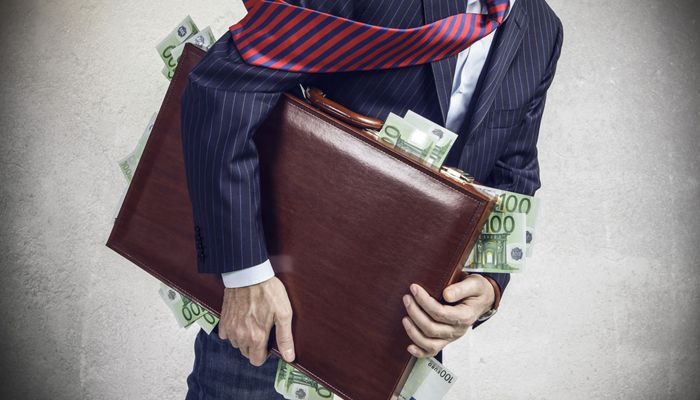 It is said that without greed we would still be living in caves but, left unchecked, the insatiable desire for more and better material things can be destructive.

Pavel felt that he had had a good day. At the most recent board meeting of the Raler Company, he had managed to push through a salary and bonus packet worth $20 million, taking his CEO-to-worker pay ratio to four hundred. But in spite of this formidable pay packet, it did grind on him that some of his colleagues in other listed companies were making more. He comforted himself with the knowledge he had other irons in the fire. His purchase of the most advanced Gulfstream corporate jet made him feel better - at least for the moment. He also gained a modicum of pleasure from the fact that Raler paid for his $20 million New York penthouse apartment. Plus he had a generous expense account set up to give him unrestricted opportunities to charge for personal items, including the cost of a yacht rental of $20,000 dollars last summer.

Despite these luxuries and perks, Pavel continued to question whether he deserved more? After all, wasn’t he the maker and shaker of the company? Adding to his lingering sense of dissatisfaction was the thought that he still wasn’t a member of the billion-dollar club. He wondered how he would be able to reach that milestone.

As always, life is full of surprises. In the middle of a heated discussion pertaining to a takeover bid, from which he stood to make a real financial bundle, Pavel had a stroke. For a short time, he was kept alive on life support. But soon after, it was death that put an end to his sense of never having enough. For Pavel, life without money had always seemed incomplete, but money without life turned out to be quite useless.

Pavel is a good example of the greed and excess that is the hallmark of many executives. Greed is a characteristic that cuts across most human endeavours and goes back as long as our species has been on earth. Throughout humankind’s history, greed has had a mixed press. On one hand it has been hailed as the motor of economic growth and human progress, on the other, uncontrolled greed, has been seen as the cause of much misery, as recent economic history has shown very dramatically. In spite of these examples, our culture continues to place a high value on materialism, and, by extension, greed.

What are the warning signs of uncontrolled greed?

Overly self-centered behaviour becomes the first give-away of greedy people. Greedy people are always saying “me, me, me” with very little regard for the needs and feelings of others.

Greedy people lack empathy. Caring - being concerned about the feelings of others - is not part of their repertoire. As such, they have little qualms about causing pain to others. Their inability to empathise, their lack of genuine interest in the ideas and feelings of others, and their unwillingness to take personal responsibility for their behaviour and actions makes them very difficult people to be with.

They are never satisfied. Greedy people look at the world as a zero-sum-game. Instead of thinking that everyone would benefit as the pie gets larger, they view the pie as a constant and want to have the biggest part. They truly believe that they deserve more, even if it comes at someone else’s expense.

Greedy people are experts in manipulation. They are highly talented in taking credit for work done by others. They can be charming, but their principal agenda is to have people around them that feed their ego.

Greedy people are into the short run; they are focused on satiating their immediate needs and leave it to others to cope with the consequences. To illustrate, as leaders of corporations, they are more interested in getting their bonuses, instead of making investments for future innovation, or to share whatever benefits accrued with their employees.

In the pursuit of their material needs, they know no limits. Greedy people are not good at maintaining boundaries. They will compromise moral values and ethics to achieve their goals. They look for loopholes or clever ways to outsmart the rules and regulations that have been put into place to moderate this kind of behaviour.

What I have learned from experience dealing with executives that suffer from the greed syndrome is that it is usually the foolish decisions born out of greed that eventually prompts them to make changes. Often setbacks, such as health issues or serious interpersonal problems, propel them to confront their addiction to greed.

To create a motivation for change, people obsessed by greed may have to go on an inner journey (perhaps accompanied by a coach or therapist) to uncover the unconscious sources of their singular pursuit of wealth. Doing so may imply dealing with the childhood setbacks that they have experienced that makes them behave the way they do. It means that they may have to deal with unresolved conflicts, to cope with pent-up emotions and anger, to work through unfulfilled dreams, and to face the various defences that drive them towards excessiveness.

They may also need to become acquainted with what is really essential in life such as love, emotional intimacy, unconditional acceptance (and self-acceptance), and “rich” satisfying relationships.

People suffering from the greed syndrome need to find ways to move on from egoistic strivings to more altruistic ones. It’s important they recognise that they have a choice. This means stepping back, and looking at other options open to them rather than mindlessly following their cravings for more. Greedy people need to recognise that we can only be rich if we are able to give. Taking this altruistic route, requires persistence, patience, humility, courage and commitment. Not doing so, however, will be at their peril, as Pavel discovered to his detriment.

The bigger question we should ask ourselves is how can we change the societies we live in that are based too much on acquisitions and excess? As Schopenhauer once said, “wealth is like sea-water; the more we drink, the thirstier we become.” If we learn how to overcome greed, we may have a simpler, more meaningful, happier and richer life.

Do CEOs deserve their pay?