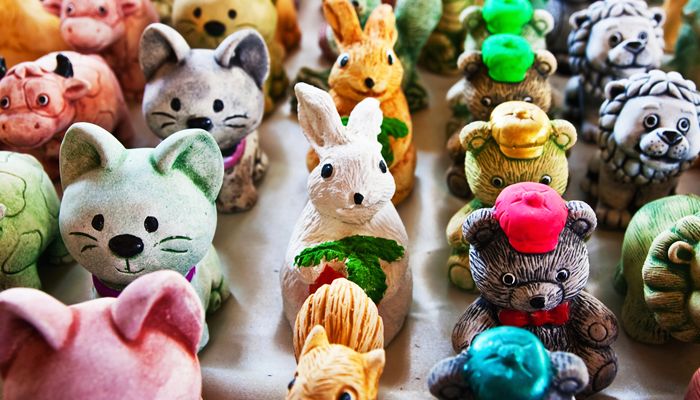 Image from Shutterstock.com
Sep 12 2016 by Rod Collins Print This Article

Last month, we explored Frederic Laloux’s color-coded typology of organizational evolution, and I left you with this question: What color is your organization? Chances are that most of you responded either Orange or Green.

If you are one of the approximately 70 percent that workplace surveys report are not engaged in the workplace, yours is probably an Orange organization where the primary focus is on making the numbers and management practices are clearly top-down. If you are lucky enough to be in a workplace where you feel engaged and your voice matters, yours is likely a Green organization that views strong human cultures and a focus on delighting customers as the pathway to profitability.

But regardless of the color of your organization, it is almost certain that the vast majority of you report to a boss. The difference between being in an Orange or a Green organization is those of you in Green organizations probably like working for your bosses a lot more than your Orange counterparts.

However, if you work for Buurtzorg, the Dutch neighborhood nursing organization, or Morning Star, the world’s largest tomato processor, you don’t have a boss, which is why the color of your organization is Teal. Buurtzorg and Morning Star are two of the innovative enterprises that Laloux highlights in his book Reinventing Organizations: A Guide for Creating Organizations Inspired by the Next Stage of Human Consciousness. These Teal organizations are models of an evolutionary leap in organizational design that may very well represent the future of management.

Buurtzorg was founded in 2006 by Jos de Blok, a nurse who had a radical idea for a better way to organize neighborhood nurses - one he knew would never be accepted in the traditional organization where he worked. In the Dutch health care system, neighborhood nurses have an essential role, working hand-in-hand with hospitals and family doctors. But at the time, every one of the approximately 85 nursing organizations followed the Orange model where the primary focus was on efficiency and economies of scale. Accordingly, the various tasks of these organizations were distributed into specific functional roles, such as intake specialists, schedule planners, call center employees, and, of course, managers and supervisors.

What concerned de Blok was that, although this typical arrangement was highly efficient, it unwittingly enabled a system that lost track of patients as human beings. For example, because schedule planning was done by people who didn’t know the patients and whose primary interest was minimizing the travel time of nurses between visits, the patients had no continuity of care and would see different nurses from visit to visit. While the system appeared to be managing costs well, the same could not be said for managing patient care.

To correct this problem, de Blok put in place an organizational arrangement where nurses work in self-organized teams of 10 to 12, with each team responsible for the care of 50 patients in well-defined neighborhoods. From day one, no one on the teams has ever been in charge and there is no prescribed division of labor. Instead, the teams are responsible for collectively distributing tasks among themselves, monitoring their own performance and productivity, and making important decisions that affect the team.

Jos de Blok’s innovative organizational paradigm has been extraordinarily successful. In its first seven years, Buurtzorg rapidly grew from 10 to 7,000 nurses, and today employs two-thirds of all neighborhood nurses in the Netherlands. Buurtzorg requires almost 40 percent fewer hours of care per patient than traditional nursing organizations because, by putting patient care first, Buurtzorg’s clients heal faster, are less likely to be hospitalized, and stay in care half as long. It turns out the key to efficiency has less to do with focusing on costs and managing travel time between visits, and more to do with providing a human care experience for the patients.

No Coercion and Keep Commitments

But Chris Rufer is not a conventional businessman. So when he decided to start a tomato processing business, Morning Star, he structured his company on two foundational principles: No one person should have the authority to coerce another person, and all individuals should keep their commitments to the company mission.

With these two principles in mind, Rufer designed his organization as a peer-to-peer network without any supervisors, where individual workers negotiate specific commitments with their colleagues and measure the status of these commitments on a bi-weekly basis. The linchpin for this unconventional approach to managing a complex organization is a rubric known as the Colleague Letter of Understanding (CLOU).

Before the beginning of each business year, colleagues in the various business units of the tomato processor gather to discuss business strategy for the upcoming year. Following these strategic sessions, each worker negotiates a CLOU with the colleagues he or she works with or services most directly. Typically, a worker negotiates with about ten colleagues, and a completed CLOU can list up to thirty specific deliverables with relevant performance metrics.

The negotiation and the documented agreement of measurable deliverables form the basis of the shared understanding that directs the coordination of the individual efforts of each of the workers. By holding colleagues accountable to each other rather than to supervisors, Morning Star creates a highly collaborative environment in which everyone effectively becomes each other’s customer.

Throughout the year, detailed business information is updated twice a month and made available to all employees so they can track the metrics in their own and their colleagues’ CLOUs. The transparency of critical financial and operational data is essential for self-organization to work well. Unless people have real-time access to data throughout the year, negotiating CLOUs runs the risk of becoming nothing more than an empty exercise. With the data, CLOUs can be a lever that drives extraordinary business performance, as Morning Star has demonstrated. It turns out you can get a lot done when no one is in charge. Today, Morning Star has grown into the world’s largest tomato processor, with 400 full-time colleagues and 2,000 part-time workers during the summer harvest season.

Buurtzorg and Morning Star are impressive examples of how Teal organizations can be far more effective and efficient than their traditional counterparts. Given how their stories are so impressive, it’s somewhat surprising that more organizations don’t follow their lead. Yet, when Zappos made the decision to move from being a Green to a Teal organization by adopting the bossless Holacracy structure, CEO Tony Hsieh and his leadership team faced a firestorm of business media criticism for what many felt was a senseless move for a company that was already well-known for its extraordinary culture of empowerment.

But perhaps Hsieh understands something that the media critics fail to grasp: We are living in a time of unprecedented change that is redefining the fundamental rules for how the world works. One of the most significant insights derived from Laloux’s study of the evolution of organizations is how the emergence of the Teal organization is so radically different from any other organizational transformation.

The moves from Red to Amber to Orange to Green were all done in the context of a constant dominant paradigm. Every one of these organizational types is some form of a prescribed hierarchy where people are led by someone who’s in charge. What changed over these early evolutionary phases was the scale, the motivational incentives, and the expected behaviors of those who held power over others. But what has remained constant across ten millennia of organizational evolution is an unquestioned belief that organizations can’t work unless someone is in charge.

While Buurtzorg and Morning Star have effectively challenged this belief, they’ve haven’t drawn media wrath because they have been essentially hidden in plain sight and could be written off as anomalies. Zappos, however, like the bright neon lights of its Las Vegas headquarters, is a force that cannot be ignored. When Zappos does something, everyone notices.

What is truly unprecedented about these first decades of the digital revolution is that for the first time in human history, we live in a hyper-connected world - a world where all people are available to each other on the Internet and where, very soon, all devices will be connected through the Internet of Things. In a hyper-connected world, power is not derived from being in charge, it belongs to the connected, which is why the network is rapidly replacing the hierarchy as the dominant paradigm of our time.

So what can best be described as the “network effect” will completely displace the silo effect that has shaped our organizational structures. It’s also why, as Tony Hsieh understands, the Teal organization is very likely the future of management.

This article was previously published in the Huffington Post.

Leadership for a better world