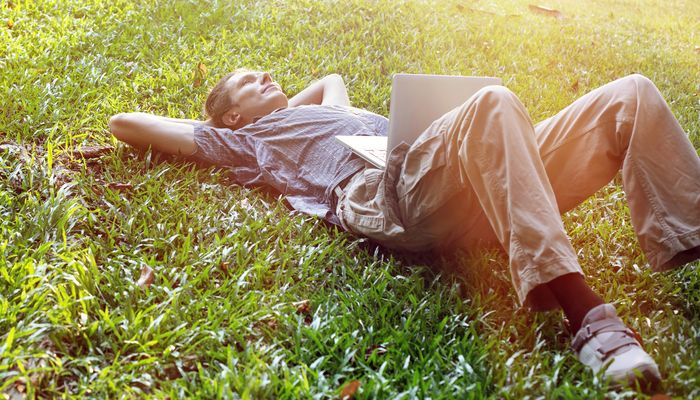 Image from Shutterstock.com
Jul 12 2016 by Rod Collins Print This Article

In a recent article in the magazine Acoustic Guitar, Adam Perlmutter chronicles the unusual career path of Dick Boak, one of Martin Guitar’s most creative luthiers. Today Boak is the historian-in-residence of the 183-year old company and one of the most respected craftsman in his profession, but his entrée and advancement in the revered company is an intriguing and unconventional tale.

Boak was enamored with music and woodmaking at an early age. He began making little instruments in his basement when he was 12 from balsa wood he would purchase at a local hobby shop. His artistic bent expanded when he became fascinated with the visual arts while attending Gettysburg College in eastern Pennsylvania.

After dropping out of college in the late 1960’s, the self-described hippie worked a series of odd jobs as an illustrator working his way cross-country where he settled in a commune in a rural area outside of San Francisco. By the mid-1970’s, Boak made his way back to Pennsylvania working as a performing artist and dabbling in lutherie when an act of trespassing would turn into a life-changing event.

An Unusual Hiring . . . and Firing

Boak would routinely skulk behind the Nazareth, Pennsylvania headquarters of Martin Guitar and rummage through their dumpsters for discarded wood. One day he was caught by a foreman who wanted to know what he was doing with the wood. Boak reached into his car and handed over two instruments. The foreman told him to stay put while he summoned the head of the company, C.F. Martin III, who was so impressed with the budding luthier’s creativity that he hired him on the spot.

Having had years of unsteady work, Boak appeared to have settled into his calling as he quickly developed a reputation as an innovative and creative luthier. When the CEO of the company hires you and everyone loves your work, you would certainly think job security would not be a problem. This would not be so for Boak because, at the end of his first year, he was abruptly fired.

Like so many companies of its time and most companies today, Martin Guitar was structured as a top-down hierarchy, and while the CEO may have hired him, the CEO was not Boak’s direct boss. After Boak had joined the guitar company, Martin hired an engineer who became his supervisor. Boak had been working on the design of the components for a new banjo model when his boss instructed him to move one of the joints in the design. Boak argued that repositioning the joint would cause the banjo to break, but the engineer refused to listen and ordered him to make the design modification.

Regardless, Boak was convinced the relocation of the joint would cost the company tens of thousands of dollars. He couldn’t sit idly by and let this design error go forward, so he reported his concern to the personnel manager. The following morning, Boak was fired by his boss with a stern rebuke for violating one of the prime rules of hierarchical management: never go over the boss’s head.

Creativity Wins Back a Dream Job

Boak was stunned and crushed that his dream job was suddenly gone. Deep down he felt this was wrong. After all, why should you lose your job when you’re acting in the best interests of the company? Why should following orders be more important than getting it right?

Landing this dream job had been a long journey, and Boak decided he was not going to simply give in. He would go over the boss’s head once again, but this time in a very creative way. He drew a limited edition of signed pen-and-ink prints of Martin’s acclaimed D-28 model, and personally delivered one to C.F. Martin III with the inscription, “Please consider this my reapplication for employment.”

Martin was delighted with the print and appalled to discover that Boak had been terminated. He immediately rehired Boak, eventually assigning him to produce designs for the factory gift shop where the fruits of his efforts resulted in a tenfold increase in sales.

Boak would go on to become Martin Guitar’s director of artist and public relations and develop the lucrative Signature Editions line of guitars. As for Boak’s former boss, he was dismissed a few years after Boak was rehired when a spike in broken banjo rims resulting from the joint design modification created a major quality issue for the company…

Dick Boak was fortunate that Martin Guitar was not a typical large corporation where his creative reapplication would have likely fallen on deaf ears. That’s because, while C.F. Martin & Company may appear to be hierarchically organized, it has always been and remains today a family-owned business dedicated to providing a workplace with open communications and promoting a safe environment of teamwork and cooperation. C.F. Martin III’s rehiring of Boak demonstrates that the company’s core values were not empty words but guiding principles for how to lead a company.

The Foundational Principle for Creating a Great Work Culture

Dick Boak’s story highlights an important foundational principle for business leaders who are serious about creating a great work culture: No single individual should have the authority to kill a good idea or to keep a bad idea alive. This is the key guidepost for the new peer-to-peer network management architecture that is increasingly becoming the preferred management structure among today’s most innovative enterprises.

While Boak was not a highly educated engineer, he was a skilled craftsman who knew how to build stringed instruments, and most importantly, he was right in his concern that the joint modification would create a financial loss. Yet, in this case, Boak’s engineer supervisor assumed he had the authority to make a unilateral decision and to mute the craftsman’s voice because that’s the way the world of hierarchical management works. In the typical hierarchical organization, the operating rule of thumb is clearly understood: Keep your mouth shut and do what you’re told.

A Dangerous Rule of Thumb

Unfortunately, this rule of thumb can be very dangerous because, if the most knowledgeable voices can be systematically silenced, the organization is, by design, embracing structured ignorance. Were there people inside Kodak or Blockbuster who knew their companies’ strategies and assumptions were fatally flawed, but had no way to bring their insights forward for fear of termination? What might have happened to the fate of these once corporate giants if their fundamental organizing principle prevented anyone from killing a good idea or keeping a bad idea alive? We can only imagine.

Even though C.F. Martin III did the right thing in bringing Boak back into the company family, he failed to take the step of implementing Boak’s recommendation on the placement of the banjo joint. While this lack of action was not a fatal flaw in this instance, hopefully Martin Guitar has learned from this experience and would handle a similar situation differently today.

As counterintuitive as it may seem, one of the most important - if not the most important - step a business can take to make sure it sustains high performance is to limit the authority of the bosses. If your organization has legions of supervisors - all of whom have the authority to silence their employees under the threat of termination for insubordination - then it’s probably just a matter of time before structured ignorance creates a difficult, and hopefully not fatal, business crisis.

There are companies who understand this counterintuitive wisdom and avoid structured ignorance by dismissing the very notion of insubordination. For example, when Chris Rufer founded Morning Star, the world’s largest tomato processor, 45 years ago, he structured his company on two foundational principles: No one person should have the authority to coerce another person, and all individuals should keep their commitments to the company mission.

With this in mind, Rufer designed his organization as a peer-to-peer network without any supervisors, where individual workers negotiate specific commitments with their colleagues and measure the status of these commitments on a bi-weekly basis. Without bosses, insubordination is not possible, and, with bi-weekly measures, the necessary transparency exists to allow anyone in the company to highlight something that might cost the company tens of thousands of dollars.

Google is another example of a company that avoids structured ignorance by making it difficult for its supervisors to micromanage and creating a space where it’s safe not to follow orders. The ratio of employees to supervisors at Google can be as high as 60 to 1, making it difficult for bosses to hover over people’s shoulders. And the technology company’s well-known 20 percent time makes sure that no one has the authority to kill a good idea by providing employees with time where they are free to work on anything they want, even if it’s contrary to direction given in their regular work.

What Morning Star and Google both appreciate is that work cultures are most innovative and productive when there is the free flow of both information and ideas, which is why they dismiss the notion of insubordination.

Leadership for a better world