The art of speaking well 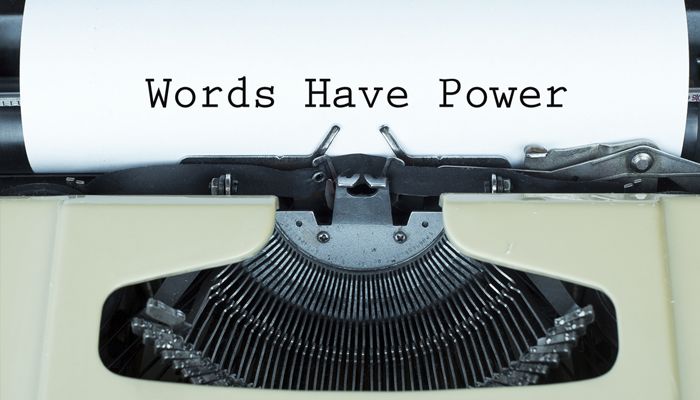 Words have power from Shutterstock.com
Jun 29 2016 by Michael Jones Print This Article

In times of crisis, fear and uncertainty, we need to pay attention to the art of speaking well - the ability, as Charles Darwin put it, for our words, language and way of speaking to become “a kind of machine for grinding general laws out of large collections of fact”.

There is a deadening effect to a literal language and ordinary speech. Some see our language as being in decline, taken over by professional groups who speak in jargon and code in an increasingly specialized and placeless society. The industrial and technological ages did not place a high value on language-making. Metaphors drawn from computers, sports, war and machines are often composed, not in rich or evocative imagery, but in data, bits and code.

When we are most in need of a language to express what we feel, words fail us. Our literal language seems inadequate when we are moved by great forces of fear, sorrow or joy.

In times past, the purpose of language was not only to inform but to transform. A living language is rooted in feelings and experiences. “Whatever you have to say, leave the roots on,” Poet Charles Olsen wrote. “Let them Dangle / And the dirt / Just to make clear / Where they come from.”

The quickening pace of our lives inhibits our ability to ‘leave the roots on’ and take the time to express what we really mean and root our language in experiences that feel authentic and real. Our utilitarian use of language pales when compared to the speech of such great orators as Winston Churchill and Martin Luther King, speakers who always knew the right tone, mood and language to bring to any crisis.

Yet we all have within us this ability to speak clearly and speak well in response to what the moment calls for. In these moments we don’t simply speak, we are brought to speech. Something primordial resounds through our literal speech giving tone, depth and meaning to the spoken word.

This is the moment when we find our ‘prophetic’ voice. In the ferment of our times, it is this voice that is most needed in that it may help illuminate a path forward. But these may also be the quiet voices and so difficult to hear.

This prophetic voice can be exercised in several ways.

When We Accept the Inner Authority to Speak

Those who speak out prophetically do so with no official standing other than the quality of their presence, the wisdom of their heart and the inner place from which they speak. They draw their wisdom to speak from the authority of their own felt life rather than from a defined and detailed strategy or ideology worked out in advance. Often they are following the thread of their own emergent understanding so they may feel unprepared to speak.

Martin Luther King did not speak from a prepared text for his famous ‘I Have a Dream’ speech. In fact according to those who were with King, he expressed a reluctance to give this speech. But by following the thread of his own inspiration and accepting that a life in language always lives between us and not from us, he heard the words that would move a nation.

When We Convince Through Our Presence

Robert Frost once said that words in themselves do not convey meaning - the sound of them does. When we speak truly and in response to what the moment calls for, our words become sound.

Prophetic speakers convince not from the exaggeration of their personality but from the quality of their presence. Their speech is an offering to the imaginative and joy filled sense of creation itself. The great wartime leader Winston Churchill gave one of his best speeches when, in response to the French generals who had predicted that Hitler would wring Britain’s neck like a chicken in three weeks said in response, “Some chicken, some neck.”

When We Speak in a Language of Hope, Not Despair

To speak well is to offer the world a narrative of hope rather than despair. All great speeches are love poems because they reveal a love for language and how words work together. As such, to speak prophetically is to offer a vision regarding how the future might be made right rather than being made wrong.

The strength of the prophetic voice is that it offers the expression of promise not deficiency. It is the intuitive voice that anticipates the best possible future before it happens. This narrative is offered in the form of an invitation rather than a plan or explanation. It is offered in the spirit true to the purpose of all poetry, which is to experience rather than explain.

When Our Words Are Strengthened by the Ferment of the World

Words matter and the limits of our language reveal the limits of our world. The prophetic voice is clarified and strengthened through ferment and complexity of our world, not weakened by it. Those that seek to reduce, divide or deny this voice compromise their own birthright and with it their authority to speak.

In other words a person is a prophetic speaker if his or her imagination is stimulated and expanded by the difficulties in the world, not dulled by them. They speak from out of the ferment of social upheaval, not from above it.

The art of speaking well initiates us into new ways of thinking and being in our world. It reminds us that we must continue to be vigilant. Words are not meaningless; they are not expressions that can be cast about without consequence. Words when used carelessly can easily transform a community into a mob.

In the shadow of this passionate intensity it becomes even more urgent that we serve as a touchstone for speaking clearly and compassionately. By centering the heart in our own quiet conviction, some new revelation may be close at hand.

Taking the terror out of talking

By their words you shall know them

The value of meaningful words

Our very life is in our voice