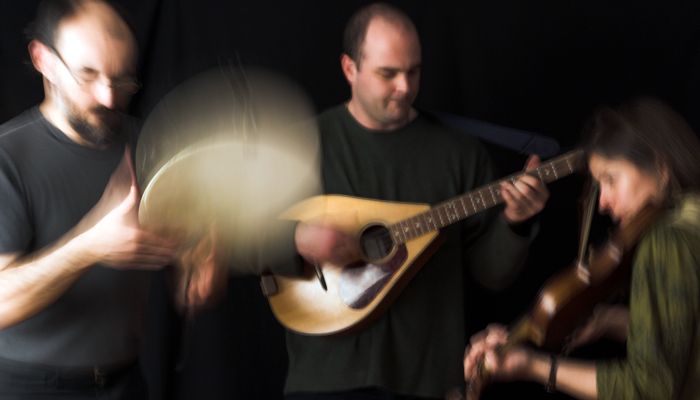 The phrase ‘authentic leadership’ is one that is much tossed around these days. I'm not really sure what ‘authentic’ means, especially in the context of leadership, but I suspect the original intent has long since fractured into thousands of interpretations. That’s unfortunate.

Confession time. I’ve written about ‘authentic leadership’, and in positive ways. And I’ve used the actual expression in at least one article. To me, the core of leadership is personified in one behavioral trait: be nice. Sure, being nice can mean all sorts of things depending on, well, all sorts of things. But, I'm not talking today about being nice. Instead, I'm talking about authenticity.

A Trip Through Ireland

My daughter and I had a great conversation about authenticity in a context of music and, ultimately, tourism.

While driving together around Northern Ireland we noticed signs reading, "Authentic Irish Music" or "Authentic Irish Food". The best was "Authentic Irish Village". So was authenticity an era, a culture, a place? Somehow, ‘authentic’ was getting interpreted as ‘traditional’ which refers to what we innocents think of as Irish-like. A little man in cap and vest, playing fiddle, dancing jigs. He's enjoying a plate of corned beef (which I've never seen in Ireland), cabbage and soda bread, washing it all down with a pint of Guinness.

How is it that image became what we non-Irish think is authentic? Did the tourist industry somehow shape that image? Was this fabricated heritage a snapshot of a romanticized past? Would, let's say, traditional Irish music even be a thing today if tourists didn't drive a resurgence? Universities offer degrees in traditional Irish music now. Somehow, that seems odd, although perhaps necessary.

I venture to say that authentic Ireland is something rather different. I heard more rock music than fiddles in Irish pubs. I sat in on school classes, choir practice, and had lunch in a school cafeteria. I even spoke to two classes about things related to entertainment and leadership. My daughter and I visited grocery, hardware, and plumbing stores. That is authentic Irish life: people going about their business, eating, getting haircuts, shopping, sleeping, reading.

The Webster definition of authentic doesn’t really help. Such definitions as, “Conforming to an original so as to reproduce essential features.” Or, “Worthy of belief as conforming to or based on fact.” And, one more, “True to one’s own personality, spirit, or character.” I think I like that last one, best, but ask me another day and I may come up with a different choice.

Now let’s take a look at ‘authentic’ in the context of leadership. Authentic leadership must mean the concept hearkens to an earlier image of personality, spirit, or character. In context of leadership, I suppose authentic means leader behavior is real and not simply leader-like. (Which means a road sign saying, “Authentic Irish Village” points toward nothing authentic at all, but an authentic-like representation of something that used to be true.)

I’ve written before that ‘true’ leadership is quality-based. Fake leadership is leader-like-sound-bites of things leaders might say. True, or authentic leadership, is the stuff of relationships. True leaders are human. The benefits of good relationships are psychological freedom, greater propensity to think about the work, and ethical behavior.

So, authentic leadership, like, let’s say, authentic Irish music is something that is true to itself. Popular culture is responsible for renewed interest of both. Leadership is a major discussion nowadays. In fact, universities offer degrees in leadership, just as they do in traditional music.

True, or authentic leaders don’t pretend to be anyone other than who they are: human beings in some sort of organizational authority. True leaders will emulate behaviors of other respected leaders without fakery.

“Authenticity is absolutely the key to a great tweet.” --- Dick Costolo.

A Christmas gift that lasts all year round

Seeing the world through the eyes of your employees