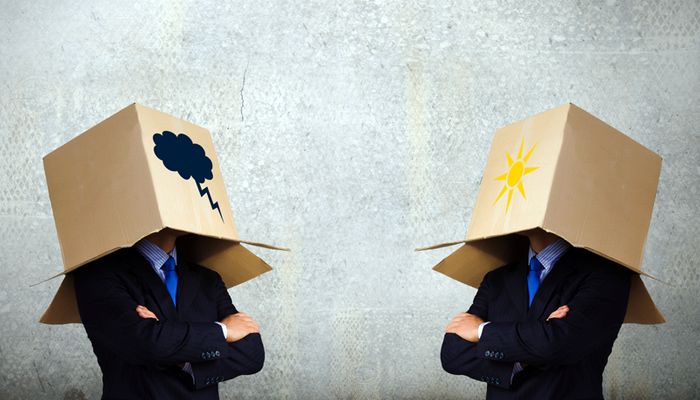 People with boxes on their heads from Shutterstock.com
May 02 2016 by Duane Dike Print This Article

This time I want to talk about recognition. But I don’t mean ‘recognition’ in the human resources sense. I mean at the most basic level - literally knowing who somebody is, being able to put a name to a face.

In the business world, however, names without faces are all too common. The larger a company grows, the more likely bosses will never remember or forget the names and even the faces of the people who do the work that makes their organization successful (or not). It’s a tough struggle. We want our companies to grow and be profitable, but with that growth, things like name / face recognition fade away.

Anyone who has been employed by a small company which has grown to something a bit or a lot larger has noticed many employment perks go away or change. Some bosses try to keep the one size fits all approach, but I’ve never seen that plan work. Others try to divide the organization into smaller, almost independent work groups but even then, differences in recognition levels can interfere with workmanship.

Regardless, good companies can grow to a point where bosses no longer know every employee. It’s impossible when the organization grows by thousands of employees. Mix in geographic expansion and the problem grows. The organization becomes, in effect, heavy duty names without faces, or worse, no names no faces.

Tons of studies have been conducted on ways to increase memory of names and faces. Except for rare circumstances, memory can improve but memory errors increase accordingly.

I had a college professor who taught an introductory psychology course. He had every intention of learning every student’s name. He was pretty darn good, really. He’d line up students in a fairly large class (80 members) during tests and while students were slaving away on their answers, he’d memorize our names. Worked pretty well, but even then there was a maximum level of memorizing.

So, what are company presidents and managers, or even college professors, to do? How can they increase recollection of names connected with faces? Good questions. One method outlined in many research articles is to associate names with something else, like occupations. The occupation gives an association of the name with something recognizable, like being an engineer, accountant, backhoe driver, or teacher. That method hits home with me. I work with thousands of employees but I only truly know the names of one or two hundred because I recognize their jobs in association with the person.

That Place we call Work

I recently interviewed a couple dozen candidates for a production manager role. Production managers are quested with putting together the entire prediction of an event or project, including such factors as budgets, distribution of work, and other logistics.

When I interview people and just associate names and faces, I’ll most likely forget what is significant about the person. In fact, I’ve forgotten some of these folks a few hours after interviewing! But, if I add something significant to the equation, my memory of the person’s name, place of work, and face shoot to the top of my memory banks. And, what happens when a person’s name and face is easily recognized? They get hired! The others might be good workers, but nothing significantly impresses me about what they’ve done so my mind chooses to not remember them.

How many times have you been introduced to someone with just a name and immediately that name is nowhere in your conscious head. I can’t tell you how often that has happened to me. So, if we know that some sort of categorization is necessary to increase name recognition, we’ve solved a good deal of the puzzle.

Not Only at Work

This trick works just about anywhere. A friend of mine, a band director at a university, has seen thousands of students over his 40-plus years on the job. Sure, he doesn’t know every name, but he has a pretty good track record. In his case, he combines names with something significant about their playing, like how they hold their instruments or tone or ability to play high notes. He memorizes something different about their playing that sets them apart from others. That’s probably why nicknames are so popular in marching bands. My son’s nickname at USC was Black and Decker, hopefully for his ability to fix things. (I’ll leave it at that!) The nickname is associated with the name which then makes the face that much more memorable.

So, sorry, names without faces will never go away, but with contextual comparisons of names with some other distinction, like occupation, nicknames, or some other distinguishing factor, we can do better. We should never be caught just relying on headcounts without consideration of faces behind them. That will send us down a road to ineffectiveness!

Listening and being heard

The space between people

Engage people by showing how their work contributes