A formula for trust 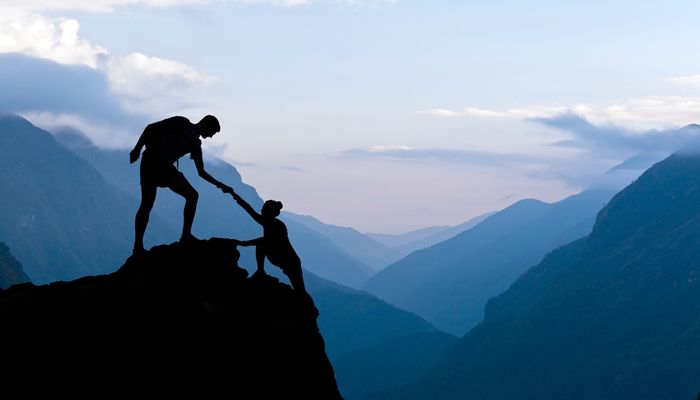 What do we mean by ‘trustworthy’? You might think that the answer is a simple one, but as far as leadership is concerned, defining the ingredients that make up trustworthiness has been the subject of years of academic debate.

In the seventies, Professor John Gabarro of Harvard Business School suggested that it resulted from the ability and character of the leader, with ‘ability’ defined as the skills and knowledge to be successful in the required role and ‘character’ comprising two further attributes of integrity and benevolence. In the eighties, other researchers countered by proposing a set of five characteristics of trustworthiness: integrity, competence, consistency, loyalty and openness. Later, in the nineties, Professor Aneil Mishra and his colleagues defined trustworthiness using the four dimensions of competence, openness, reliability and care.

But in 2007, along came Shawn Burke and his research team at the University of Florida to summarise a thirty year debate and to conclude that all models of trustworthiness could be boiled down to three common pillars: ability; integrity; and benevolence.

The pillar of ability refers to our professional competence to fulfil the core task of executive leadership; delivering results. You can be as nice as you want to me and honest and open and caring, but if you keep letting me down in terms of delivery, your trustworthiness will be shot. I’ve worked with a lot of salespeople who I would have trusted implicitly to look after my own children, but I did not trust them to bring in the next big deal.

I used to say to them, “The problem is that I’m beginning to lose trust in you”. It surprised them to hear the issue presented in that way. But it was the truth - and sooner or later, it ended up coming back to bite them.

When you speak to CEOs, the issue of delivery comes up time and time again. You can pick up from any of the following real quotes to confirm that this is not an area where CEOs see much room for debate:

The second pillar, integrity, refers to the extent to which we ‘walk the talk’. We need to be reliable in our behaviours and consistently live up to the values and standards we have set for ourselves and the organisation. Integrity has an ethical component; it implies honesty, openness and being fair. Often I hear people assessing the promotion potential of their team members and the individual’s integrity is often the first topic on the agenda.

It is surprising how good people’s memories are when it comes to recalling slips in integrity. A client of mine decided to block the promotion of a highly able leader based on a false expense claim that had been submitted many years ago when the individual had first joined the company. This minor transgression had permanently dented the perception of that individual’s integrity. Ouch!

Here’s what CEOs told me about integrity:

The third pillar, benevolence, refers to our concern for the well-being of others. The word comes from the Latin words ‘bene’ and ‘volent’; literally translated as ‘wishing well’. We show our good wishes to others through care, generosity and kindness.

I have been in many a boardroom where the leader has publicly humiliated a member of the team through put-downs, sarcasm and withering personal criticism. Those leaders were highly able and as honest as the day is long, but they were not trusted. We could get away with that in the blue pill world because we used authority as a surrogate for trust. Yet, increasingly, this approach will not work in a world where transparency dissolves the traditional levers of authority. Whilst the CEOs I interviewed did not use the word benevolence directly you can detect its presence in the following quotes:

Putting this together gives us the following formula for trustworthiness:

Note that this is a formula involving multiplication not addition. By the laws of maths, there are two consequences of this set of relationships:

Executive leaders who focus upon building ability, integrity and benevolence in parallel are practising trustworthy leadership. In focussing upon the three pillars we work equally hard to develop our ability to deliver results, our integrity to ‘walk the talk’ and our benevolence to do well to others. What is more, we set this example in our behaviour not just with the owners of our business but with all the diverse stakeholders of the modern business - staff, customers, suppliers, media, government and the public at large. 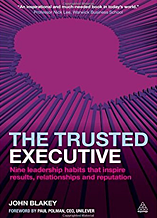 Adapted with permission from John Blakey's book, The Trusted Executive, which examines how leaders can create a strategy for building trust in an increasingly sceptical world.

If we do this rigorously and consistently we will build reputations as trustworthy leaders. When we combine these behaviours with our role as trusted stewards who are focussed upon delivering the triple bottom-line of results, relationships and reputation then we create a new paradigm for executive leadership that is fit for the demands of the 21st century.

When we do this, we also divert our organisations from the car-crash scenario that Howard Shultz, CEO of Starbucks, envisaged when he said, “To be a benevolent organisation you have to make a lot of profit, but if your sole goal is to maximise profit you’re on a collision course with time.”