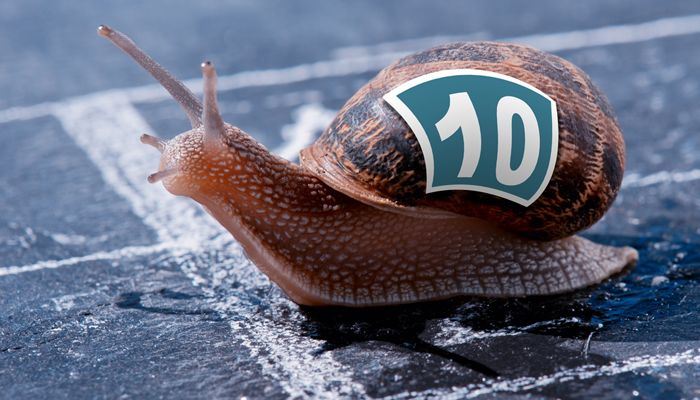 Snail winning a race from Shutterstock.com
Apr 08 2016 by Dominic Irvine Print This Article

How good a driver are you? Ask any group of drivers and almost all will rate themselves as above average. If that’s the case, who are all the bad drivers out there? Ask a manager if he’s good at his job and almost all will tell you that they are. And yet, just as with driving, by definition, most must be average, some less good, some a bit better and a few will be truly exceptional.

So it follows that it is only possible to be above average or higher performing if there are plenty of people who are not. Does that mean they are all losers, wasters or slackers? Of course not! That’s just nonsense.

The term 'high performance' is bandied about in business like some mythical state to which we all must aspire and which we can all attain, if only we just try hard enough. What rubbish. High performance exists within a context. The gold medallist sprinter makes a poor marathon runner. The elite, full time professional marathon runner is unlikely to be much good as a specialist in procurement. The CEO of a multinational company may not be the best person to do open heart surgery.

Whether it be running, procurement or leading a business, to be ‘the best’ means - by definition - that everyone else is worse. And yet, ‘high-performance’ is a term bandied around as if a) it’s a generic concept and b) we should all be high-performing. It isn’t and we can’t.

So should we stop trying to improve? No. You have a duty to strive to improve. That’s what you are paid to do. History shows us that in every sphere of life, what was once high performing is now average. The first Porsche 911 produced in 1964 had a power output of 128BHP from its 2 litre engine. Today, the sports version of the family mainstay that it is the Honda Civic produces a simply staggering 306 BHP from a motor of the same capacity. That’s 176 BHP more than the original 911. The same is true in running. The winning time for the marathon in the 1908 London Olympics was bettered by over 700 amateur club runners in the London marathon 100 years later.

There is a continuous trend of improvement. What we should not do is equate trying to get better at what we are doing as high performance. It is just performance. Doing the same thing again and again and making no attempt to improve what you do means that, in time, you will under-perform relative to others. Think of ‘average’ like a slow-moving glacier. Its movement down a valley is inexorable but imperceptible. You can stand on the ice and think it’s going nowhere. But it is.

Many a blog is written espousing the importance of goals, a vision, clear roles and responsibilities as the elements of high performance. They are not. They are simply the things necessary to work together. In just the same way as bread needs water, yeast, flour and a little salt, so team-work requires a common goal, communication, people minded to work together and an understanding of who does what and when. They are merely inputs to deliver an output just as the ingredients are needed to make a loaf of bread.

Loaves of bread that are considered exceptional as defined by a specific context, such as its ability to make great toast, are a function of the quality of the ingredients and the exceptional execution of the right processes to deliver the perfect loaf. A high performing team is one that deploys team working skills to deliver a product or service that is considered within its context to be exceptional when compared to what others have produced.

And here’s the rub. Most of us can neither afford nor want exceptional toast all the time. Most of us can neither afford nor need a high performance family car. One sports retailer has a clever strategy of having top end sports equipment mounted on the walls available for purchase. Underneath are stacks of average products. People aspire to the top end kit but need and purchase the mid-range products offered below. When they use it, in their mind’s eye they are the next Wimbledon champion or the Tour de France winner, and there is nothing wrong with that. It’s this aspiration that drives performance. There is space for average, just as long as we realise that average must be a constantly improving thing.

My plea is for some honesty in the workplace. Let’s stop using terms like ‘high performance’ as if it is something everyone can achieve. By definition they can’t. Let’s stop pretending that the basic tools of working together are somehow what high performance is. Without these tools you can’t perform at all, let alone be exceptional. High performance is a truly special state achieved by very few and within a clearly defined context. It’s a worthwhile thing to aspire towards achieving, but let’s not be naive in thinking it’s possible for everyone.

Dominic Irvine is the founder of UK-based learning and development consultancy, Epiphanies. He has spent the whole of his working life dedicated to developing others. His areas of particular interest are innovation and individual and team performance. He is currently writing a book with Dr John Wilson from the University of Sheffield on performance. In his spare time, Dominic is a record-breaking ultra-distance cyclist and takes part in races across the world.

What do you get when you pay people to perform?